This January, Greenpeace and a team of independent scientists from Stony Brook University sailed the Greenpeace ship Arctic Sunrise to the Weddell Sea in the Antarctic Peninsula to research the impacts of climate change on remote Antarctic penguin colonies.

We visited places that have rarely or never been documented before. Many of our findings confirm our worst fears; that once-pristine Antarctic ecosystems are changing drastically. But fortunately some of our findings in the Weddell Sea also offer hope.

Our team conducted research in the remote Weddell Sea. This is the site of a vast proposed Marine Protected Area (MPA), which was originally proposed nearly a decade ago by the Antarctic Ocean Commision (CCAMLR) but has still not been delivered.

To understand how the Antarctic Ocean is faring, Stony Brook scientists monitored the breeding of two of its integral residents: Adélie and gentoo penguins. Penguins are sentinel species, which means that the state of their colonies can tell us a lot about the changing health of an ecosystem. This was the reason why our team turned to them for clues on how climate change, industrial fishing and other pressures may be impacting the Antarctic.

We visited places that have rarely or never been documented before.

Our team of campaigners and scientists in the Weddell Sea. 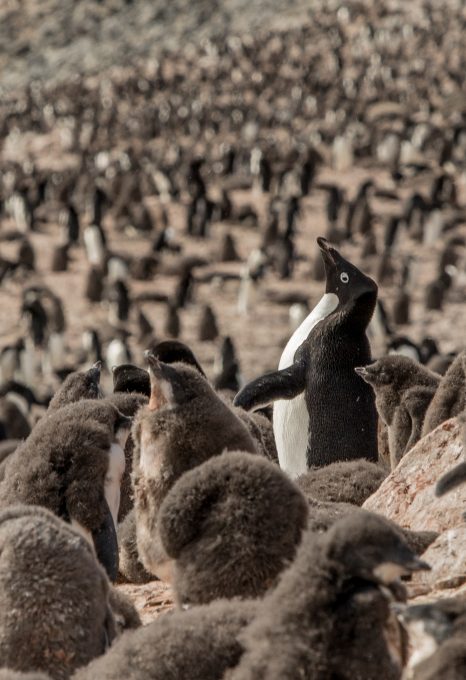 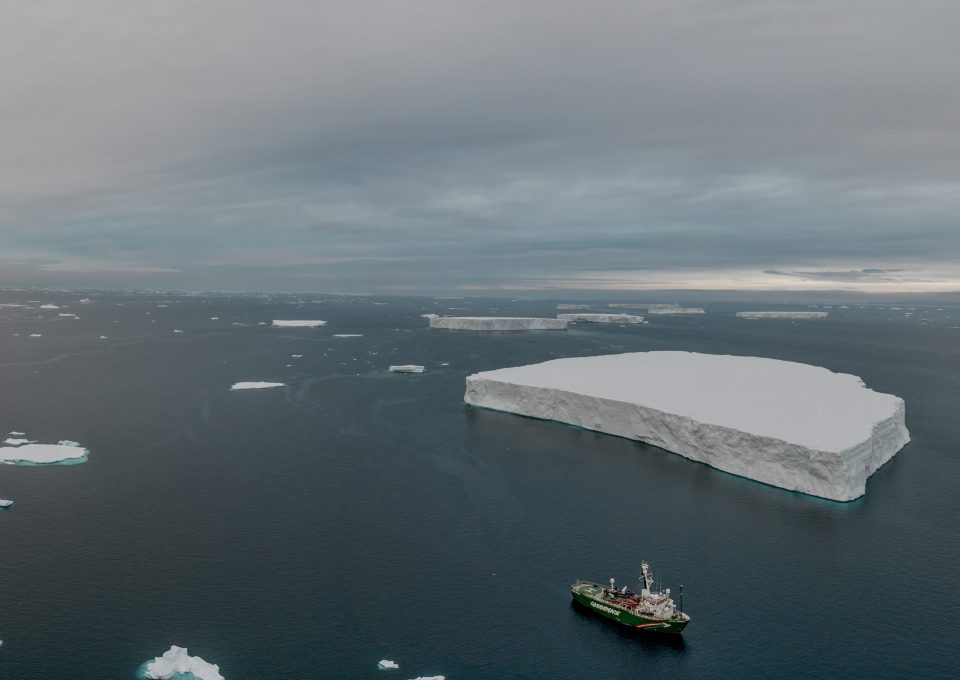 Photo of the Arctic Sunrise in the Erebus and Terror Gulf, Antarctica.

Penguin colony in the Weddell Sea.

While Adélie penguins need cooler ecosystems and rely heavily on the Antarctic cold water creature, krill, for their diets, gentoos can fare well in relatively warmer climates. Compared to Adélie penguins, they enjoy areas with less sea ice. They dive deep for their food and don’t rely as heavily on krill.

Based on trends shown in previous research, scientists predicted that gentoo penguins might be migrating further south in response to climate change, while Adélie colonies may collapse in already cooler, more southerly regions. Some researchers referred to these changes as a type of ‘gentoo-ification’.

What we saw confirms our worst predictions. 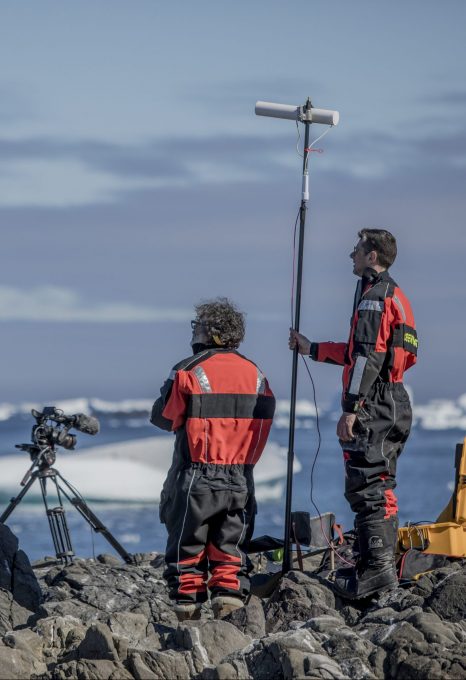 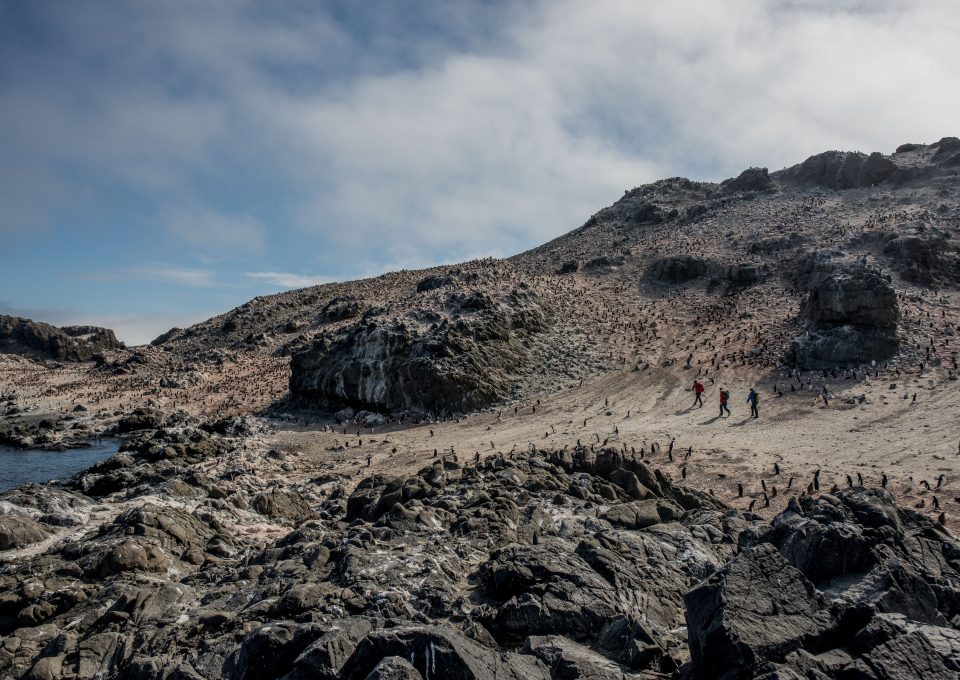 But there is hope: Adélie penguin populations have not yet collapsed across the Antarctic. We documented vast colonies of stable Adélie penguins in the Weddell Sea. Their stability is vital new evidence that the Weddell Sea could be an important climate refuge for wildlife, sheltering the wider ecosystem from the worst impacts of the climate crisis. We need to make sure it stays so.

The stories of the Adélie and gentoo penguins present a crossroads: our crew documented the climate crisis already changing the edges of the Weddell Sea with gentoos moving south, but we also saw the Adélies resilience in more sheltered areas. The penguin colonies’ entangled stories should be a call for action for world leaders to address the climate crisis and to protect Antarctic ecosystems and other vital marine areas globally.

This March, world leaders met at the United Nations but failed to agree on a Global Ocean Treaty that could enable the creation of a global network of ocean sanctuaries covering at least 30% of oceans by 2030. This is what scientists suggest we need in order to avoid the worst impacts to our oceans from multiple pressures, to allow ocean wildlife to recover, and to protect natural ‘blue carbon’ stores by safeguarding the systems that underpin them (a little known fact; ‘blue carbon’ in the deep ocean constitutes the largest carbon stores on Earth, containing 50 times the amount of carbon held in the atmosphere and over 10 times the amount of carbon in terrestrial vegetation, soils and microbes combined).

Their stability is vital new evidence that the Weddell Sea could be an important climate refuge for wildlife. 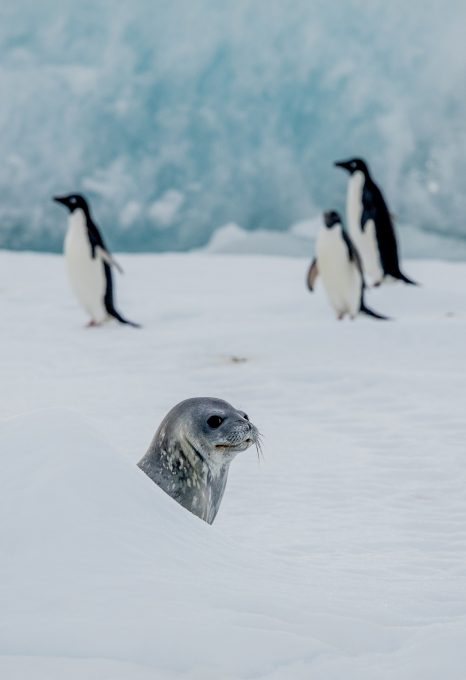 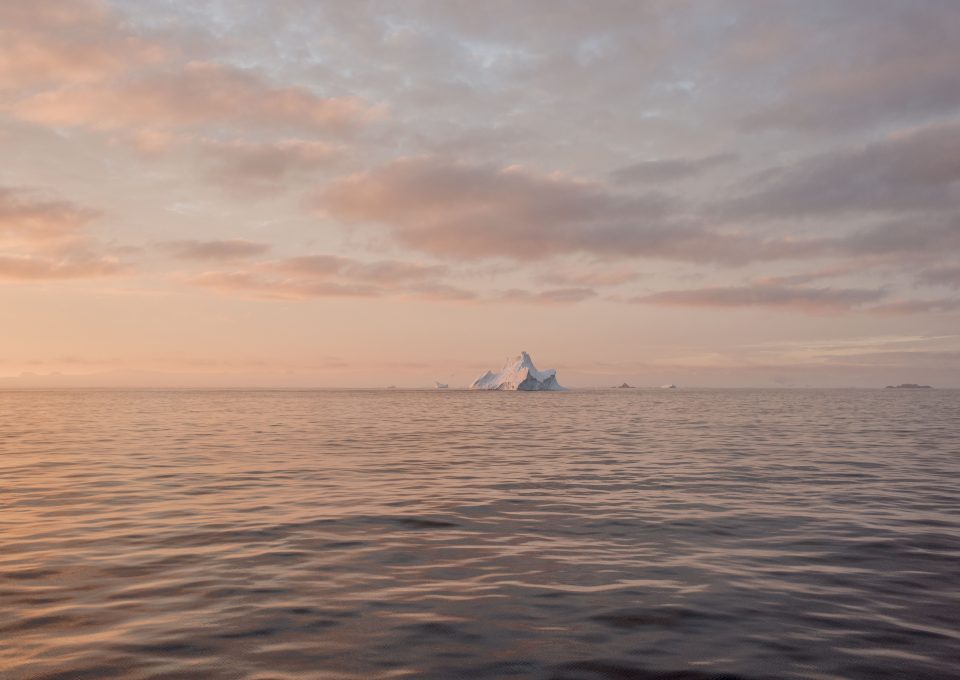 We do not need more evidence, we need action.

When properly protected, ocean ecosystems and communities are resilient, and can form an important lifeline in our defence against the climate crisis. Policy makers around the world have already committed to protecting the oceans, but these remain just words on paper. For example, the CCAMLR is moving at glacial pace to protect Antarctic waters; after committing to create a network of ocean sanctuaries over a decade ago, only two have been delivered (South Orkney and Ross Sea).

This isn’t good enough. In Antarctica, penguins on the move is just one of the ways the climate crisis is already changing life in the region. We do not need more evidence, we need action.

We do not need more evidence, we need action.