Hugo Tagholm leads the national marine conservation and campaigning charity Surfers Against Sewage. He is part of the Edinburgh University Ocean Leaders programme and was awarded an Honorary Doctorate of Science by Exeter University for his services to the marine environment.
Words & photographs by Hugo Tagholm
Share 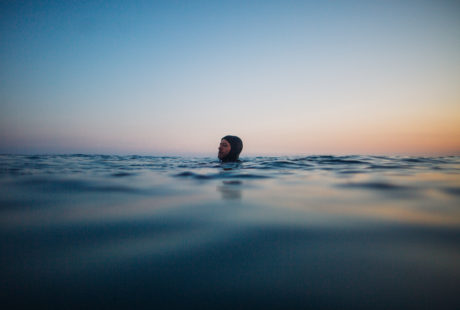 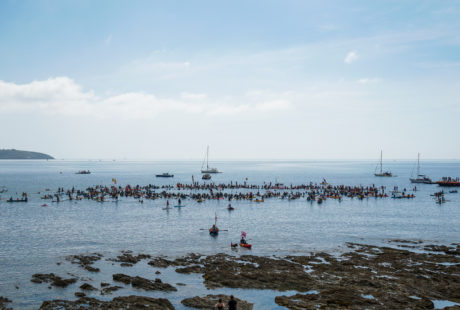 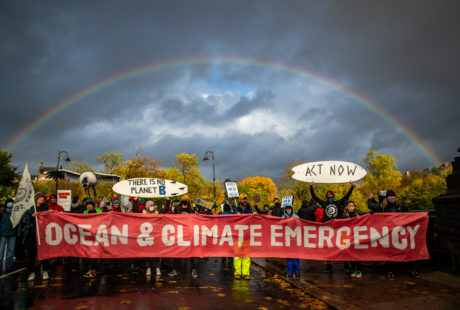 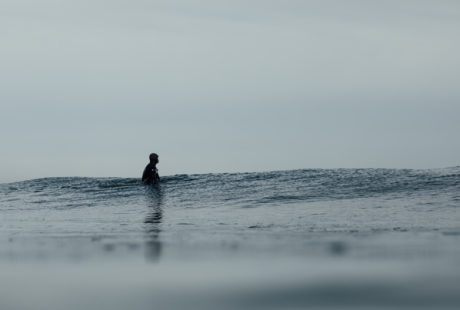 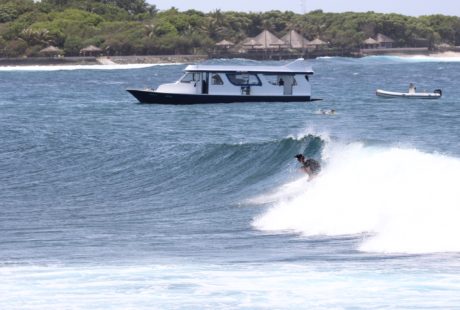 Hugo Tagholm leads the national marine conservation and campaigning charity Surfers Against Sewage. He is part of the Edinburgh University Ocean Leaders programme and was awarded an Honorary Doctorate of Science by Exeter University for his services to the marine environment.

There’s little doubt that activism and protest must play a bigger part in standing up for Planet Ocean in this most important of environmental decades. This is a natural response to the unnatural effects our society is having on wild ecosystems and communities worldwide. Communities around the world are not only witnessing the impacts of a global system wreaking havoc on the natural world, but increasingly feeling the direct effects on the air, water and biodiversity that we all rely on.

Since the industrial revolution, developed nations and industries have largely been able to hide these impacts from the electorate, holding them back behind a wall of secrecy and spin, ensuring that only a clean, safe and thriving planet was ever presented to maintain the status quo. The disenfranchised were ignored and left to deal with the worst effects of the economy that has created an unmanageable debt to nature and devastating toll on people.

This façade is now crumbling, as the stories and statistics of pollution, poverty, inequality, climate chaos and biodiversity loss unfold faster than melting glaciers. There’s little that can now hold back the rising tide of evidence that shows us all that change is required on an unprecedented scale and pace.

As ocean lovers, we can be some of the first to witness these environmental issues. The activities and sports that we have the privilege to enjoy along the littoral zone – cutting across oceans and diving in the deep blue depths – are where many of these problems first manifest in stark relief. The hemorrhaging of the global plastics industry revealed itself on remote islands and in the stomachs of whales; seabirds slick with oil desperately trying to break free from a viscous tomb; indigenous fishing communities unable to make ends meet as industrial factory ships siphon up sea life for pet food; rivers filled with chemicals and sewage, disgorging into the sea; king tides extending their kingdoms to where people could once prosper, clawing back the land with every wave; whales tangled in nets, gasping for breath.

Be under no illusion, the ocean is being systematically decimated by the nefarious forces of big business, poor regulation and weak legislation. Industrial fishing fleets; oil exploration; deep sea mining; sewage and agricultural run-off, and runaway plastic production, alongside the impacts of climate change are killing some of the richest, wildest remaining ecosystems on the planet. Ecosystems that we must now save and restore.

I believe it’s our duty to use our experiences to drive action. To help those without a platform to tell their stories. To give a voice to the voiceless. To collect evidence and document environmental vandalism. To seek out the corporate abuse of people or planet. To protest on our beaches and streets. This surely has to be part of the deal for the experiences we are so lucky to have in the global ocean? The ocean that connects all communities on this beautiful planet. This is the payback for the gift of enjoying the ocean.

There is thankfully a new rising tide of organisations propagating this type of purposeful adventure, connecting the outdoors experiences with building a movement for positive and sustainable change. From surf activists stopping Big Oil in Australia with the Fight for the Bight campaign; investigative journalists driving global public behaviour change via the award-winning Seaspiracy documentary, Greenpeace dropping boulders in the North Sea to stop industrial factory fishing boats, The Break Free from Plastic movement challenging plastics manufacturers in the Global South, and the rise of the youth climate movement connecting environmental, social and ocean justice, I’m excited to see the growing global movement for a bluer, better world. A true ocean rebellion unfolding around the world.

This is a fast-evolving and agile movement, a RIB that is maneuvering around an establishment more akin to an oil tanker. An establishment that doesn’t necessarily want to change as fast as it might proclaim. Throughout last year, we heard lofty claims from global governments about climate and ocean commitments, however we still need to see this turn into action to protect and restore the stable and rich planet we share. They must turn the ship faster, as we must bring more RIBs to the water to force this change.

Together, we must continue to demand action from global governments. We must call for climate and biodiversity targets to be met. We must call for more ambition on both the scale and pace of ocean conservation and restoration. We must call relentlessly for the transition to business that is good for Planet Ocean. We must put environmental villains out of business. And we must protect the most vulnerable and marginalised.

I believe that by empowering communities, we can change these systems and structures that are destroying marine habitats worldwide. I believe that through building, educating, empowering, supporting and connecting diverse communities we can drive faster impact. I believe that people coming together through grassroots campaigns can help create an unstoppable movement to revive the ocean and allow all those who depend on it to thrive. I believe we must protest to deliver the world we want to see.