“More than ever now, the corals need us.”

Jonathan Ye is a young scientist and conservationist hoping to shine a light on the need for urgency when thinking up and testing solutions to protect coral reefs against the impacts of climate change. He recently spoke at TEDx Youth@Newtown about the need for tangible action and will be presenting at the 14th International Coral Reef Symposium, where he will focus on engaging and encouraging youth activists to redouble their efforts to save the world’s coral reefs.

My most vivid memory of the ocean is of the very first time I went snorkelling, which also happened to be my first time seeing any sort of reef structure in real life. When I was younger, I often got motion sickness so I dreaded the initial boat ride to the snorkelling spot. Despite this, I recall eagerly gazing into the water and just being mesmerised by how clear it was.

The soft, rhythmic undulations of the waves seemed to call out to me, welcoming me to join the many creatures moving beneath the water’s surface. The moment I put my head underneath the waterline, I was amazed. I had never seen anything like it. A school of fish darted past me while other fish danced around a nearby reef. It was truly breath-taking. I started to count the different types of fish that I saw, making sure to note which one was my favourite. Later that day, once I had returned to the shore, my mom bought me a small white coral fragment that she had found. “What’s this?” I asked. “It’s a piece of the coral reefs that you saw earlier,” she explained. I reluctantly took it, but I wondered to myself: “Where did its colour go?”

Throughout middle school, I had always been more interested in the medical applications of biology and never really considered the significance of its environmental aspect. This mentality remained until my sophomore year of high school when I first truly set my eyes on the colour and life of the ocean and more specifically, the coral reefs. It was a world completely different from my own, and it was a beautiful one. Yet beneath all the shimmering beauty and purity of the ocean face, beneath all this brightness, there was something wrong, very wrong. What was it? What was this darkness lurking in the depths of the crystal blue waters? What was this darkness that was taking away the colour of the coral reefs and destroying the homes of marine life? This world that I saw was surely a beautiful one, but it was also one that needed saving; it was one that was being tarnished and degraded by our actions.

Yet beneath all the shimmering beauty and purity of the ocean face, beneath all this brightness, something was wrong, very wrong. 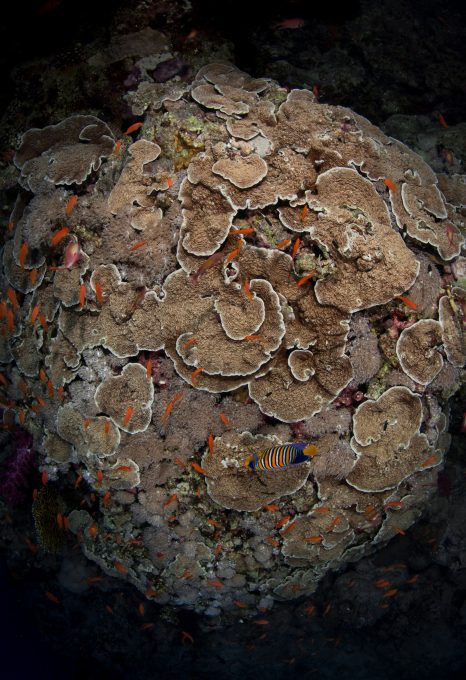 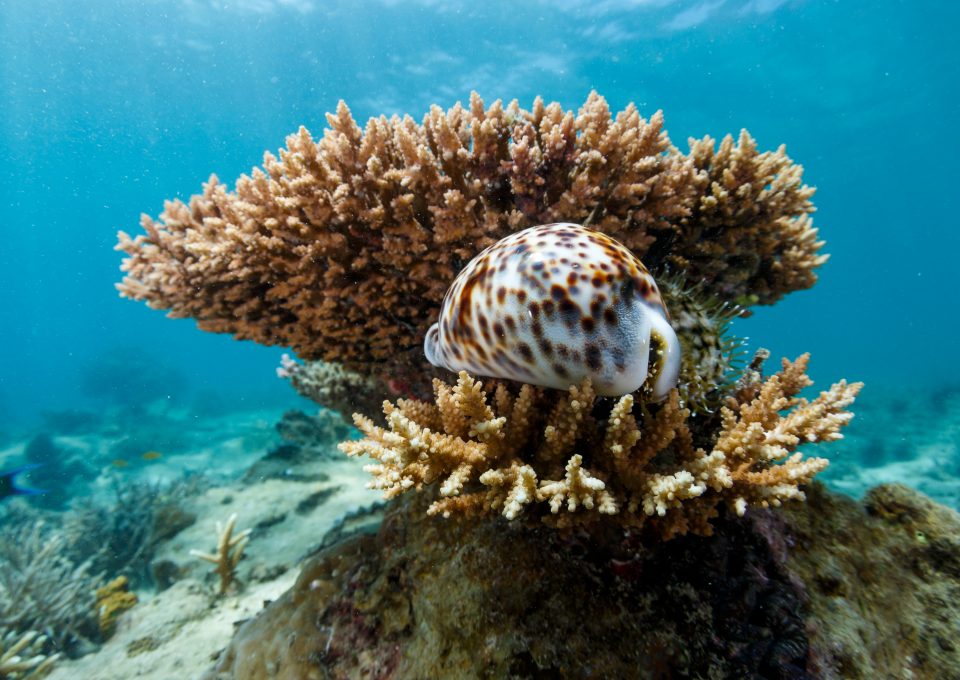 I think back: When did I decide to really look at the ocean for the first time? It all started with my initial interest in the Science Olympiad event Water Quality. I had been a part of my middle school team and I wanted to be in the high school team so I simply joined the event on a whim. Ironically enough, this event would end up becoming my best and my favourite. The very first year I participated in the event, the focus of testing was freshwater ecosystems. It was interesting enough to keep me involved in the event, but it never quite struck me as something that I would ever want to pursue. Then, along came my second year of Water Quality, and this time the event’s focus was marine science, with an emphasis on coral reefs. I wasn’t sure what to expect, but I most definitely didn’t expect to feel such a strong pull to devote my future work to it. As I began to prepare myself for the event, I found myself looking at various photographs of the required organisms and one in particular stood out to me. What was this odd looking, yet beautifully coloured fish that I was looking at? How could it be a fish, yet have a bird like beak? Absolutely absurd. Turns out this fish was called a parrotfish – how clever.

From this point my interest began to grow. For the most part, I balanced my focus between the various aspects of marine ecology. Over time, however, I noticed that I was frequently reading more and more about coral reefs. This wasn’t necessarily due to the fact that I was specifically researching coral reefs, but instead it was due to the significance of coral reefs in marine life. I still vividly remember the exact moment where everything just clicked for me. It was late into the evening and I was doing some research when I stumbled across a shocking fact: despite only making up 2% of the ocean floor coral reefs account for more than 50% of ocean life.

At that moment it struck me. Coral reefs are not just some beautiful structure to be admired, they are the crucial cog in the machine, they are the driving force behind marine ecosystems. Yet despite their beauty and importance, these cogs are gradually being degraded, rusted and in dire need of restoration. I wanted to know what I could do to fix this and preserve our coral reefs. Like most times, I didn’t find an answer instantly. I knew there were simpler things I could do, like reducing my own personal impact on the environment by using less plastic and energy, or raising awareness through social media. But for me this wasn’t enough, and it would never be enough. This wouldn’t stop the mass coral bleachings or provide a permanent solution to rising ocean temperature. I had to get involved in the science.

I wasn’t sure what to expect, but I most definitely didn’t expect to feel such a strong pull to devote my future work to it.

Then it came to me – genetic engineering had to be an important place to start. But how would I use genetic engineering? What exactly was my idea? There were still too many questions that needed to be answered. After some careful consideration and some more research, I saw a glimmer of hope in the coral symbionts, zooxanthellae. I had previously read about zooxanthellae on numerous occasions and knew that coral bleachings were caused by the expulsion of these symbionts from the coral when the coral itself is under environmental stress. These symbionts essentially act as the corals’ food source and without them corals quickly lose their colour. Perhaps the solution lies not in modifying the coral itself, but instead modifying these algae to become heat resistant. Once I had established this another question arose: “Is anyone else working on this and do they have the same idea as me?” As it turns out there was.

After just a couple web searches, I came across a scientist in Australia by the name of Professor Madeleine Van Oppen. Her lab focuses on the assisted evolution of coral through genetic engineering and was conducting a number of experiments involving various, distinct approaches. Among these experiments, there was one that stood out to me. Just like me, the scientists at Melbourne’s Australian Institute of Marine Science (AIMS), led by Prof. Van Oppen, were looking at the potential of adapting zooxanthellae to become more heat tolerant. I was hopeful, and more than anything encouraged to see that there were experienced scientists pursuing a similar solution. With all this in mind I decided it was worth reaching out to Prof. Van Oppen to discuss her research and build my own understanding of zooxanthellae.

We discussed numerous possibilities and implications of using zooxanthellae to build coral heat tolerance, but what struck me hard was how many things could go wrong. I came out of our meeting with one thought resonating in my head – there isn’t enough time. Professor Van Oppen had expressed the same fear: Could we actually save the coral reefs in time? This reminded me that scientists had predicted that more than 90% of corals may be extinct by 2050. This prediction seemed all too accurate. In the past three decades we have already lost half of the world’s coral and the amount of coral bleachings is only increasing. Even if scientists are able to successfully increase the heat tolerance of corals and their symbionts, another concern arises. Will this upset the natural balance in ecosystems? It’s entirely possible that there will be unintended consequences with the introduction of newly genetically modified coral into an ecosystem that is so dependent on them. Biodiversity, for instance, could be drastically altered by changes in ecosystem dynamics resulting from the new coral.

what struck me hard was how many things could go wrong. 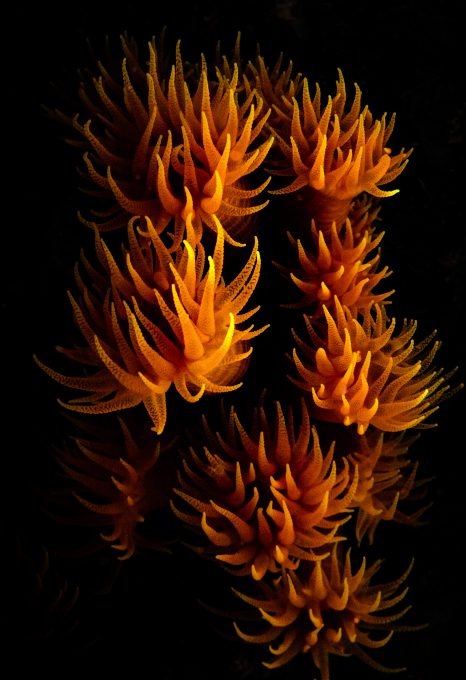 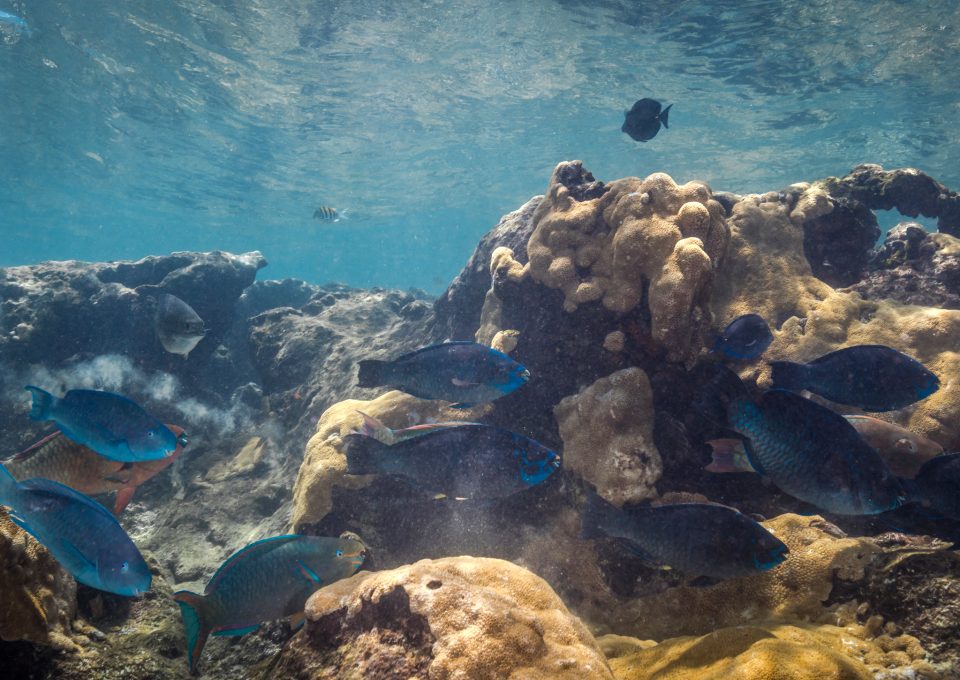 we are in a race against time, and genetic science is the key to winning this race.

It is clear to me now that we are in a race against time, and genetic engineering is the key to winning this race. With the recent developments in genetic technologies and the introduction of xenobots (living programmable micro robots), it has also become apparent that we are more than capable of finding a solution. We need to treat the coral reef as the human body. We, for instance, have done so much in integrative genomics to understand and mediate against hereditary diseases, like degenerative myopia. If we treat the coral reefs like an extension of our own body, I am certain that it will only be a matter of time until we find a solution.

This issue, however, is one that can’t be resolved without the engagement of the younger generation – my generation. We can’t just wait around for the experts to find a solution; we too must become experts and be willing to go beyond our comfort zone. We must realise that it is also our responsibility to save these creatures, not just that of the adults.

The sad reality is if we can’t find a solution soon, the coral reefs may be extinct before our own children can experience them for themselves. Certainly, building awareness helps, but it is only the very first step. We must begin to see the reefs as living entities, deserving of our human compassion and sympathy. More than ever now, the corals need us.

we are in a race against time, and genetic science is the key to winning this race.