Kakadu National Park in Australia’s Northern Territory is home to more than 10,000 crocodiles. Covering almost 20,000 km2, it is one of the last truly wild places on Earth.

Waking up well before sunrise, the cold, humid air hangs heavy around the tent. Quietly we get the boat ready for its sunrise mission in the Ngurrungurrudjba wetlands in the heart of Kakadu National Park in Australia’s Northern Territory. Trying our best to avoid standing still for too long in the hopes that it will make the slightest difference with the ever-persistent army of mosquitos attacking us, we pack the final things needed for a morning out photographing the wildlife that call these ancient Kakadu wetlands home. The fragrance of damp melaleuca leaves drifts through the camp as we go over everything one last time.

The short drive down to the boat ramp is spent peering over the steering wheel, trying to avoid the numerous frogs scattered across the road. Just as the first tendrils of light begin to break through the clouds in the distance, we begin the well-rehearsed ordeal of launching a four-metre boat in a waterway inhabited by five-metre crocodiles. There’s nothing quite like the level of paranoia felt when wading through muddy swamp water covered in thick reed beds, knowing that only yesterday a crocodile big enough to eat you was lying right where you’re currently standing. Courageously, my partner gets in the boat whilst it’s still on dry land, claiming “it will be safer if I’m watching from up here”. I laugh nervously and ask her to use her head-torch to keep an eye out. After a couple of tense moments scanning the inky black water surface for a crocodile’s reflective eyes, I have a short burst of confidence and manage to launch our little boat Kapi into the water.

Kakadu is a magical place, full of surprises and a diversity of experiences. It’s hard to not walk away feeling like the park has changed you in some way. Perhaps it’s the ancient landscapes, the vast open wetlands and savannah woodlands, edged by stone country and its towering cliffs to the east. Or perhaps it’s because the Kakadu region is home to the oldest living culture on our planet, the Bininj and Mungguy. Their vibrant cultural practices are still shared with visitors from all over the world.

The minutes before sunrise on Ngurrungurrudjba (Yellow Water billabong) are spectacular. Thousands of birds begin their beautiful dawn chorus as the mist begins to lift, revealing a vast expanse of greens and blues as far as the eye can see. Flocks of magpie geese race overhead, returning to their feeding grounds from the safety of their night’s perch in the paperbark forests that spill onto the wetlands. The surface of the billabong ripples as hundreds of fish jostle for a morning snack and the mangrove trees that line the banks begin to rustle. The skies shift through a range of dreamy pastels as the first rays of morning sunlight bring the wetlands to life. The day has just begun for us but it’s already coming to an end for our main target out here, the Indo-Pacific Estuarine Crocodile. As a nocturnal species, they are only active in the first and last hours of daylight and spend the rest of the day basking in the sun, soaking up as much warmth as they can.

With more than 10,000 crocodiles in Kakadu National Park, it doesn’t take us very long to find our first, a three-metre juvenile patrolling its small patch of turf on the South Alligator River. The golden light shimmers off its ridged scutes as it slowly sinks into the water leaving barely a ripple. It has always fascinated me how these big animals can cause almost no disturbance to the water surface. Crocodiles have been around since the time of the dinosaurs – millions of years to evolve into a super predator, millions of years for every aspect of its prehistoric design to be refined and perfected. It’s often said that, with a brain the size of a walnut, the crocodile relies more on instinct than on intelligence. This can be seen in their elaborate hunting strategy that they have perfected with every sense for an existence at the top of the food chain. They are ambush predators that lay and wait for hours on end, hoping that an animal will come down to the water to drink in the exact spot where they are waiting, submerged amongst the reeds. There’s an old saying here in Australia, “never fish in the same spot twice”, and with these super predators potentially lurking only feet below the water’s surface here in Kakadu National Park, it’s easy to see why.

End of the earth 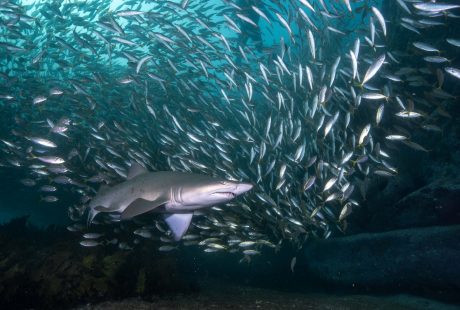 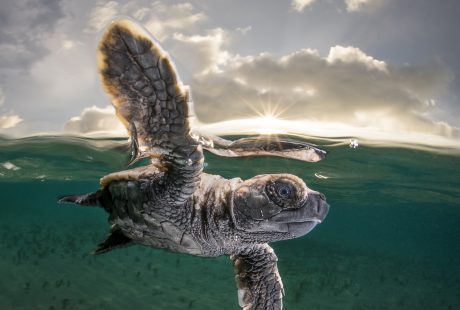 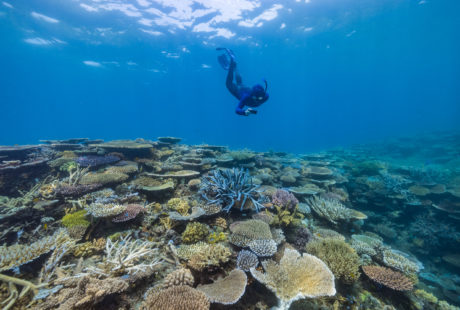 We begin the well-rehearsed ordeal of launching a four-metre boat in a waterway inhabited by five-metre crocodiles. 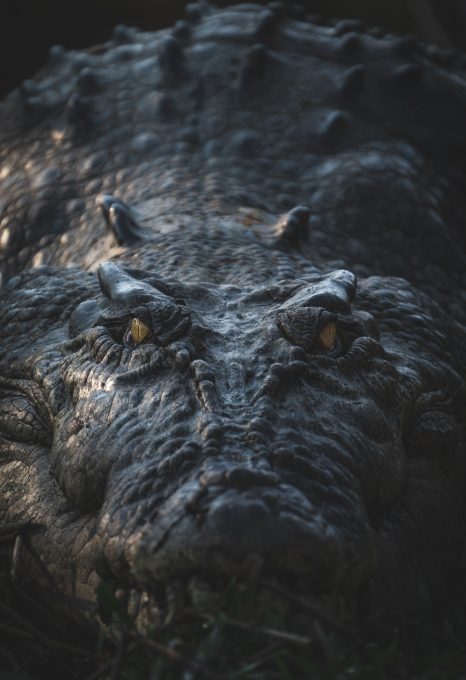 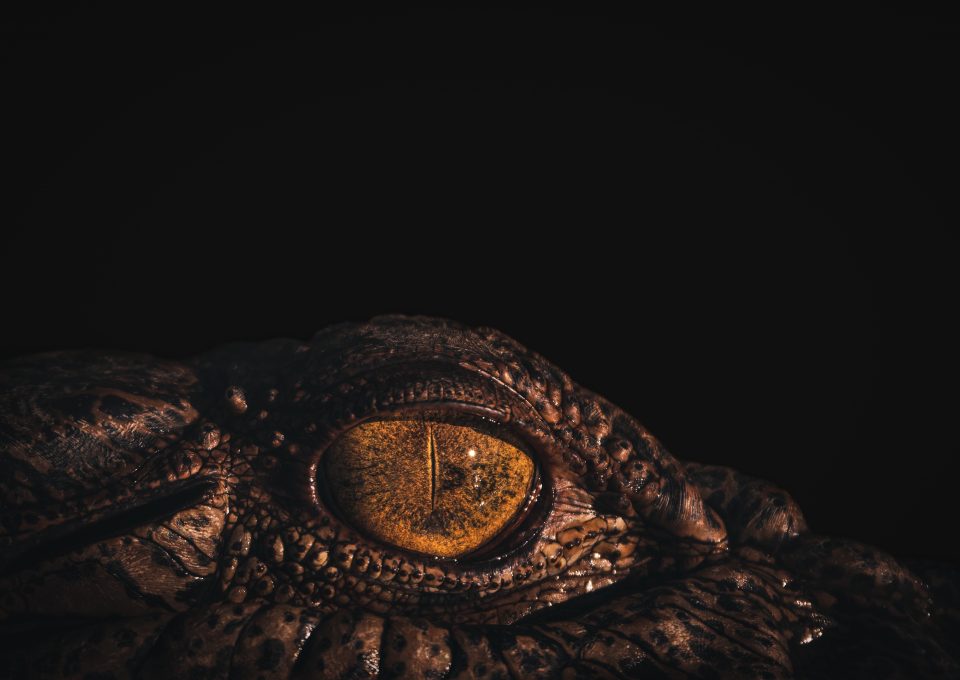 There’s something visceral about being so close to these living relics. I’ve always thought that the majority of things you hear about the world’s apex predators are often exaggerated and that they aren’t the man-eating monsters they are so often made out to be. In Australia, our most famous villain is the shark. For some reason, sharks are the Australian’s biggest enemy – a feeling that is deeply ingrained in the Australian psyche. As an underwater photographer, I know this not to be true. A large part of my career has been spent helping to change the public perception about apex predators. That said, the more time I spend with the infamous ‘salty’ of our northern waters, the more I realise that pretty much everything you hear about them is in fact true. These animals have had so long to evolve that they truly have become the ultimate predator of our waterways. They most likely would eat us if we fell in. With that thought in my mind, we set about our mission of exploring the waterways.

After an hour of winding our way through the river system of Kakadu, my partner catches sight of some splashing in the water up ahead. We press on excitedly and soon see a number of large crocodiles near the riverbank. They seem to be feeding on something in the water. We bring our small boat closer, and I take up position on the bow to start photographing the event. It doesn’t take long to figure out that we’ve hit the jackpot – three huge males jostling for prime position and their meal in perfect morning light.

It’s hard to not walk away feeling like the park has changed you in some way.