What is it like to freedive with orca whales while they hunt? A team of filmmakers, in association with Favre-Leuba and its #ConqueringFrontiers mission, visited the wild west coast of Norway to find out.

The bait ball splits in two, pulled apart at its centre like a set of shimmering, silver curtains. From the green water beyond, a ghostly shape moves quickly into view. Shadow and light. Hulking and elegant. A blur of wavy blacks and whites. Then it is gone, as fast as it appeared. The curtains draw back together again behind it, the bait ball a singular mass once more. Another pass would come soon. Followed by another, and another, until nothing was left but fish heads, bones and clouds of unconsumed scales suspended in water, threadbare curtains pierced by the low afternoon light.

When filmmaker Florian Fischer arrived in Norway to film orcas he felt relaxed about the expedition that lay ahead, not because he knew a once-in-a-lifetime encounter lay ahead, but because he wasn’t expectant of it. Years of ocean filmmaking had taught him that nothing in the natural world was guaranteed, particularly when it came to wildlife encounters. The fact that he and his Behind the Mask team had arrived a full week ahead of the typical start of Norway’s orca season didn’t matter. And as for the orca expert who had, in a Munich beer garden some months before, told him that given the timing of the expedition it was likely he and his team would see nothing? A distant and unimportant memory. He breathed in the cool sea air, looked up at the snow-covered peaks around him and felt the pull of unpredictable ocean adventure, the thrill. It was good to be in Tromsø, he thought.

The team’s filmmaking success or failure in the coming days would rely on one thing: herring. The fish is pivotal to the broad North-East Atlantic ecosystem, feeding on the prolific quantities of Calanus finmarchicus copepods at the base of the food-web, while also providing various other species with a reliable source of food – Atlantic herring is one of the most abundant fish species in the ocean. Cod, saithe and various other demersal species all feed on herring, as do sea birds, seals and whales. As welcome as it would be to capture footage of diving birds, pirouetting seals and breaching humpbacks feeding on herring, that was not what Fischer and his team were in Norway for. It was the orcas that mattered – a species that followed and feasted on the herring as it migrated between the Barents Sea, a marginal sea of the Arctic Ocean located off the northern coasts of Norway and Russia, to the clutches of the coves, inlets and fjords of western Norway’s pockmarked coastline. If the herring arrived to the waters around Tromsø in large numbers, so too would the orcas.

The fact the orca population off the Norwegian coast largely feeds on a plentiful herring stock should not detract from this predator’s power and strength. Orca whales are widely regarded as the mightiest of all the ocean’s apex predators, known to have hunted a number of other species at the top of their respective food-webs, including great white sharks and sperm whales. In these waters, however, herring was the top food source, the orca’s primary prey.

The challenge, of course, would be finding the herring. Shortly after arriving in Tromsø, Fischer read a social media post from a local marine biologist: a tagged humpback, one of the species that Fischer and his team might expect to encounter along with orcas if and when the herring arrived, was still a long way north. Were the vast schools of migrating herring still that far from Tromsø and the surrounding area? If they were, it was quite possible the orcas would be too. Unperturbed, the team boarded the MS Sula, their floating base camp for the next five days, and headed to sea.

Orca whales are widely regarded as the mightiest of all the ocean’s apex predators. 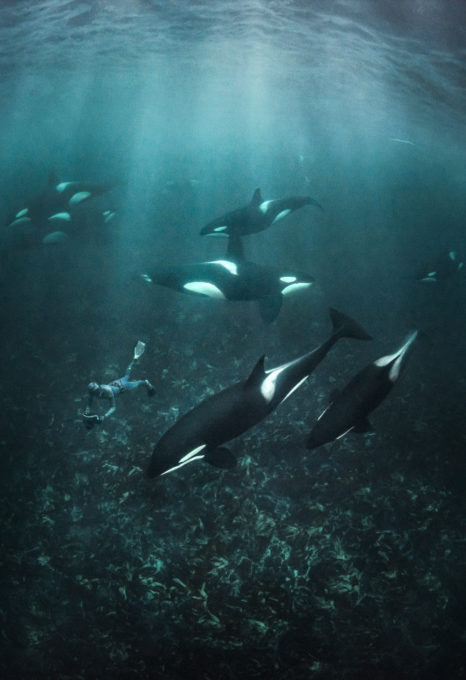 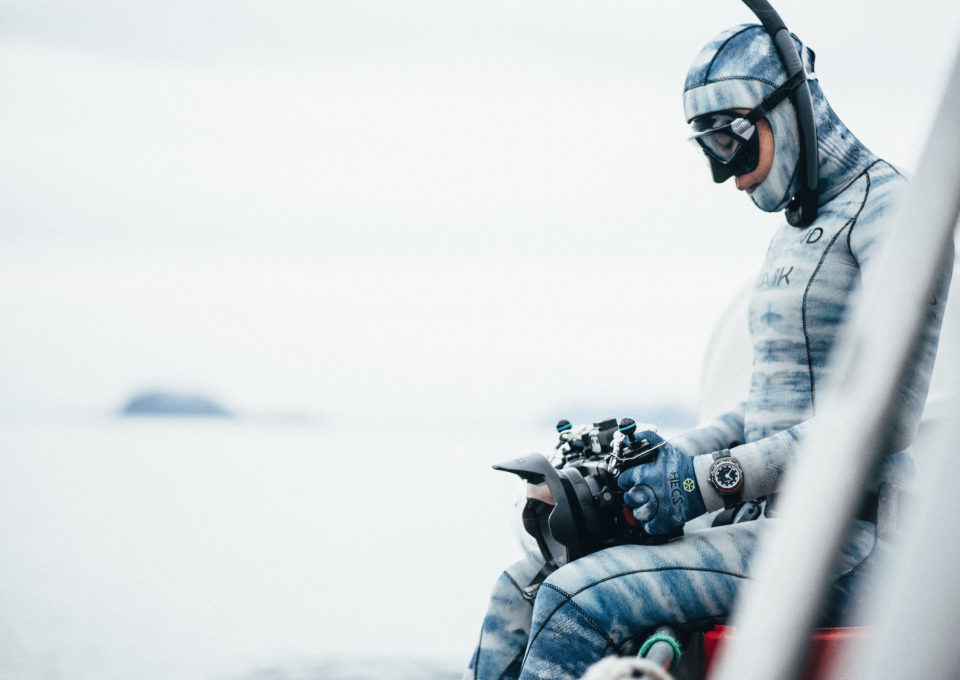