As the research vessel cut through the glassy waters of Cape Cod Bay, a charcoal-coloured fluke thrust out of the cobalt chop.

Seconds later, a few metres away, another smaller fluke emerged. It had been a rare sign of good news for the beleaguered North Atlantic right whale, among the most endangered species on the planet. As their population has plummeted by 25% over the past decade, the scientists were thrilled to spot a thriving calf, one of just seven born in 2019.

Michael Moore, director of the Marine Mammal Center at the Woods Hole Oceanographic Institution, was staring through an enclosed viewfinder. He had to guide a drone to just the right spot over the whales, which in recent years have experienced a spike in deaths and a drop in births. He had the tricky task of flying through a fine mist showering from their blowholes, to collect vapour samples that would help his team test for bacteria to gauge the health of the whales. “The good news is the right whales are still out there doing their thing,” Moore told me on that cold spring morning aboard his boat. “They still have the potential to do what they have to do to survive as a species. We just have to let them do it.”

It was my first shoot directing a new film I’d started working on that sought to chronicle the efforts to protect right whales from extinction; the impacts of those efforts on the lobster industry, the most valuable fishery in North America; and how the National Marine Fisheries Service in the United States has struggled to balance its conflicted mission of promoting commercial fisheries and protecting endangered species.

I had been writing about right whales for years as the environment reporter at The Boston Globe. But this was my first time seeing the iconic species, and we were greeted with an acrobatic spectacle, as scores of whales that were congregating in Cape Cod Bay to feed on a rice-sized form of plankton kept breaching the surface and belly flopping with a huge splash, sometimes a few metres from the boat.

They still have the potential to do what they have to do to survive as a species. 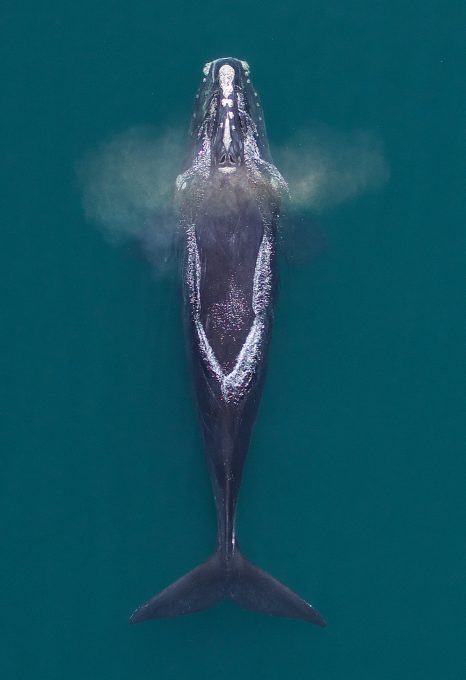 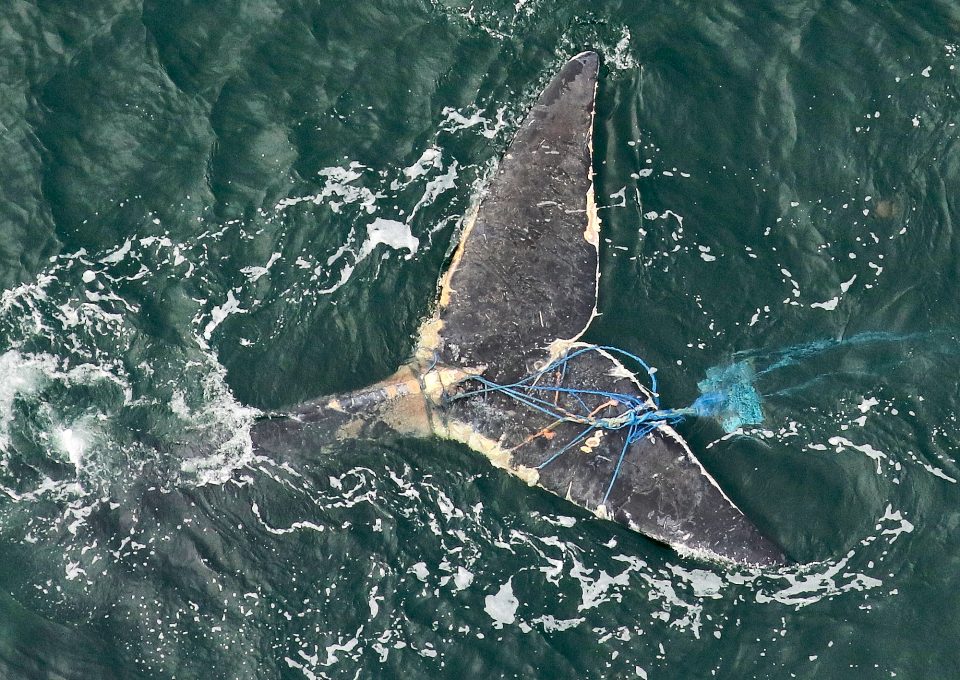 I was drawn to the story of right whales in part because of a landmark report by the United Nations that found that more than a million species are at risk of extinction by the end of the century. That number was overwhelming and hard to comprehend. After writing a story about the report for the newspaper, I wondered how anyone could grasp the magnitude of such an unfathomable loss of biodiversity.

I thought one way to do that would be to tell the story of one of those species, North Atlantic right whales, which the International Union for Conservation of Nature has designated as Critically Endangered on its Red List of Threatened Species, the last classification before they’re considered extinct or gone from the wild.

Right whales had been hunted for centuries. Large and laggard, they can grow to 60 feet long and weigh more than 250,000 pounds – the whales would feed near shore, making them easy targets. With valuable stores of blubber, and a tendency to float after being killed, that’s how they earned their name: They were considered the “right” whale to kill.

The oil from right whale blubber lighted homes and brought great wealth to New England. By the time hunting of the mammals was banned in 1935, there were few right whales left. Scientists estimate there was once as many as 20,000 right whales. Late last year, scientists estimated there were just 356 whales left, with only about 85 reproductive females. Risks today include noise, pollution, and shipping collisions. But scientists say the greatest danger to right whales comes from millions of fishing lines – mainly those that run from surface buoys to lobster pots or crab traps at the bottom – creating a lethal obstacle course in their feeding grounds.

Between 2010 and 2019, the majority of deaths were attributed to entanglements, which can drown the whales quickly or kill them slowly by impairing their ability to feed. Moreover, nearly all right whales have scars from fishing gear. When caught in the gear, the whales tend to worsen the problem by spinning around in an often-futile effort to escape.

The decline of right whales comes as the Gulf of Maine off New England – their primary feeding grounds – has been warming faster than nearly any other body of water on the planet. Since 2010, the temperature in the Gulf of Maine has been above average 92% of the time, and at ‘heatwave’ levels for 55% of the time.

That has led to a collapse in the population of calanus, a small crustacean that is the whales’ main source of food. Recent studies have found that calanus colonies have declined by as much as 90% in parts of the Gulf of Maine. As a result, the whales have been migrating north in search of new food sources, making it harder to protect them. In 2017, right whales were recorded for the first time in large numbers in the Gulf of St. Lawrence in Canada. Twelve died there, many of them from entanglements in fishing lines. In 2019, nine of the deaths were in Canadian waters. The 10th death, found off the coast of New York, was last seen entangled in fishing gear in the Gulf of St. Lawrence.

In all, over the past four years, 33 right whales have been found dead in U.S. and Canadian waters. An additional 14 are seriously injured, considered swimming while dead. The most recent death was a newly born calf killed in February by a vessel strike in the calving grounds just off the coast of northern Florida.

At the current rate of decline, scientists say the whales could go extinct within 20 years. As a result, officials in both countries are searching for ways to protect them. Canada has imposed a raft of new regulations, including closing off some migration routes and feeding grounds to ship traffic and fishing. In the United States, under pressure from lawsuits by environmental advocates to reduce right whale deaths, the federal government has been considering controversial regulations that pit the region’s politically powerful lobstermen against scientists and environmental advocates trying to save the whales. The proposed regulations could reduce lobster lines by half in much of the Gulf of Maine and require lobstermen to use weaker rope, which would be more likely to break if a whale becomes entangled.

At the current rate of decline, scientists say the whales could go extinct within 20 years. 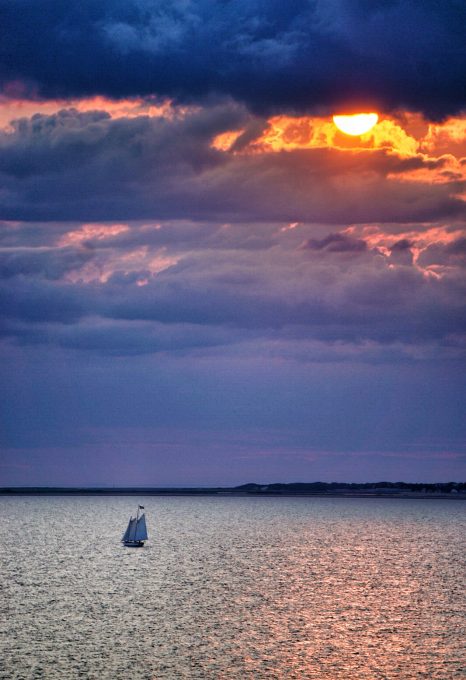 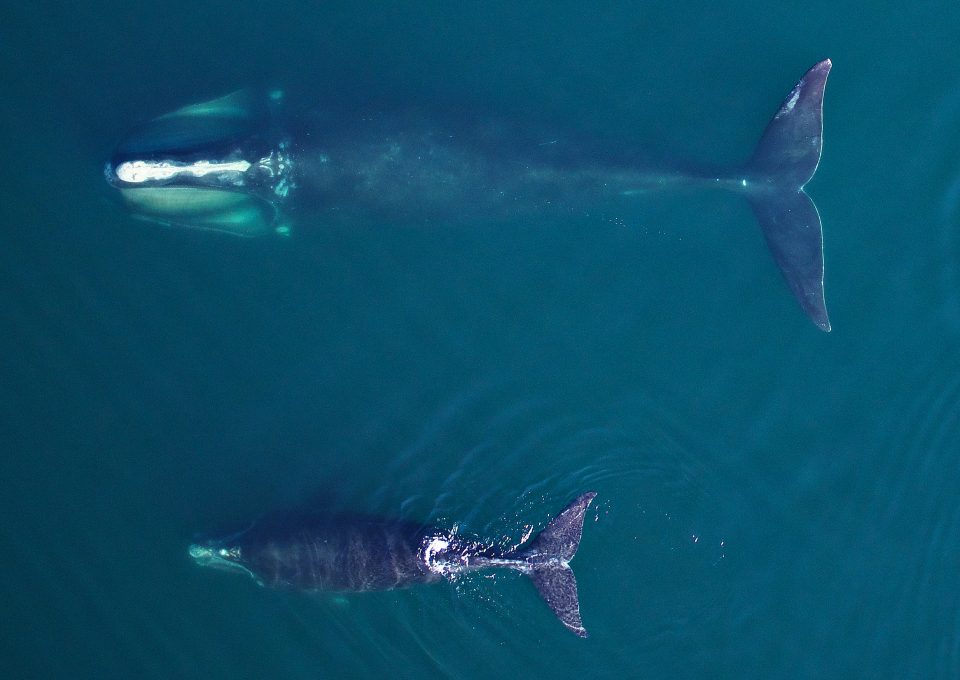 Each calf is critical to the species’ survival, and in 2018, none was born.

Both countries are also testing a new technology that could dampen the conflict and secure a brighter future for right whales: ropeless fishing systems that use remote-controlled, balloon-like devices to bring traps to the surface. But the potential remedies are controversial: Lobstermen say they would be too expensive and risk wrecking their livelihoods. They have launched an aggressive campaign to fight the proposals, holding rallies and using their political power to sway decision-makers.

In an effort to tell this story, I have accompanied scientists and lobstermen to sea. I travelled to a remote island off the Acadian coast of New Brunswick in Canada to observe the necropsy of a whale that died while migrating in search of food in the Gulf of Saint Lawrence. I have flown with scientists over the calving grounds to better understand why the whales aren’t reproducing at rates that might allow them to avoid extinction.

On my last trip for the film just before the pandemic hit, I boarded a rubber speedboat last winter on St. Simon’s Island in southern Georgia with Clay George, a senior wildlife biologist with the state’s Department of Natural Resources, who was searching for a newly born calf that had been severely injured by a vessel. After a few hours at sea, a call came over the radio from the National Oceanic and Atmospheric Administration’s slow-moving Twin Otter, flying just above them. They spotted a whale.

George’s crew gunned the boat’s powerful twin outboard motors, racing 10 miles east of St. Simon’s Island. Until that cloudless morning, just six newborns had been documented through the calving season, which typically extends from December through March. Each calf is critical to the species’ survival, and in 2018, none was born, which was unprecedented.

When George’s crew arrived at the coordinates, they motored toward a flock of seagulls, moving slowly in their 18-foot Zodiac to avoid any collisions with a species known to spend as much as 20 minutes submerged before coming up for air. Scanning the ocean with binoculars, they spotted a blow, and then a dark fluke emerged from the water. And then another smaller fluke. It was another hopeful sign, but it wasn’t the injured calf, which was never to be found again.

The loss of that whale was devastating, and another calf would be found dead a few months later, leaving just eight calves surviving last year. The species needs at least three times that number to remain viable.

David Abel’s award-winning film “Entangled,” which premiered in the summer of 2020 at the Woods Hole Film Festival on Cape Cod, has shown at more than a dozen film festivals and is slated this spring for a national broadcast in the United States. To watch the film, click here.

Each calf is critical to the species’ survival, and in 2018, none was born.