Envoy: Shark Cull, a documentary about the ‘shark control’ programmes in Australia, has recently been released. Director Andre Borell explains what is happening in Australian waters and why it’s time to listen.

Australia has a problem with sharks, and it’s a far bigger problem than I ever imagined when I started shooting Envoy: Shark Cull over two years ago. It is not a shark attack problem; our waters are not teeming with man-eating sharks. It is a political problem, a very big one.

The matter of how to stay safe in our oceans, has somehow, at some time, not only become a problem for politicians to solve, but has morphed into one of the biggest ‘political footballs’ in the country, being passed around like a hot potato. And it’s this inaction that is now killing both sharks and people.

Worldwide, there are about 440 species of sharks. Of these, around 180 species can be found in Australian waters of which about 70 are thought to be endemic – they exist literally nowhere else in the world. Australia, however, unlike my favourite shoot location from Envoy: Shark Cull, the Bahamas, does not protect them. They are commercially fished in many areas – even within the Great Barrier Reef Marine Park. They are also culled at beaches in the name of the government’s swimmer safety programmes, since 1962 and 1937 in the states of Queensland and New South Wales respectively.

It is not a shark attack problem; our waters are not teeming with man-eating sharks. It is a political problem, a very big one. 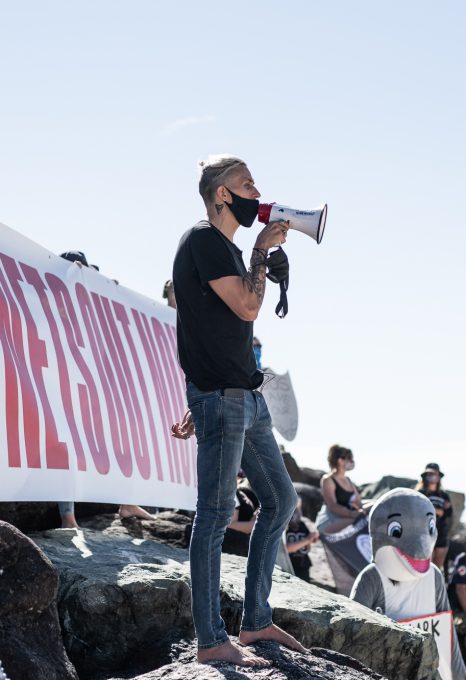 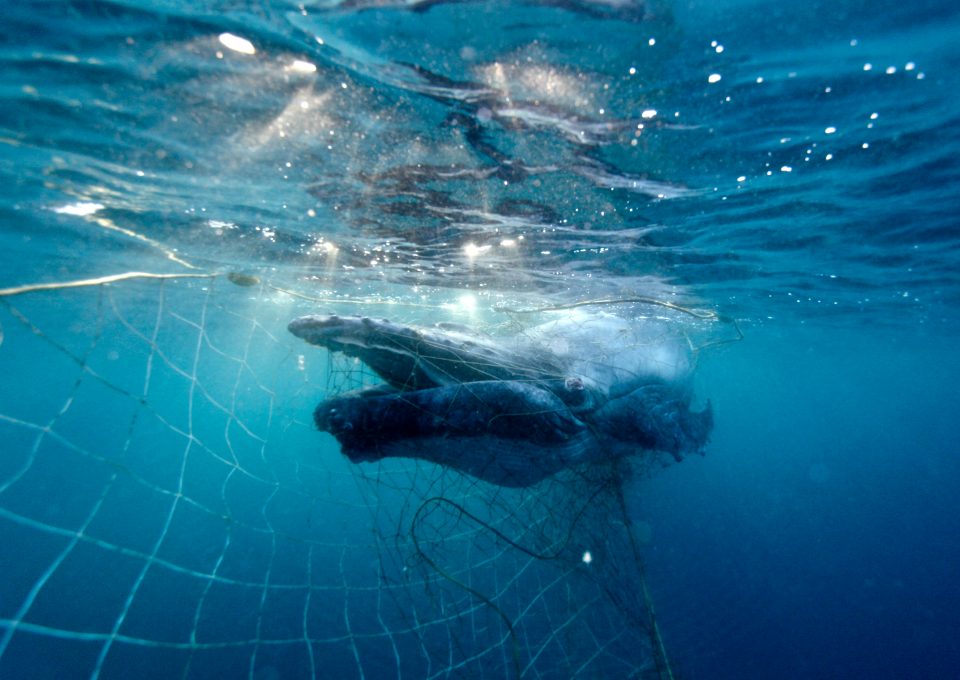 Australia’s total number of 18 unprovoked shark attack incidents in 2020 was slightly higher than the most recent five-year annual average of 16 incidents. Eight bites occurred in New South Wales, two of which were fatal. Three bites occurred in Queensland, two of these were fatal. It was the deadliest year for quite some time. Not due to a huge spike in bites, but due to the tragic nature of where and how many of the bites occurred. Unfortunately, many ended in the loss of life.

A boiling point for the argument of culling sharks to protect swimmers and surfers was reached in September when Nick Slater died on the Gold Coast, one of the country’s most densely shark netted and drumlined (culling apparatus) square kilometre of beach.

Science, facts, statistics, activists, conservationists, local government and much of the general public say nets and drumlines don’t work and want them gone in favour of modern technology like surveillance drones, shark barriers and personal deterrents. Technology that, in my opinion, could have saved Nick Slater and others.

The state government, who is responsible for running these shark culls, want them to stay. The government places an uneven burden of proof on the new technology. It seemingly wants it to be 100% effective, despite its current nets and drumlines that are used to ‘fish down’ shark populations being proven to be 0% effective. They don’t want to take the political risk of modernising the technology in case something then happens at those beaches. They will be blamed. They will be crucified. By the media, and by political adversaries.

In turn, the federal government stays silent. Other than offering the occasional grant to trial new technology, it does nothing. This is despite a 2017 Federal Senate Inquiry finding that nets and drumlines “are not effective”. A loophole in their Environmental Protection and Biodiversity Conservation Act allows these programmes to operate at state level with no environmental approvals, and yet they refuse to close the loophole. 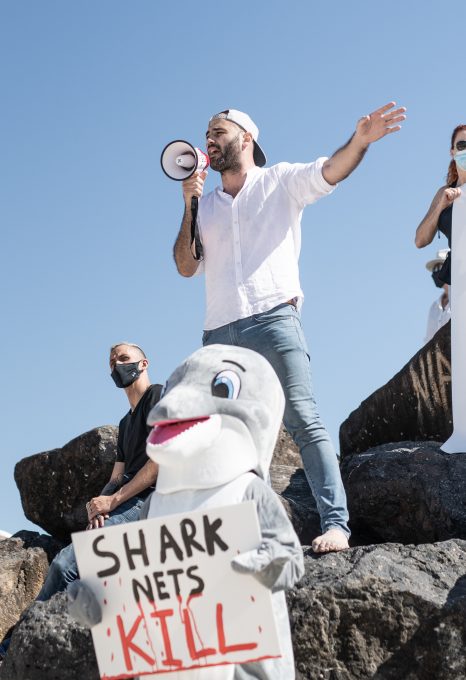 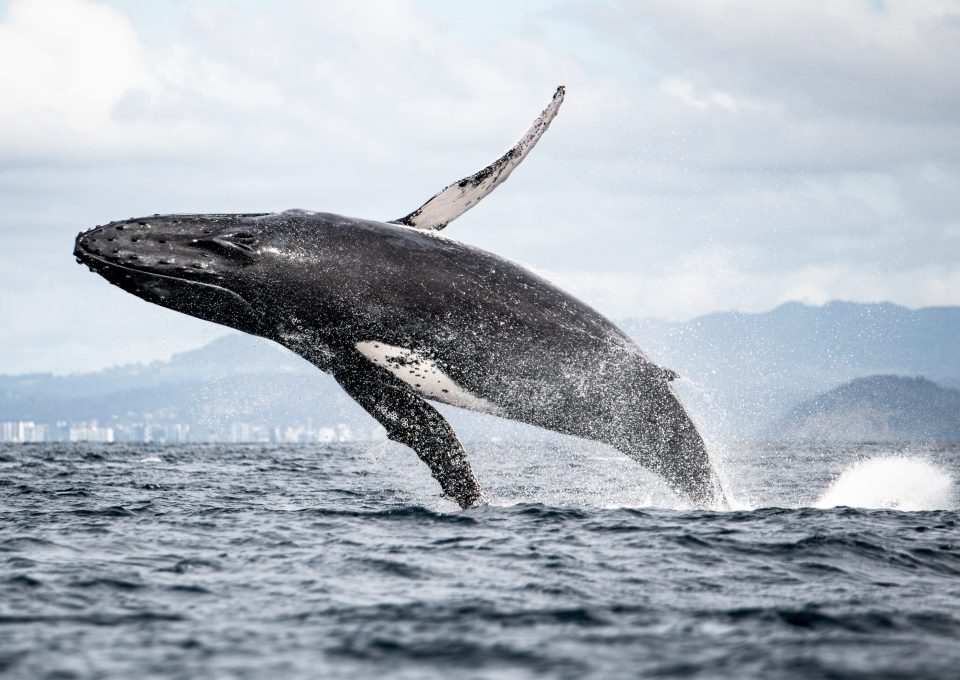 I finished the final cut of Envoy: Shark Cull the best part of a year ago now, a documentary highlighting the ‘shark control’ and ‘bather protection’ programmes on the East Coast of Australia. These programmes are defended and protected out of political fear. Our documentary lays all this out in graphic detail. When the public, both in Australia and around the world see the reality of what is happening, I’m confident the government will modernise the programme. Shark Barriers that don’t entangle animals. Drone surveillance. Personal deterrents. Education programs, so people can make their own decisions on when it is a good idea, or a bad idea, to enter it water. It’s all there and it’s all ready to implement. It’s not even that expensive – after some upfront infrastructure spend, it’ll be half the cost ongoing.

We have recommended the use of drones for shark spotting and even the dropping of flotation devices for drowning victims. We suggest that drones be operated by Surf Life Saving Queensland, using trained full time on-staff pilots, and using volunteers to supplement this only if and when required. Additionally, the installation of an Eco-shark barrier will offer a much safer environment for both marine life and swimmers. The Eco-shark barrier is a strong physical barrier made from a sturdy, flexible nylon with steel cables that is expected to last at least 10 years and can be recycled at the end of its life. The barrier does not harm marine life but provides a unique marine habitat while it is in place.

It’s all there and it’s all ready to implement.

Over 100,000 sharks and tens of thousands of dolphins, turtles, whales, rays and dugongs have died painful deaths.

At time of reading, the documentary will finally be released on Australia’s second biggest streaming platform, Stan. If you’re overseas, it’s either available on Discovery+ in your region already or it’ll be released soon on another platform. I can tell you that this full year, from completion to release, has felt like a decade.

With a passion project like this, the distribution process takes painfully long. It is especially painful when the animals you love are dying every day, and the point of the documentary is to educate and to inform, in a desperate bid to stop that.

I hope the film is seen widely, that people take the calls to action at the end of the film, and that we can force the politicians who seem content to do nothing, to finally do something. Over 100,000 sharks and tens of thousands of dolphins, turtles, whales, rays and dugongs have died painful deaths wrapped in shark nets, or hooked on drumlines – in a failed attempt to make beaches safer. It does not have the social license to continue, and yet it does. Until now that is, if all is going to plan.

The measure of any impact documentary should be the impact it has. I hope that now, almost 12 months after completion, that it is finally available to the world, the film can be a success. I owe it to the ocean that has given me so much.

Over 100,000 sharks and tens of thousands of dolphins, turtles, whales, rays and dugongs have died painful deaths.