Journey to the twilight

Journey to the twilight

The mesopelagic zone is home to some of the ocean's weirdest and least understood creatures. It is also home to some of its most abundant. In light of dwindling stocks higher up in the water column, understanding life in the twilight zone is perhaps now more important than ever before.

It’s 1.30 in the morning, the 73 metre ship I’m on is bobbing in that familiar steady motion that only long oceanic swells deliver. “Twenty-five metres to surface” calls out the bosun. We hurry into our wet weather gear, and all our last minute preparations for the nets to be hauled on deck, eager to find out what is in them. Of course, we have a fair idea of some of the animals we will find – lanternfishes, bristlemouths, krill, salps – but as a young scientist it’s no stretch to say that each time is like the proverbial kid in the candy shop. Perhaps for seasoned deep-sea scientists this fades (though I doubt it), but there are always new weird and wonderful animals that I am encountering for the first time each and every catch.

I’m part of a team at the Woods Hole Oceanographic Institution, and the reason we’re out in the open ocean is to study the mesopelagic zone, otherwise known as the twilight zone. So little is known about this far reaching realm, which is not surprising given how inaccessible it is to humans. As the common adage goes, more is known about space than the deeper parts of our oceans. In that regard, there is still a dearth of fairly basic information on most of the midwater fauna, from as broad as how much is down there, to specifics like how long many of the species live and what the food web pathways are. For many of these questions, the only way to study this is to bring a few samples onto the ship and into the labs. But these collection efforts also serve a dual role, and the identifications and measurements serve to ground-truth acoustic data, with the goal that large-scale biomass estimates can be made, in essence limiting the need to catch more fish and invertebrates in the future to figure out what and how much is there. In addition to knowing how abundant and how resilient these animals are, all this biological information feeds into broader questions. Combined with complex chemical and physical oceanographic data, imperative knowledge of the role this ecosystem plays in sequestering atmospheric carbon, or in regulating global climate is possible.

Research aside, the real stars of this story are the astonishing and bewildering animals that inhabit this foreign world. Billions of years in the rich oceanic soup has led to an incredible diversity of morphologies and behaviours as animals have adapted to life in a cold, dark, highly pressurized environment. Jaws full of over-sized teeth, elaborate lures and technicolour light shows are all the norm here. For a large portion of the twilight zone a nightly journey to the surface is on the cards, worth the energy expenditure for the bounty. Then, a return to the safety of the darkness by dawn, completing the largest animal migration on Earth. For those that stay behind in the deep, meals are sparser and life is slow. Slow enough that small body sizes and watery tissues are commonplace, lending to low metabolic lifestyles. And of course there are the multitude of gelatinous organisms. Living in a viscous medium and never having to encounter a hard surface, soft-bodied organisms and their elaborate designs thrive. Jellyfish, salps and siphonophores are but a few types, and collectively these animals are wildly underestimated and poorly understood, largely due to being very difficult to collect historically. But new light is revealing they are orders of magnitude more abundant, playing an enormous role in food web dynamics, and sequestering carbon in quantities much larger than originally thought.

But it is the bioluminescence that is perhaps the most remarkable feature of the mesopelagic – in fact this is the largest and most pervasive bioluminescent biome on the planet. In some instances, these flashing lights serve to attract prey in those animals with lures, such as the angler and dragonfishes. On the contrary they also serve to avoid predation, and some shrimps and cephalopods squirt jets of bioluminescent goop as a form of decoy. Additionally, due to the inherent nature of a constant but very low level of light (hence the twilight zone), bioluminescence has become a staple of camouflage here. This counter-illumination strategy is the most common utilisation of bioluminescence here, created both exogenously (by bacteria) or endogenously (by the animals themselves). By adorning the underside of the body with light organs, these photophores can match the intensity of down-welling light, which fluctuates depending on depth or time of day, effectively making their silhouette invisible to anything hunting them from below.

This feature appears in ISSUE 14: Born to ice of Oceanographic Magazine 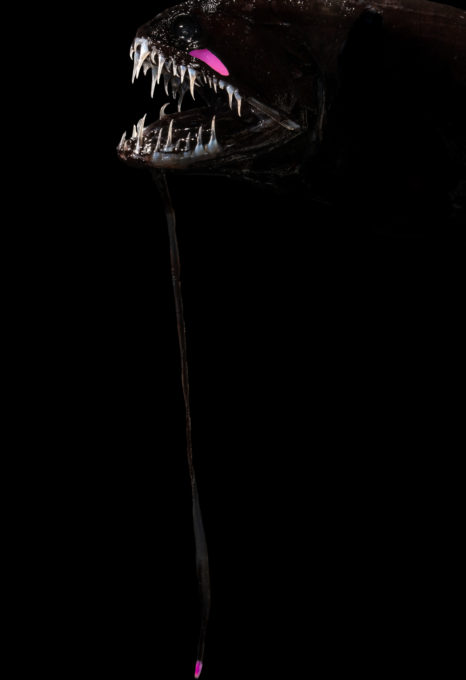 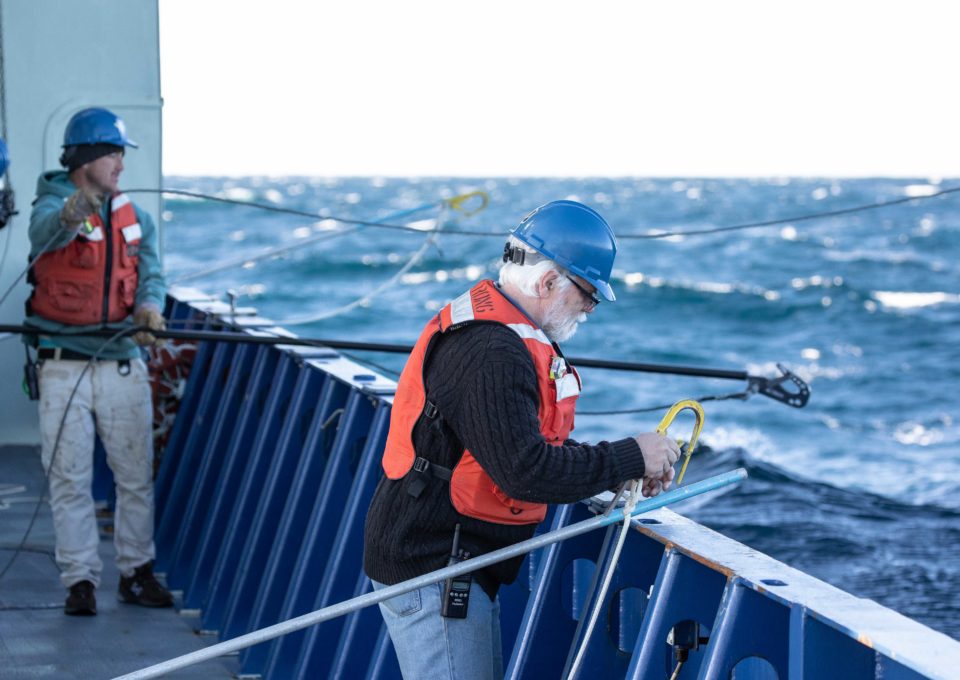 This feature appears in ISSUE 14: Born to ice of Oceanographic Magazine