In this online feature, Fiann Paul, an Icelandic explorer, artist and Jungian psychoanalyst brings us closer to the world of ocean animation and explains why this artistic medium should be considered an important conservation tool.

“The sea is like music, it has all the dreams of the soul within itself and sounds them over.” – Carl Jung

The ocean is a special subject for me personally because it has been a canvas on which I have explored and expressed my ambitions and inner life. Throughout my expeditions, I was driven by the need to validate and prove something – both to myself and the world. It served its purpose. Later on, however, I found a much deeper meaning in my expeditions. This is exactly the need of all artists who desire to create true art that does not strive to meet the requirements of critics and galleries. The traces of oar strokes that I left on the ocean were a creative act for me that I perceive as artistic compositions on world maps. In short: The ocean feels magical to me.

Many animated films have explored the magic of the ocean. But why is animation used to show ocean magic? Animation allows independent and low-budget creators to illustrate symbols and their inner life that would otherwise cost hundreds of millions via live-action channels. The mainstream studios that can afford this type of spending usually aren’t interested in this level of depth; big studios tend to be conservative and stick to what they know. Consequently, more creative choices are often neglected. A visually appealing depiction of underwater life is difficult for independent filmmakers to achieve as live-action can be costly. Animation therefore greatly expands the opportunities for ambitious creators. And this makes it a uniquely advantageous medium for communicating important ocean-centred messages to wide audiences without requiring an enormous budget.

Many animated films have explored the magic of the ocean.

By Natalie Caroline and Fiann Paul. 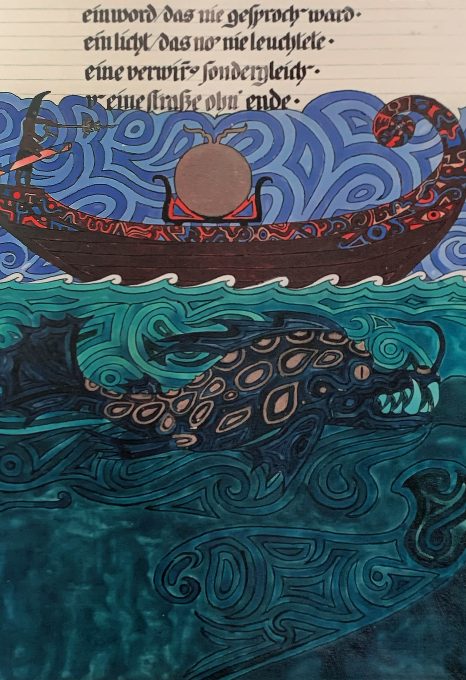 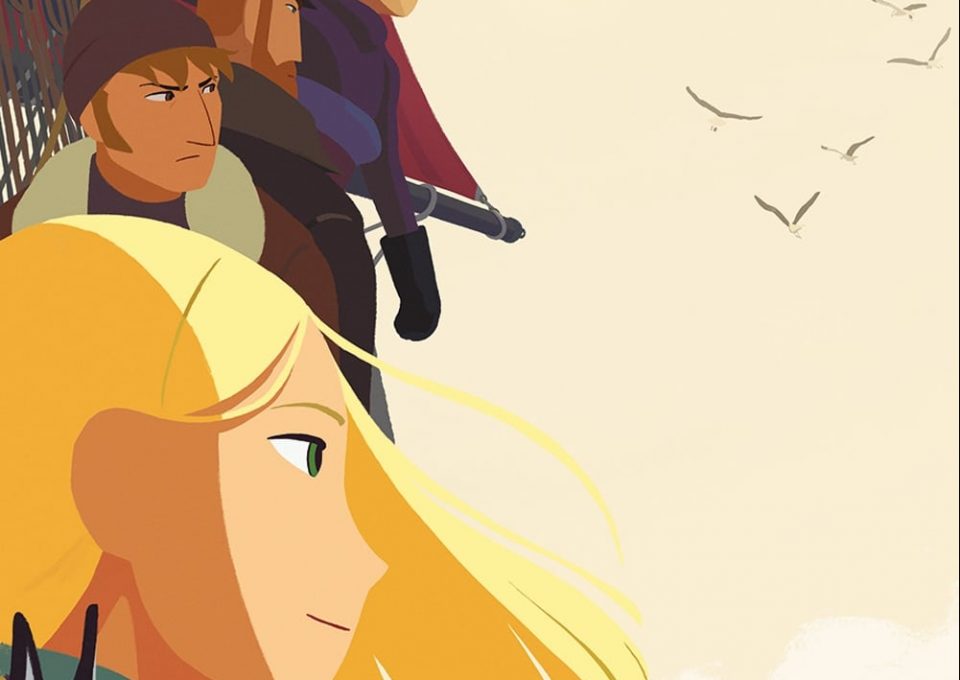 Japanese art, be it visual or written, has a great magnetism and originality. Japanese animations, especially those that are not standard anime, embody the values ​​of this art very well. What makes these animations similar to Japanese art is the multi-level nature of the message. As a result, audiences of all ages are fascinated by the story’s different levels. Creating such multi-level and saturated stories is a kind of mastery which often uses archetypes, symbols, and myth.

Life is said to come from water. The ocean is the source of life. In the language of archetypes, the most basic symbol of feelings is water. So the ocean can also be considered to be a seat of feelings. The etymology of the word symbol refers to a split that links two planes of meaning: one obvious and one metaphorical. Many of these animations, as stories, are nothing but a metaphor for our inner development, even where they blend ecological and mythological themes.

Anime blending ocean mythology and ecology is Studio Ghibli’s commercially successful Ponyo. This film that is mostly dedicated to a younger audience is unusual as it is a collaboration between a renowned Japanese animation studio and Disney, contributing to its widespread acclaim both in Japanese and Western audiences. Ponyo is the story of two children, one from a mythical ocean realm, and the other from the land. Though this barrier is formidable, the children form a strong friendship. The film opens with a theme that manifests itself in each of the following animations: pairs of children or teenagers, where one of them belongs to the oceanic mythical world and the other represents the human world. This meeting has its costs and consequences, and perhaps it symbolically alludes to our interference in the intimate life of the ocean, which upsets the natural balance. In most of these stories the ocean is represented as a feminine element by a female heroine.

Ponyo’s message can be complemented by Studio 4°C’s Children of the Sea. Children of the Sea and the following animations described in this article are suitable for both children and adults. They  use psychedelic visual interpretations of the oceanic world, but Children of the Sea does so in particular. In the film, children raised by dugongs explore unexplained phenomena affecting the world’s marine life together, something that could be considered a more holistic look at the interconnectedness of marine and terrestrial environments. Even if someone is not interested in the depth of the story, the visual layer itself is exhaustively valuable. What undoubtedly remains after watching it is inspiration, uplifting energy, and respect for the ocean. Perhaps it is the most visually powerful animated film.

Life is said to come from water. The ocean is the source of life. 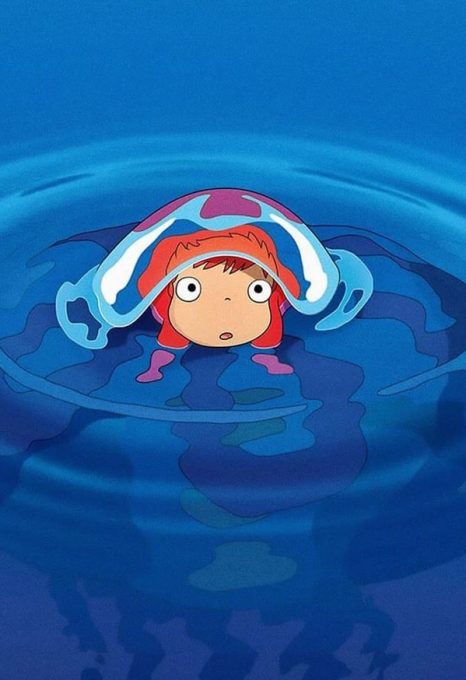 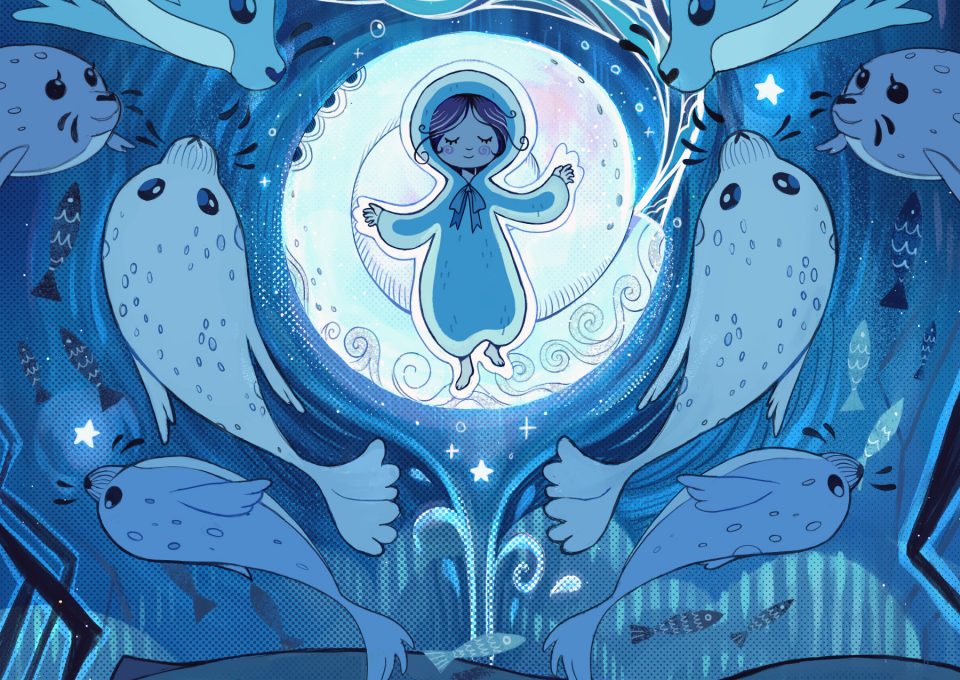 Song of the Sea poster.

Other animations teach audiences to admire less tangible aspects of the ocean, the things that make it magical. Typically, they frame it as a magical realm that can be comprehended in human terms, but is still fundamentally different. These films often derive their stories from folklore and mythology. For instance, Big Fish and Begonia draws upon Chinese stories about the nature of the soul. Set in the Chinese cultural and mythological context, is a story mainly about family, sacrifice and reincarnation, and the invisible life of the ocean and its endangered species. Much of the plot takes place in a mythical reality, in the depths of an ocean world below the human world. By sheer coincidence, the violation of the boundaries between these worlds forever intertwines the lives of two characters from these two different worlds. Perhaps it is not a coincidence that, as the ocean is a female element, the heroes of all these animations are women and girls, and almost invariably in tandem with a human peer of the opposite sex.

I would also like to highlight the differences between the definition of animation and anime. To put it simply: just like in geographical language, every fog is a cloud but not every cloud is a fog. In cinematography every anime is animation, but not every animation is anime. Although in Japan almost all animated productions of the world are called anime, in Europe, anime is a name associated with mainstream productions of Japanese origin. Although the boundary between these definitions is arbitrary, examples of creators of ambitious anime include directors Hayao Miyazaki and Makoto Shinkai. Their art does not fit into mainstream anime standards; it is is characterised by more subtle action and colours, a deep plot, and the almost complete absence of sex and violence. They resemble the minimalism of classic Japanese arts such as haiku or ukiyo-e. And I am focusing on such animations in this article.

Animation can often speak to something more primal in us. A common theme is our identity and rites of passage, such as the transition into more adequate expressions of ourselves. Such archetypes are a foundation of Jungian psychology, and they resonate strongly in most audiences. This is one reason why animation can be so effective as a storytelling medium – though the art styles might typically be more appealing to younger audiences, they reflect archetypes that we’re all familiar with. Creator Tomm Moore has convictions uncharacteristically impressive for today. He believes that art should develop the minds of young people, instead of littering their minds for the sake of the box office. Even though they’re not well known, all three of his main animations were nominated for Oscars: Secret of Kells, Song of the Sea, and Wolfwalkers.

Song of the Sea is a story about two children searching for their identity in challenging circumstances. It is a film that is firmly rooted in Celtic legends and folklore. The multidimensionality of all Tomm Moore’s animations is accentuated not only by the multilevelness or the symbolism I wrote about earlier, but also by the additional language which is the background of these animations. This language was inspired by medieval Celtic iconography, and it is never accidental and seems to tell the whole story before the heroes open their mouths. There is not a moment when the visual language of the background is not on display. It is not just a composition, it speaks to us and forces us to ask questions.

Animation can often speak to something more primal in us. 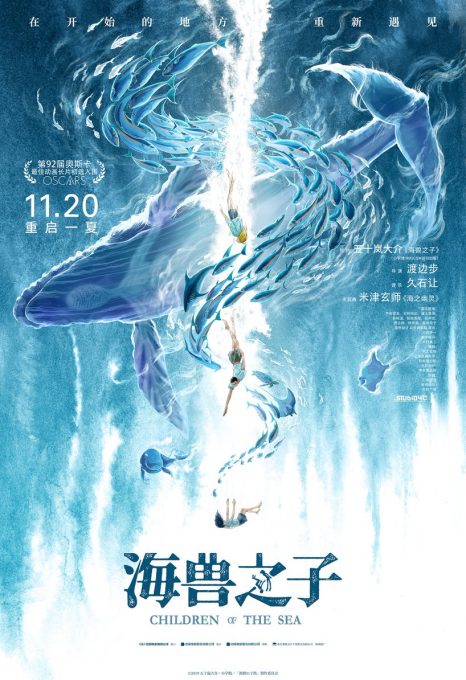 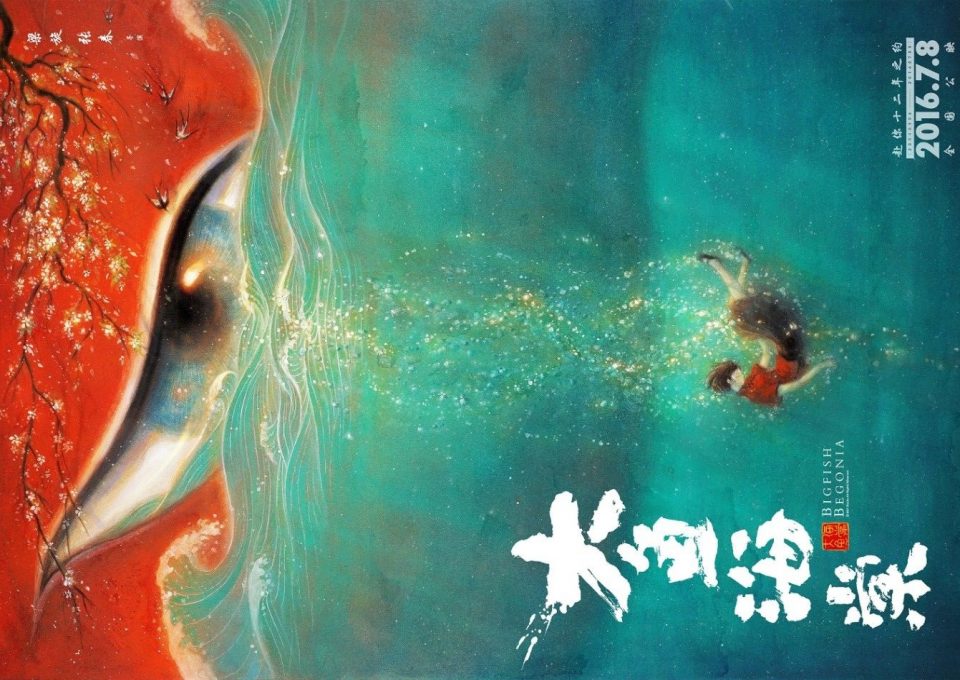 Some animations delve not into folklore, but historical explorations across the ocean.

Some animations delve not into folklore, but historical explorations across the ocean. Long Way North describes an icebreaker voyage across the Arctic. This is the most realistic of the animations listed here, and in fact, it’s downright hyper-realistic. A young girl with the soul of a warrior tries to regain the honour of her grandfather, an explorer who went missing during a mission to crown his career. Most of the action takes place on a ship and tells about her struggle with life on the ocean. Long Way North is minimalistic in a visual sense, but the very convincing and deep plot takes us on a journey through Arctic Russia and Norway. The filmmakers were inspired by the expedition of Ernest Shackleton, whose ship got stuck in the Antarctic ice and whose crew survived 22 unplanned months in Antarctica. Though the Arctic and similarly dangerous maritime environments have long since been traversed in real-life, much of the ocean still remains unexplored. A key part of conservation is the scientific study of the most remote parts of the ocean. Stories like Long Way North serve to maintain a sense of wonder in the broader public, which remains an ongoing task. After all, the ocean is still a dangerous place even for accomplished sailors. However, as the source of all life, it remains an object of wonder.

“Like the sea itself, the unconscious yields an endless and self-replenishing abundance of creatures, a wealth beyond our fathoming,” Carl Jung, the founder of Jungian Psychology, once said. Each of these stories teach us respect for the ocean, which attracts more and more attention from oceanographers, geographers and other scientists studying our biosphere. It is easier to care for something which you have feelings for and can relate to, while it is difficult to have feelings for distant concepts such as the ocean, which remain an unknown for people living in concrete and metal jungles. Consequently, animation can be used to reify topics such as marine ecologies, of which most people only have a passing knowledge. This is the first and possibly most important step to driving changes in both attitudes and behaviours in favour of conservation. The animations listed here are definitely able to connect us to the ocean; I had tears in my eyes after watching each one of them.

Some animations delve not into folklore, but historical explorations across the ocean.