For the love of birds

For the love of birds

Cal Major is a vet, ocean advocate and world-record stand up paddleboard adventurer who founded the UK charity Seaful to reconnect people to the ocean. In this column, she explains why people should appreciate seabirds a little bit more.

Words and photograph by Cal Major
Share
Supported by

Make time for the sea 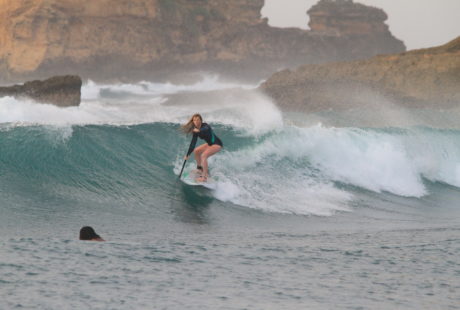 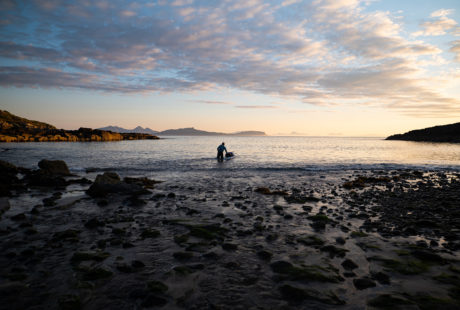 Words and photograph by Cal Major

I think birds are seriously underappreciated. It’s only in the last few years that I’ve really started to understand the joy that can come from watching birds. Don’t get me wrong, I lose my mind at the sight of a whale or dolphin and am blown away by seeing the underwater world. But until recently I didn’t really pay much attention to the feathery creatures that are often so much easier to spot than their submerged counterparts.

I think I first really came to appreciate seabirds in 2018 when I was stand-up paddleboarding from Land’s End to John O’Groats. I got to the very last stretch of coast, just south of Duncansby Head in the Northeast of Scotland and found myself in bird heaven.

I was paddling past enormous cliffs, many invisible from land, and every single ledge was stuffed to bursting with nesting seabirds. Puffins, guillemots, razorbills, fulmar, cormorants, and shags… the noise, and the smell were beyond words. I was careful not to paddle too close as to flush these nesting seabirds off their ledges, potentially dislodging carefully laid eggs or flightless chicks, but even a couple of hundred metres from the cliffs I was surrounded by swarms of auks out to sea looking for dinner. For several years after this trip, when people would ask me what my favourite part of the 2-month, 1,000-mile journey had been, this stretch of coastline always came to mind. The cliffs and rock-stacks were impressive; imposing and stunning, but it was the tiny, busy, stinky birds that really made it for me, and in those moments, I was surprised at just how much joy being around them brought to me, and how perfect a medium for experiencing them stand up paddle boarding is.

Since then, I’ve been joined on the water miles out at sea by fulmar, gracefully dipping their wing tips into the water so close to me I could have reached out and touched them. I’ve paddled under flocks of kittiwakes and watched skua terrorising terns. I’ve been awed by the sheer size of white-tailed sea eagles and been simultaneously amused and amazed at the scruffiness and size of an 8-week-old chick that I had the privilege of helping to tag. I’ve watched puffins dive into the water, and guillemots swim under my board on their way to depths of over 30 metres. And the best experience of all: passing some of the UK’s biggest colonies of Northern gannets at Troup Head and Bass Rock as they circled above, the incredible sound of their wing beats demonstrating their two-metre wingspan.

Whilst making a film series about ocean conservation in Scotland in 2021, I learned as much as I could about seabirds in Scotland from the amazing crew at the Scottish Seabird Centre in North Berwick. These birds aren’t just glorious to watch, they’re an incredibly important part of the marine ecosystem. As such, they are an indicator species for the health of the whole ecosystem: Changes in seabird populations can suggest changes in overall ocean health.

Seabirds have seen dramatic declines over the last few decades, vulnerable to overfishing, particularly of sand eels, plastic pollution, and climate change. In 2022, the UK experienced its worst ever avian flu epidemic, resulting in the death of millions of birds. Somewhat upsettingly, the narrative from the government has seemed much more concerned with the agricultural impacts of this than the effects on marine life, a tangible economic cost versus the devastation of our planet’s life support system. Seabirds around the world are struggling, even before this epidemic, and the more pressure we can take off the marine ecosystem from all directions, the sooner we will see their numbers return.

As with a lot of conservation conversations, I think one of the first steps to generating public support for a particular species or habitat is in people feeling a personal connection to it. The best part is that we all can enjoy watching them. Birds are everywhere if you take the time to stop and observe them. I think my life is all the richer for having realised this. Even if you don’t consider yourself particularly ‘into’ birds, I challenge you to try and notice them more when you’re out and about. And I bet, I hope, really paying attention to what’s right in front of you, will put a great big smile on your face.

Make time for the sea