Like many urbanites, Pippa Ehrlich had lost her connection with the ocean. Meeting and diving with Craig Foster, the ‘octopus whisperer’ featured in Blue Planet II, set her on a path of reconnection and opened her eyes to things she never imagined possible.

This story begins with a tiny shark. I was waist deep in 15 ̊C water when I saw it – a miniature creature swimming close to the surface with a beautiful serpentine pattern running down its back. I had been diving along this coastline for more than five years, but I had never seen a shark as small as this one. I stood frozen as it swam towards me, then, without thinking, I spread my hands and submerged them in the water. The shark pup swam right into them. I was bewildered.

Shysharks are benthic animals, generally sticking close to the ocean floor. What possessed such a tiny, vulnerable animal to swim up the water column into the hands of a land-dwelling giant like me? I shouted to get the attention of my diving companions.

This was my first dive with Craig Foster. I first heard of Craig when I was much younger. He and his brother Damon, made waves in the documentary film world with The Great Dance, a film that gave viewers a glimpse of life and nature through the eyes of the San Bushmen. More recently Craig gave up his career as an award-winning filmmaker to become a naturalist – a modern-day shaman of the ocean wilderness that laps at the shores of Cape Town’s urban jungle.

In late 2014 a friend showed me images from his dives with Craig. At that time, I had a job as a journalist for a shark conservation and research organisation and I begged for a diving invitation. Two months later, I found myself holding a week-old shark that had swum into my hands – a seminal moment for a shark journalist.

We spent the rest of that morning diving without wetsuits in the cold waters of the kelp forest. I knew this environment well, but on that day I felt like I had slipped into a new dimension – the mythical ‘Golden Forest’, as Craig calls it. I watched Craig lift a sleeping catshark and cradle it at the surface. We followed trails in the sand leading to almost invisible sea slugs. I gently held a huge octopus as it suctioned onto my leg. I was conflicted about our contact with these wild creatures; as a science journalist this new way of interacting with nature went against everything I believed, but these gentle exchanges gave me a deep sense of connection that I had not anticipated. I left Craig’s house that afternoon feeling calm and alive, but with a headful of questions. It would be more than two years before I found answers.

These gentle exchanges gave me a deep sense of connection that I had not anticipated. 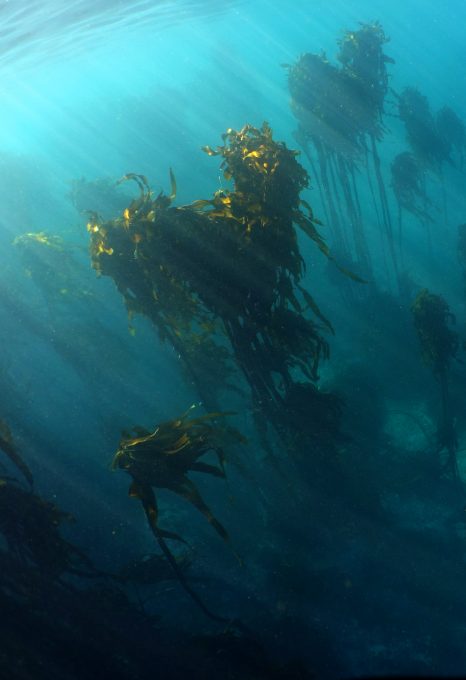 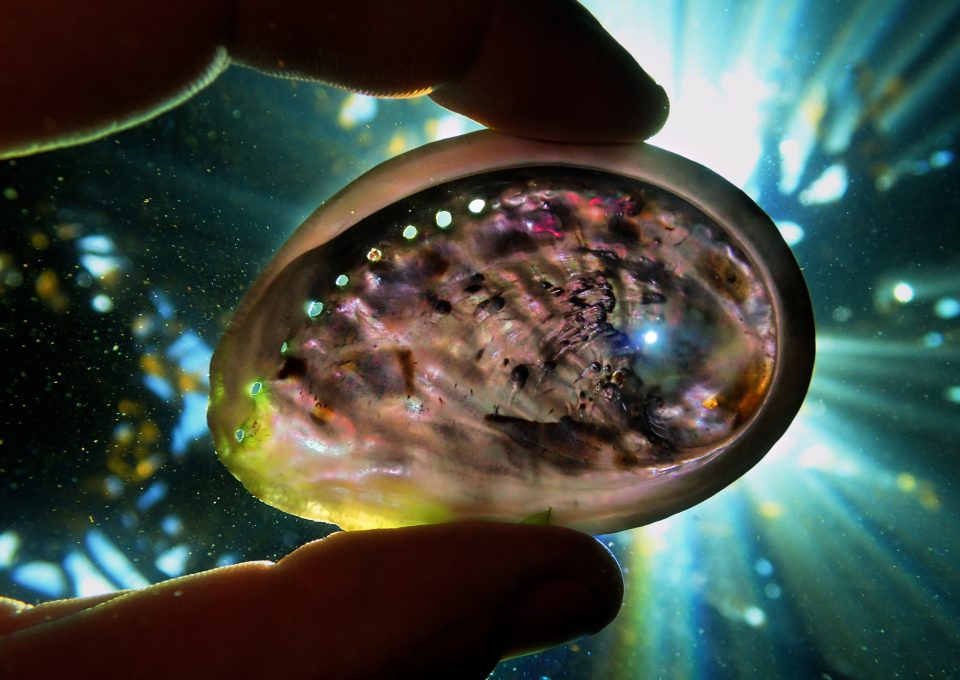 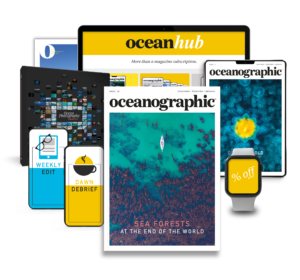