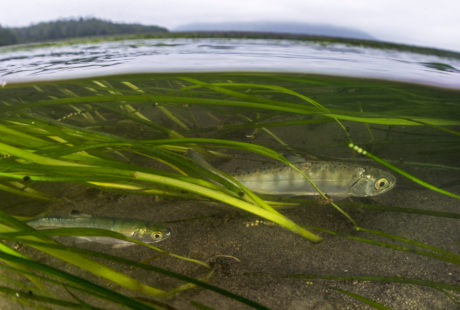 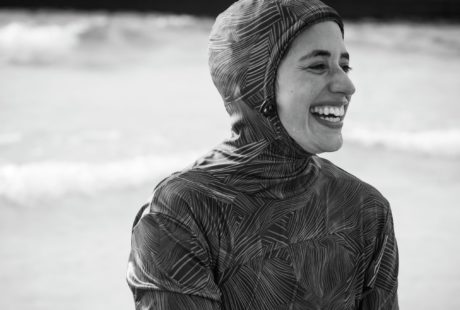 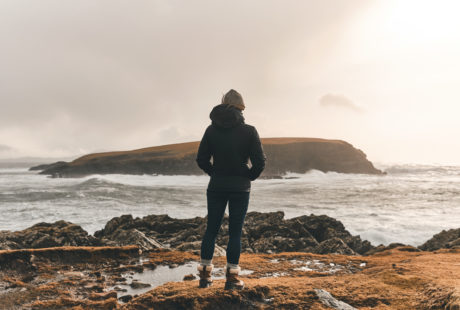 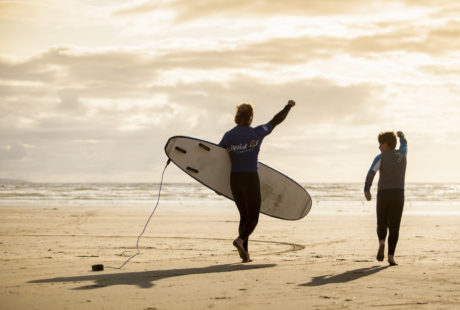 The Cigarette Surfboard. It’s an unusual and provocative way of starting conversations with strangers about the consequences of our mindless everyday behaviours and habits.

It’s an unusual and provocative way of starting a conversation with total strangers about the consequences of our mindless everyday behaviours and habits, a mentality of littering represented with the flick of a cigarette butt. They argue how this represents our single-use, throw-away culture and its effects on the ocean.

It all started with a creative response to the question, “What kind of trash could we salvage to make a poignant statement about littering and coastal health, while capturing the hearts and minds of surfers, environmentalists and everyday citizens?”

The answer: Cigarette butts – the most littered item in the world (5.6 trillion a year). What most people might not realise is that these butts are made from plastic, which means they will never fully decompose. Floating in the seas and our coastal beaches and bathing waters are trillions of these butts, leaching thousands of toxic chemicals into the water into the environment.

There are currently three ciggy surfboards traveling the world with Taylor and Ben, an evolution of earlier models. They gathered 1000s of butts from the beach and using recycled foam surfboard blanks they carefully inlaid and glassed the butts into the deck and bottom of the ciggy boards, creating beautiful, striking visual designs and patterns with the different coloured brands of butts.

I met Taylor and Ben for the first time in the north-west of Ireland last year at a place called the Fairy Bridges, ancient limestone sea arches with the Atlantic ocean roaring below. Since, they’ve been on a journey around the world meeting influential surfers, environmental activists and designers to challenge the “out of sight, out of mind” mentality and to explore the responsibility surfers and the surf industry have to be stewards of the sea, what actions are being taken, and what are the technological, ecological, social and cultural creative design solutions. And, crucially, what can each of us do to improve the current state of our ocean’s health, and why the health of the ocean is essential for all humans, wherever we are on the planet.

The Cigarette Surfboard is not unlike a powerful talking stick – when it is passed to a surfer, passer-by or stranger it opens up a whole field of curiosity, discussion and reflection. Through sharing waves and riding these boards in different places around the world, powerful stories are being shared full of personal connection and affinity with the ocean, and universal themes, across cultures.

No where on earth is plastic pollution not a problem, and no part of the ocean remains ‘untouched’ either. We used to believe that the sheer volume of our oceans, about 1.335 billion cubic kilometres, would dilute any of the waste we put in it, ‘dilution is the solution to pollution.’ Yet, our planet’s greatest body of water is becoming increasingly vulnerable. The most vivid example of how tangled our societal actions and human behaviours are with the ocean, and how there is no such thing as away, is the emergence micro plastics in our seas and food chain. Microplastics are so widespread that they are in our drinking water and entering our bodies, with poorly understood consequences. It is estimated that we eat, swallow, and breathe in 2,000 tiny plastic particles a week, about the size of a credit card. Despite this, projections for plastic production are set to double and triple in the coming years. Taylor and Ben try to address this huge question, where will all the plastic go – landfills, the oceans, outer space?

There will never be one solution to such a complex problem, Which is why it’s important to document the diversity of approaches, tools and solutions all around the world. A starting place might be organised beach clean-ups which recent studies have found to act as powerful awareness-raising tools encouraging pro-environmental behaviour and also enhancing social wellbeing and community cohesion. With any complex, global challenge, concerted, collective efforts are needed with the capacity for co-operation and collaboration within and between communities. Building on these efforts, we need to tackle the upstream effects. How to prevent the pollution, fuelled by massive production and consumption, and a laissez-faire attitude to waste, in the first place?

Through the Cigarette Surfboard, stories are being gathered of how we might restore our oceans, and our societies, to a state of good health. These stories include the political impact of the activism of Chris Hines and Surfers Against Sewage, who rallied the masses to change UK law, putting a stop to raw sewage pollution; the influence of environmental campaigners and advocates Sustainable Coastline Hawai-i, Kokua Foundation and Surfrider pushing Bill 40, a law that would make Hawai’i the first US state to ban angle-use plastics (Hawai’i has already banned chemical sunscreen harmful to coral reefs and plastic shopping bags); Precious Plastic, the innovation of Dave Hakkens and his team of creatives in the Netherlands who invented DIY open-source technology to recycle plastic waste; Moy Hill Community Farm in Ireland recognising the importance of land-sea connections, and the benefits of regenerative agriculture not only for growing good food and maintaining healthy ecosystems but growing community too.

These are powerful reminders of how it’s all connected. There is no such thing as away. With each wave ridden the story grows, of small and big waves of change gaining momentum around the world.

The Cigarette Surfboard. It’s an unusual and provocative way of starting conversations with strangers about the consequences of our mindless everyday behaviours and habits.

This columnn appears in ISSUE 10: Interpreting whalesong of Oceanographic Magazine