I am floating, suspended 30 feet below the surface, holding my camera against my chest.

For now, I’m not taking any photographs. I close my eyes and listen to the soundscape of the ocean. My wetsuit hoodie muffles a lot of the sounds around me, and I’m not sure if I’m imagining things. Once again, music soars out from the blue and there can be no mistaking it. A humpback whale. The song starts with a series of high and eerie notes before plunging to deep, rumbling tones. I open my eyes and look west, away from the reef behind me with its beautiful Pavona coral colony and resident juvenile Cortez angelfish that, until just a moment ago, monopolised my attention. The whale sings on. I know its song will have travelled for miles, but it sounds so close. I imagine a giant dark shape materialising from the miles of teal of water, knowing it is unlikely to happen. I see a flash behind my left shoulder. The Cortez angelfish still patrols its range. It darts left and right and then settles on its coral perch. It too is looking west. I wonder if it is also listening to the whale. It must be.

A fortuitous combination of a commercial assignment and an invitation by a friend brings me to Careyes, a resort on the south coast of Jalisco, Mexico. A stunning section of the West Mexican coast just two hours south of my hometown, Puerto Vallarta. My friend and host Marco eyes my wetsuit incredulously. “Estas seguro?” he says. The water is 30 degrees celsius. But past experiences of jellyfish, sharp corals and long dives has taught me to never dive without a wetsuit. Watching the swells rise over a rocky point of a nearby islet I know I will not regret my decision. 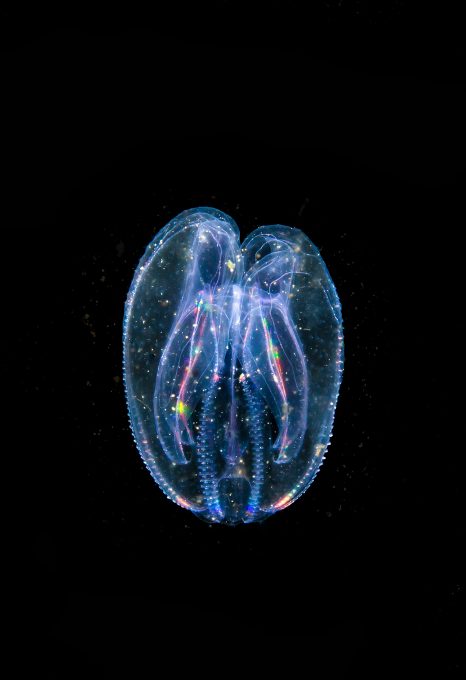 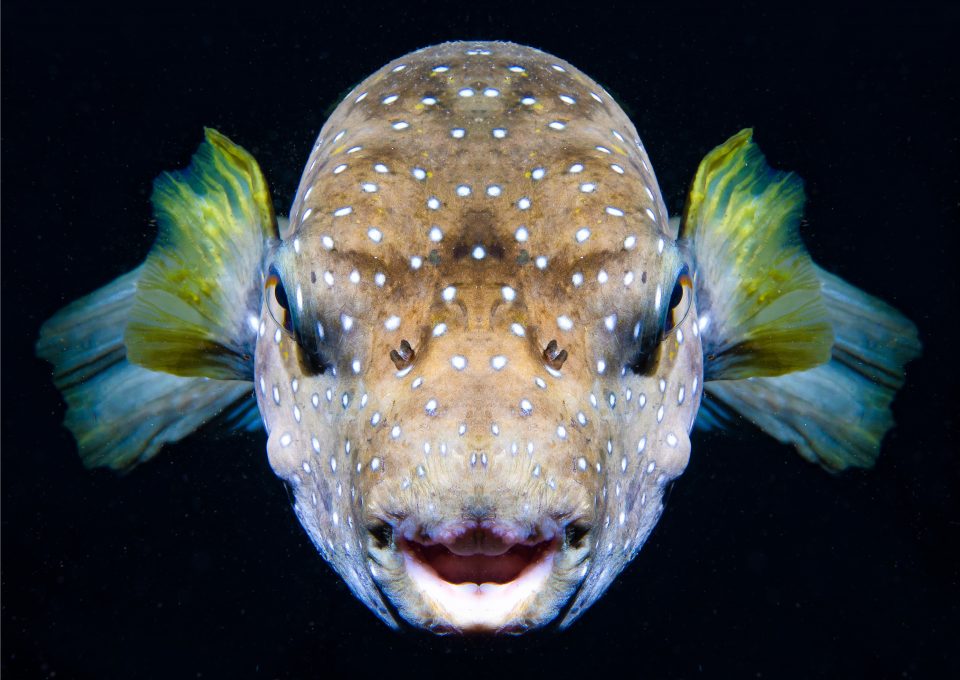 I lift my camera to snap a photo of this brilliantly coloured creature. I can tell it’s not thrilled with my presence, but I am grateful for the opportunity. With the humpback providing a chilling yet beautiful soundtrack, I choose to not overstay my welcome here and move on. I am exploring the western tip of an islet of Careyes, having arrived for my first diving adventures here almost two months ago. While I fought swells and bad visibility initially, today I immerse myself in a gentler side of the Pacific. This is as calm as it gets. It’s by no means placid, but it’s a long shot from the pounding swells I rode here a few weeks ago. The visibility is also a welcome 30 feet, which makes it approximately 28 feet more than my first dive.

I glide a bit deeper alongside the shapes of the stony Pavona corals and kneel on the sand next to it. Close up the coral looks like a tan velvet blanket. A cloud of small silver fish I had seen earlier close to the surface descends along the reef in hypnotising synchrony and wraps around the coral colony. Light from above bounces off every single one of their streamlined bodies.

As I continue my circumnavigation into shallower waters, I am glad to run into some familiar inhabitants. A shy Panamic green moray eel who lives below the folds of another Pavona colony and a large school of Yellowtail surgeonfish that prefers to frequent the rocky point, at the edge of a Pocillopora coral field.

Today, I immerse myself in a gentler side of the Pacific.

I look up at the fish, which form a dense ball of synchronised swimmers moving gracefully in the foamy water around the point. They allow me to get quite close before I drift closer to the Pocilloporas. This rare sight, an uninterrupted field of coral garden, is what I came to see. Their non-assuming shapes and rust hues roll out in front of me into a carpet that extends as far as the eye can see. I explore its periphery looking for a spot to safely park myself.

Coral reefs are often compared to cities. Large and complex, fast-moving and dazzling. This vast Pocillopora “city” looks, on the first glimpse, almost conservative. Clad in mottled maroons and dark greens with tight, uniformly spaced building blocks. From a distance it looks more like a countryside landscape of rolling hills, void of much action. But if you want to see what is really going on inside a reef, you have to get much closer. From a few inches away, I can properly appreciate the intricacy of individual polyps, but also discover the wonderful diversity of life that lives under the canopy of Pocillopora heads. I watch Blue-eyed spotted hermit crabs, Christmas tree worms and tiny Mexican barnacle blennies go about their day, as well as a myriad of juvenile coral reef fish. I am absolutely sure I could spend my entire tank on an area no larger than a dining table and never run out of creatures to photograph. 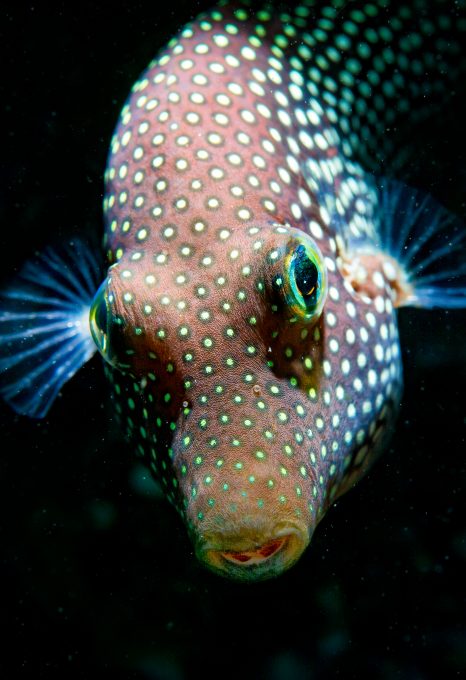 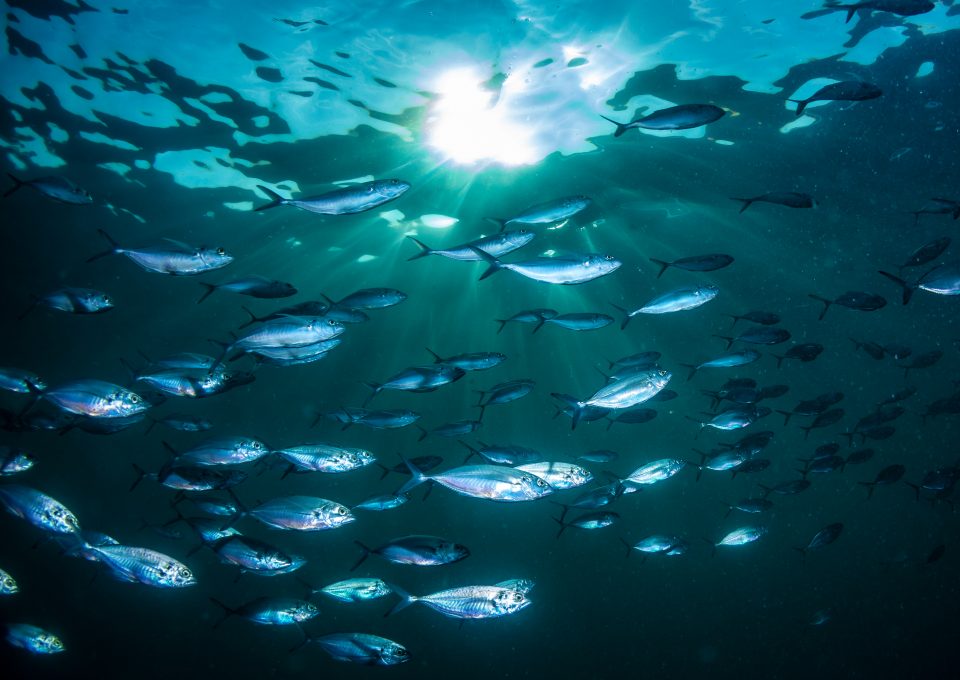 Most colonies at the edge of the field consist of a mass of tidy round heads, but one section I find seems to have suffered some kind of an impact. Its side is shattered, and pieces of broken coral lie strewn on the ocean floor. Its entire flank is open revealing much of the internal structure. Only the upper quarter is still living coral. The rest of it, which would normally be hidden from sight, is old and now dead. A clump of sea urchins made a home at its base and Giant damselfish seem to have claimed territory here too. The omnipresent Cortez rainbow wrasses sprint around, seemingly racing each other. I wonder how old this structure is. I know Pocillopora are one of the faster growing stony corals, but even in optimum conditions, they will not grow more than 2-3 cm per year. The formation in front of me is at least a metre tall, making it without any doubt many decades old. Despite its broken side, the top of the colony seems to be thriving. If I were to guess what happened here, I would blame strong wave action during a hurricane or storm. There wouldn’t be a shortage of candidates, as powerful storms hit this coast relatively often. Hurricane Patricia, which made landfall here in 2015, was the strongest ever recorded storm on the planet, with sustained winds of 345 km per hour – easily capable of delivering significant damage to the reef.

Later during the dive, I notice other damaged corals, but all in all, the reef looks healthy. I discover later that, despite being home to one of the best-preserved Pocillopora coral colonies that I’ve ever seen, this reef used to be much larger in the past. Every reef feels the pressure of a changing ocean. I shudder at the thought that if we’re not careful, this extraordinary reef city, which has provided me with such joy over the past few weeks, might one day disappear altogether.