Over the course of eleven months, the largest ever environmental and wildlife study of the Red Sea has been undertaken along 200km of Saudi Arabian coastline. It is part of a wider call to action for the tourism industry to do better when it comes to protecting the natural environment and biodiversity.

The survey along the Red Sea coast in Saudi Arabia, conducted from January through to November 2021, revealed that many threatened and endangered species inhabit the area, highlighting the importance of environmental protection and regeneration efforts. While fish and their habitat were surveyed at nearly 300 coral reef sites, more than 300,000 fish were counted of 280 different species.

During the study, machine learning technology was used to automatically analyse coral reef survey imagery, a tool that generates data comparable to that produced by expert human analysts with significantly less time to analyse and receive data. The researchers assessed the condition of coral habitats across all complex shallow reef system encompassing around 100 km2 of reef habitat. They found that, although conditions of reefs varied, the highest quality reefs were found at outer reef walls and crests, while the highest coral cover at any site was outside Ummahat Island.

Many enormous corals were found throughout the project area, particularly around Mardunah and Waqadi Islands. The largest colony encountered was over eight meters in height and estimated to be over 600 years old. Fish assemblage highlights included discovery of locations of spawning aggregations for snapper and emperor, and regular encounters with schools of up to 100 bumphead parrotfish – the world’s largest parrotfish – listed as vulnerable, and rarely encountered in such large groups across most of their range.

“In terms of coral cover, some areas had cover that was lower than anticipated, with strong indication that they had once been home to more thriving reef communities several years or decades previously. This is a reminder of the fragility of coral reef systems, but also highlights areas that we may hope to improve through reseeding or other methods, as they have potential to sustain vibrant communities,” commented Dr Omar Al Attas, head of environmental sustainability at The Red Sea Development Company which undertook the survey.

Besides fish and corals, 14 bird species were surveyed in the region. While around 25,000 breeding pairs were counted, the most widespread bird population were the white-cheeked Tern and the osprey (each breeding on more than half of the 92 surveyed islands). Most notable of the findings was the importance of the area for sooty falcon, a vulnerable species with declining global population numbers, but breeding in high numbers on some Red Sea Project Islands. The 41 breeding pairs of sooty falcons represented 34% of the Saudi Red Sea population (~120 pairs) and 2% of the entire world’s population (~2,000 pairs).

When it comes to megafauna in the Red Sea, the survey teams found close to 200 nests of the critically endangered hawksbill turtle, as well as had numerous sightings of the endangered Indian Ocean humpback dolphin, and eight different species of sharks, including the endangered whale and zebra sharks. Furthermore, they saw a significant numbers of the Halavi guitarfish – an endemic species of ray classed as critically endangered. The observation of calves and young individuals of several species of shark, ray, and dolphin indicate the presence of important nursery areas in the region that will be essential to the breeding success and protection of these species.

Additionally, the Red Sea is believed to host the world’s third largest population of Dugongs, after Australia and the Arabian Gulf. The most recent region wide survey was more than 30 years ago, and the lack of comprehensive studies into the species in the Saudi Arabian Red Sea makes this a high priority for us. During 2021, the team sighted Dugong on ten occasions, including one mother and calf.

While much of the Red Sea coast is in excellent condition and home to thriving wildlife, the survey unearthed evidence of some earlier impacts in a few areas. This is a clear reminder that these environments are dynamic and full of potential, but also vulnerable to change, and needing careful management. 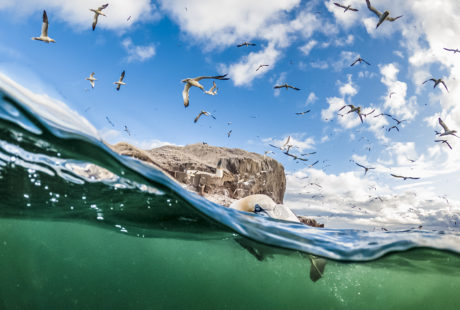 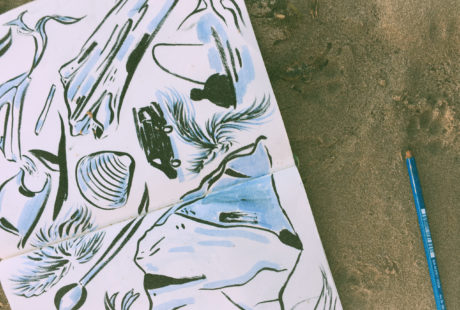 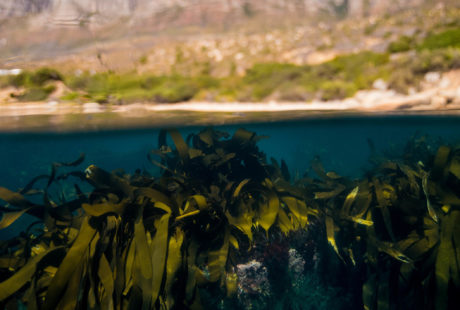 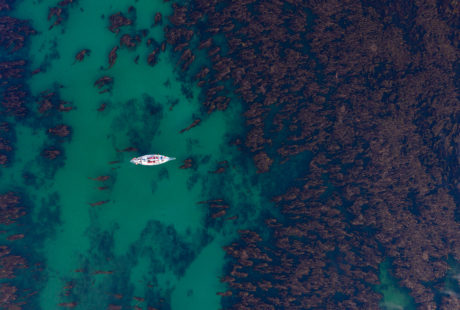 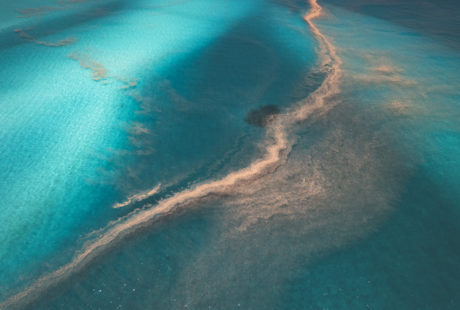 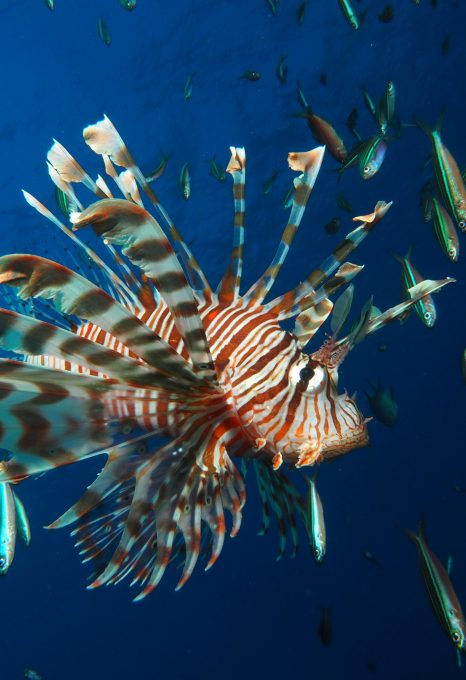 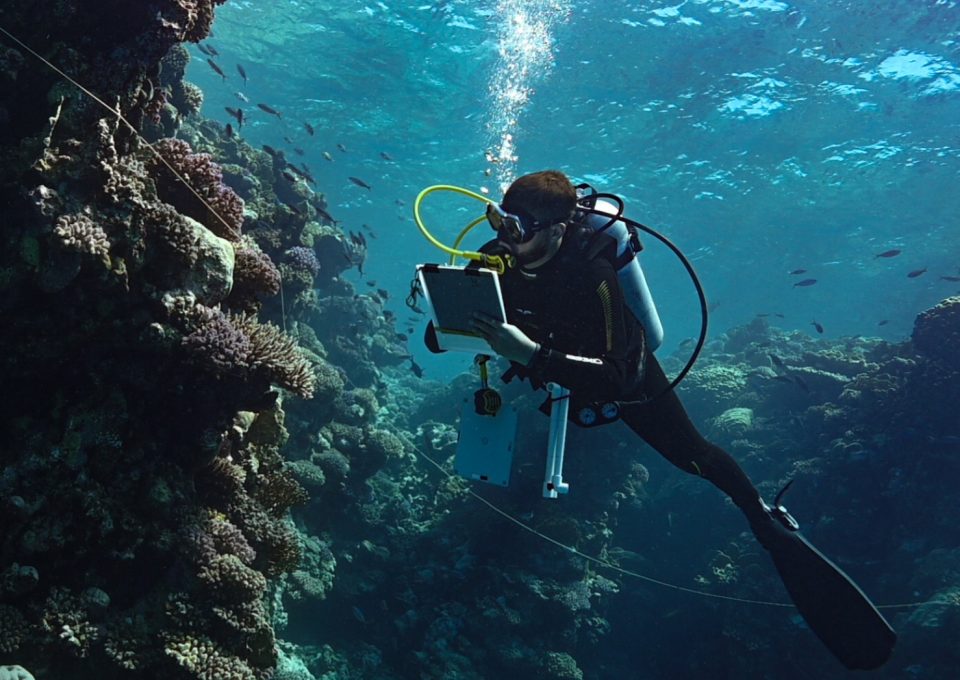 The study was undertaken and released by the Red Sea Development Company (TRSDC), the developer behind regenerative tourism projects such as The Red Sea Project and AMAALA. The survey conducted by TRSDC is the largest effort ever undertaken by a private development company to understand and assess a natural ecosystem ahead of and during development. It serves a crucial purpose in creating a baseline understanding of the state of the local environment through analysis of the populations, behaviours, and habitats of the wildlife over 200km of vibrant Red Sea coastline within TRSDC’s flagship destination – The Red Sea Project.

“We want to prove to the world, and our peers in the tourism industry, that creating world-class destinations can go hand-in-hand with protecting and enhancing the environment. We’re challenging ourselves and others to do better and be better as global pioneers in responsible development and are issuing a call to action for tourism as an industry to step up when it comes to the impact on wildlife and biodiversity,” said John Pagano, CEO of TRSDC.

The research forms the marker against which TRSDC will measure progress towards its ambition to deliver meaningful net conservation benefits through biodiversity enhancement efforts and plays an important role in identifying and highlighting areas of environmental concern, and which require future mitigation and action.

“The Red Sea coast is a hidden gem of incredible natural beauty, with rich and thriving wildlife. As an organisation with sustainability at our very core, it is our responsibility to not only protect, but to actively enhance and regenerate the natural ecosystems that exist here. To make this a reality, we want to transparently measure ourselves against our stringent environmental promises by establishing this baseline, and regularly reporting on progress,” Mr. Pagano added.

The tourism industry is one which places significant strain and stress on local land and marine areas. 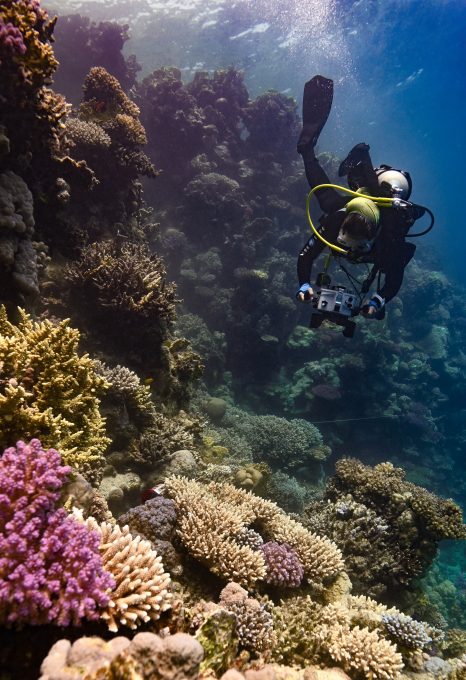 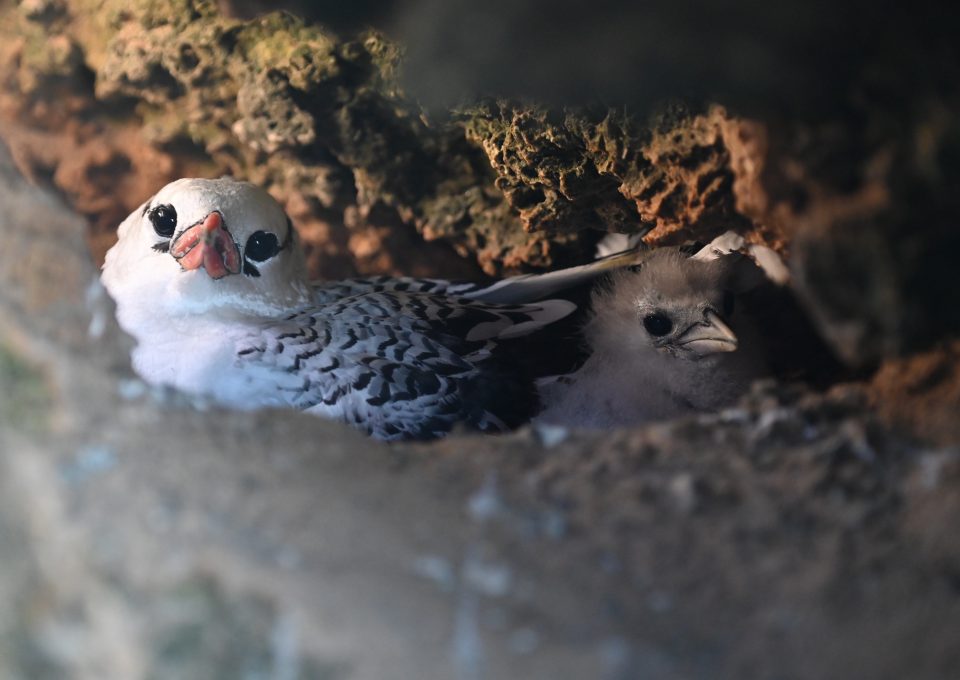 Dr Omar Al Attas commented: “This study has revealed the full extent of the region’s rich biodiversity. And there are promising signs that, with careful management, this abundance can increase further – with several important nursery areas across the region identified. As such, it’s absolutely essential that we not only protect, but actively look to enhance, this diverse wildlife and environment. While our study shows that the area is full of wonderful flora and fauna, it also turned up evidence of earlier impact of human activity pre-dating our development activities. This was a stark reminder of the vulnerability and fragility of these ecosystems, and a reminder of the ultimate goal of initiatives such as these.”

“As our project advances, we plan to undertake regular surveys of a similar size in order to track and analyse trends and impact over time, showing progress against our ambitious goal of a 30% net conservation benefit by 2040. Now that we are informed about the nature of their presence here, and possess more detailed information such as breeding patterns, we will be better placed to consider how development plans may affect them, and take steps to ensure this is mitigated,” he added.

At a global level, the findings might not only prove useful to the scientific community, but might also be an important moment for the future of sustainable tourism. “We believe that developments, and the industry more broadly, can and must do better to protect the natural environment. We have now demonstrated how companies -if they are serious about sustainability- can take the lead in environmental studies of this scale that have typically been left to governments and public bodies. We want to set new standards for responsible tourism, and ensure all projects are grounded in scientific reality and a ground-up approach to sustainability,” explained Dr Omar Al Attas.