The west coast of Vancouver Island is a magical place.

Ever since my Dad let me drive the car down Long Beach dodging washed up masses of kelp with my feet barely reaching the pedals – something you could do in the 1970s – I’ve been drawn to the crashing of waves on the long stretches of sandy beach, the churn of the ocean as it beats relentlessly on the rocky reefs. Ever since, I have loved exploring the nooks and crannies of the coast, while keeping an eye over my shoulder, wondering what the open ocean might bring next. Little did I know in those early days that, decades later, my work would bring me back here. Cruising rocky reefs instead of beaches, in a small boat instead of a car, working to understand the productivity and value of this rugged, coastal ecosystem.

Coastal kelp forests are one of the most productive ecosystems on the planet, with giant kelp (Macrocystis pyrifera) growing as much as a metre a day during peak growing seasons. These towering plants reach the surface from depths of up to 30m, creating expansive marine forests that serve as important habitat for many marine species, as well as providing a range of services for coastal communities.

However, these kelp forests do not always adorn the rocky reefs on which they depend for their holdfasts. In some places, they have been absent for over a century due to relentless grazing by sea urchins, their greatest predator. The dominance of sea urchins and other large invertebrates in many coastal systems is a consequence of the marine fur trade. This global endeavour killed over one million sea otters for their pelts, driving the species to near extinction across their entire North Pacific range. Only a few thousand animals were left in small remnant populations after the species was protected by international treaty in 1911.

The dominance of sea urchins and other large invertebrates in coastal systems was a consequence of the marine fur trade. 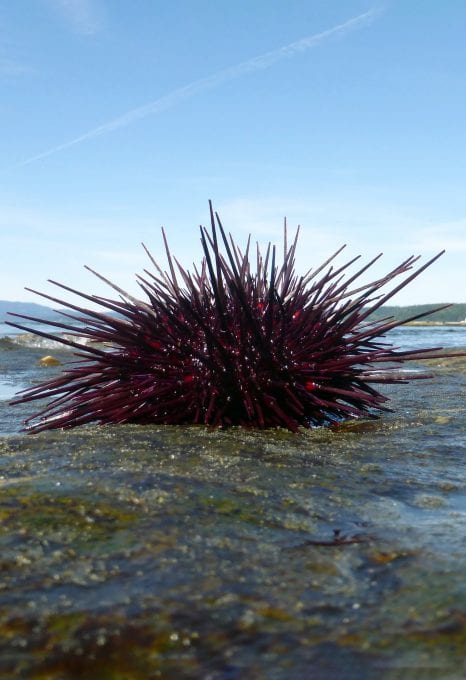 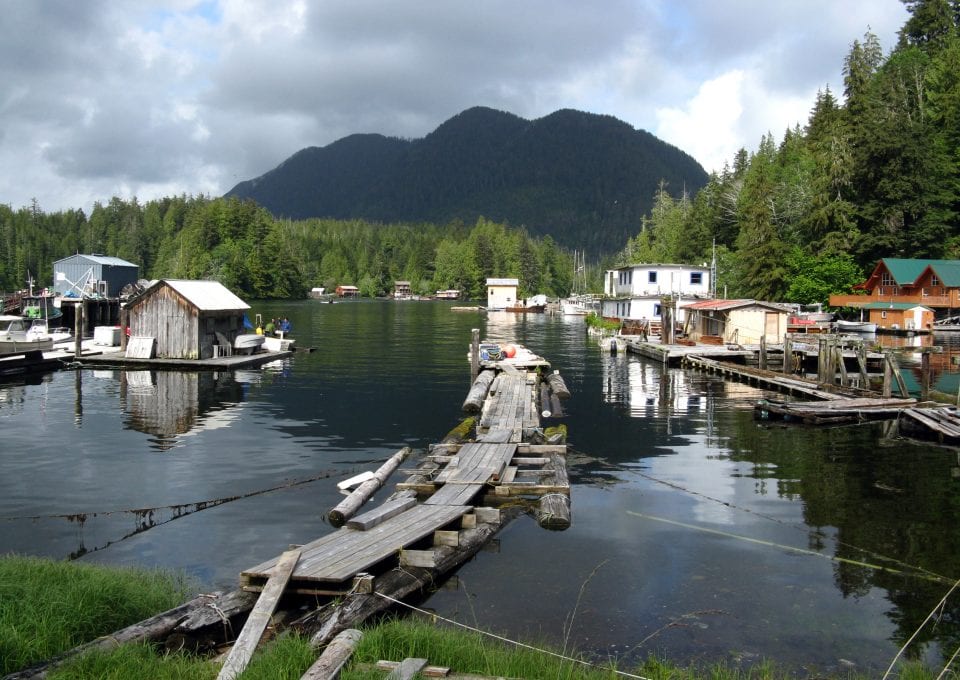 Sea otters are voracious predators of large invertebrates such as urchins, crabs, and clams. Without otters to keep them in check, urchins and their compatriots grew in size and abundance. Over time, this led to both the loss of the kelp forests, and to the exploitation of these same tasty invertebrates by human predators.

Sea otters were reintroduced to Vancouver Island from a remnant Alaskan population during translocation events in the late 1960s and early 1970s. The 77 animals that survived the translocation were clearly happy in their new habitat, and 30 years later, had fully reoccupied a large stretch of northwestern Vancouver Island. While seen by many as a conservation success story, this put the otters in direct competition with people who make a living from those same shellfish that were fuelling the sea otter recovery. Invertebrate fishers described devastated fishing grounds, while coastal communities lost a large part of their subsistence diet.

It was in this context, with some cheering the sea otter recovery and others viewing them as the ‘rats of the sea’ that I set to work with a team of researchers from the University of British Columbia to get an understanding of the broader value of two very different coastal ecosystems: the first dominated by sea urchins and a hyper-abundance of shellfish with few kelp forests, and the second dominated by sea otters, with lush kelp forests re-established on rocky reefs across the exposed coast.

Occasionally, dozens of furry heads would look up curiously as we appeared.

Our study involved three years of field work. I got to drive around collecting data on the size and distribution of kelp forests across the region. Others got in the water and sampled the different species in and around the kelp forests.

Sampling kelp along the coast where sea otters have recovered was full of surprise sightings – for both us and the otters! Often, when navigating to a sampling site around rocky reefs and crashing waves, a pass between the rocks would open up and we would find ourselves in a small, becalmed patch of kelp. Occasionally, dozens of furry heads would look up curiously as we appeared, wondering what the intrusion was, before diving and dispersing. These encounters always left us energised, and even more curious about how these voracious balls of fur interact with their environment.

Using our field data, ecosystem models, economic reports, and a variety of assumptions to tie everything together, we found that a sea otter-dominated system could generate as much as seven times more revenue every year, when the benefits from tourism and kelp production were included.

In addition to being keystone predators, sea otters are very charismatic, with endearing behaviours that delight wildlife viewers. Surveys suggest that visitors to the region would pay an additional $120 more for a wildlife tour if the chances of seeing sea otters was high. Given the number of visitors to the region, this could lead to as much as $47 million tourism revenue per year.

In addition to being keystone predators, sea otters are very charismatic. 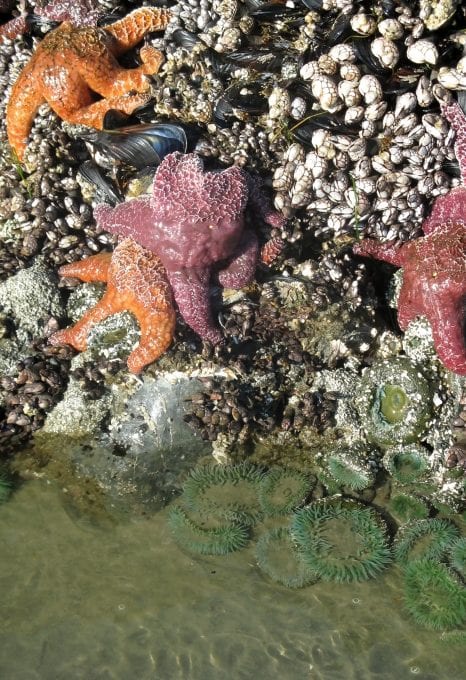 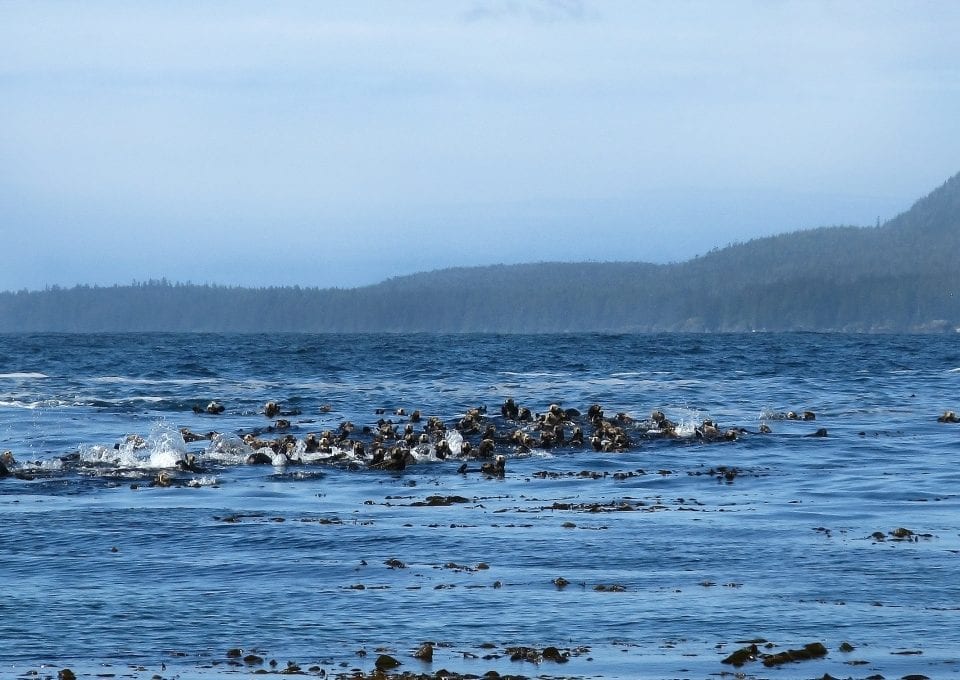 Figuring out how to live with sea otters is the next step for the people of British Columbia’s coast.

Increased kelp production can also be monetised, depending on whether the kelp enters the food web as primary production (a nutritional subsidy), or is washed out to the deep ocean and long-term storage (carbon sequestration). We estimated the nutritional subsidy to be worth about $12 million per year, in the form of increased finfish production. Combined with about $4 million per year from carbon storage, these benefits further offset the predicted loss of $7 million to the shellfish fisheries.

Of course, we do not expect our predicted costs and benefits to be equitably distributed, nor will all the benefits necessarily be realised. For example, a transition to wildlife tourism may not be a desirable path for some. Importantly, our study did not include the real and significant impacts the loss of shellfish will have on coastal communities that rely on subsistence harvest. Such social and cultural values are difficult to monetise and were thus beyond the scope of our study. However, including such values will be critical in the future management of these important coastal systems.

Figuring out how to live with sea otters is the next step for the people of British Columbia’s coast. While some may be able to adapt to the changing ecosystem, communities will need a way to retain some subsistence harvest. This path likely lies in the re-establishment of some traditional management practices, such as perimeter protection. This involved the sometimes lethal harassment of the sea otters that approached clam gardens and other resource patches close to coastal villages. However, these practices were much easier to implement pre-contact, when the communities were larger, and marine resources were managed locally.

Whatever the future holds, having a broader understanding of the diversity of benefits produced by dynamic ecosystem, and how they are valued, will help navigate the emerging changes. With an emphasis on local management, reconciliation with coastal communities, and some luck, we will find our way to an equitable distribution of the resources supported by this wild, magical, coast.

To learn more about the reintroduction of sea otters in British Columbia, read our corresponding article in Issue 15 of Oceanographic Magazine, ‘Ancient Coexistence: Otters and First Nations.”

Figuring out how to live with sea otters is the next step for the people of British Columbia’s coast.