Rumour has it that no one has ever photographed the Thai dugong underwater.

Congregating primarily along the southern Andaman Coast, the elusive Thai dugongs are listed as vulnerable to extinction with populations plummeting and fast. Extremely skittish, they were originally hunted as a food source by local communities and indigenous peoples, followed by poachers responding to demand for their tusks on the black market for use in ancient Thai medicine.

Their docile nature made them easy pickings, frequently killed by propeller strikes from the long-tail boats ubiquitous to the area. To make matters worse, dugongs are largely dependent on seagrass meadows, habitats highly in danger due an array of human activities that include dredging, property development, and overall environmental degradation. In China, there has been no sighting since 2008, declaring them functionally extinct.

Then, during the first year of the COVID-19 pandemic, rumblings stirred: the dugongs were back in Thai waters.

Thailand’s stringent lockdown measures meant a country constantly buzzing with year-round tourism came to a screeching halt. Boats remained in the harbor; scuba divers ceased blowing bubbles underwater; fishermen were grounded to land. Along the coastline, the waters grew silent. In a twist of environmental fate, the sharp decline in tourism meant a silver lining for wildlife.

The notion of photographing this near-mythic creature was too powerful to ignore. Growing up in Bangkok, I’d heard tales of creatures somewhere in the far south. In the Thai epic poem, The Legend of Phra Aphai Mani by national bard Sunthorn Phu, a mermaid makes an appearance as the main love interest. As a child, I often wondered if this mermaid was inspired by the dugong, too. It would be incredibly poetic to have a Thai person be the one to photograph the Thai dugong for the very first time.

Taking on the challenge, I returned to my home country to try my luck. I was joined by wildlife filmmaker Naudé Heunis, whose expertise tracking and filming animals in the African bush could lend itself to the complex task of tracing, finding, and filming dugongs in muddy visibility. After making contact with a village chief from a local community, we journeyed to the southern region of Trang – and specifically to Ko Libong, a remote island barely a stone’s throw from Malaysia. 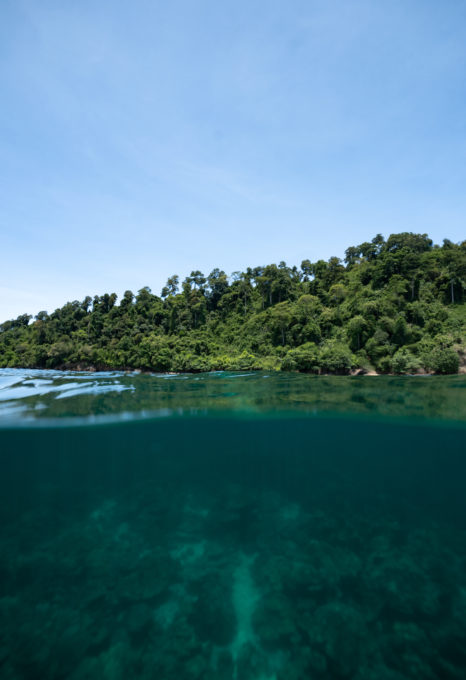 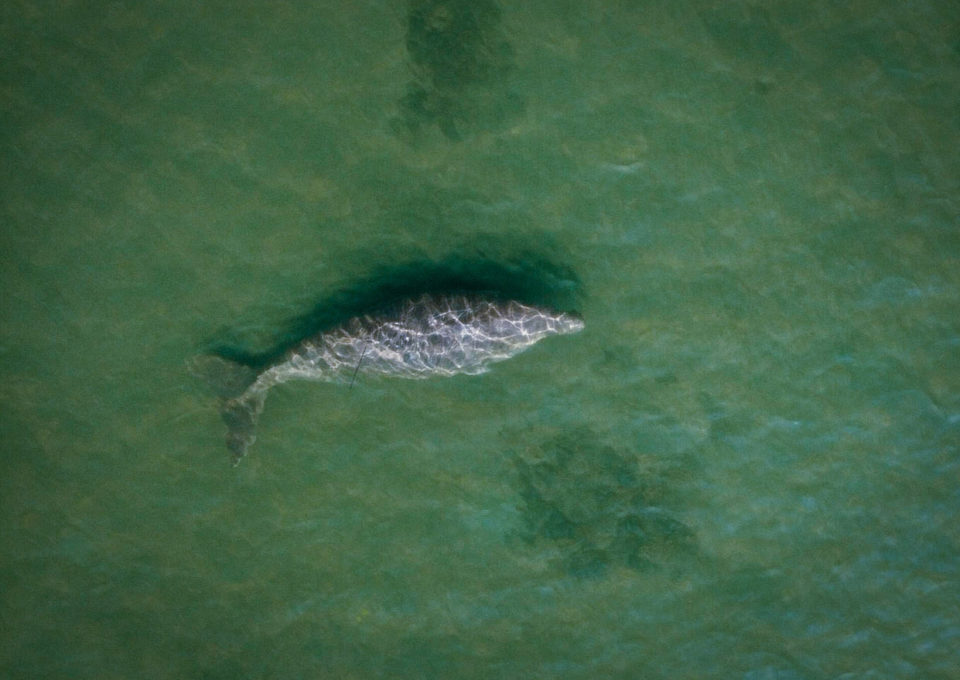 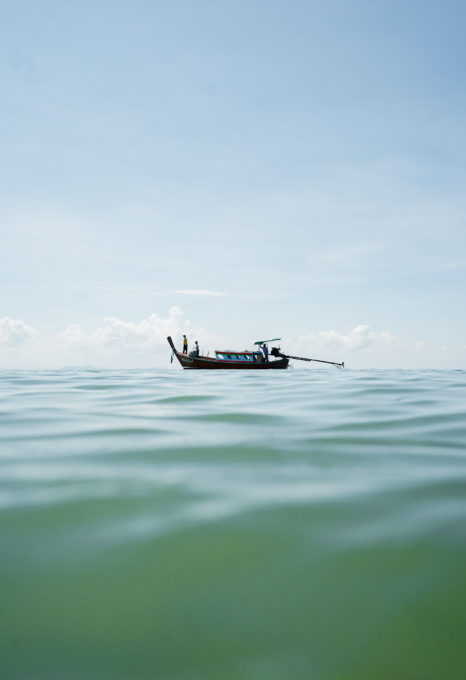 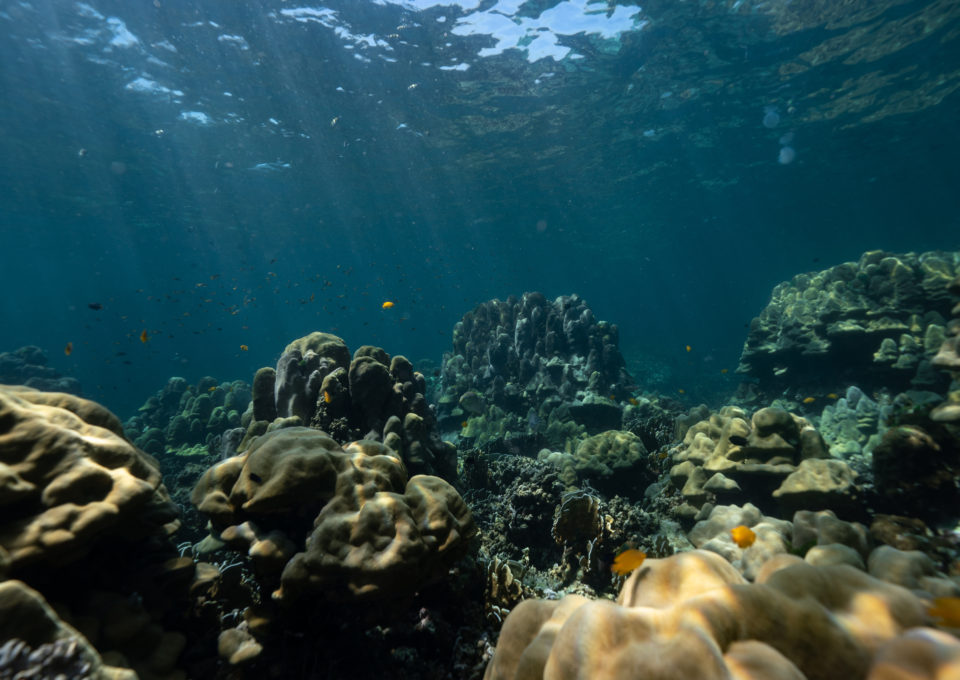 Here, the culture is vastly different from the rest of the country. The people are majority Muslim compared to Thailand’s predominantly Buddhist population, the food is far spicier with clear influence from historic trade routes, and on some islands, only women drive local ‘taxis’ – motorcycles fitted with side-carriages to take rare visitors around.

“It’s going to be tough,” warned Ismaann Bensaard, his central Thai dialect accented with the distinctive notes of the south. As the President of Community Enterprise for Travel and Career Development within Libong, he has ample experience with optimistic Thai tourists who find their way to the island in the hopes of seeing the famed creature. Most leave disappointed. The dugong’s shy temperament compounded with murky visibility makes them increasingly difficult to find, even from Point Dugongs, the island’s viewing platform accessed by an arduous climb up steep, treacherous limestone. On a quiet day, a lucky kayaker might hear a deep, sighing breath, and spot a snout poking up in the distance. By the time they paddled over, the creature will have long disappeared, leaving behind only ripples of water as evidence of its presence. 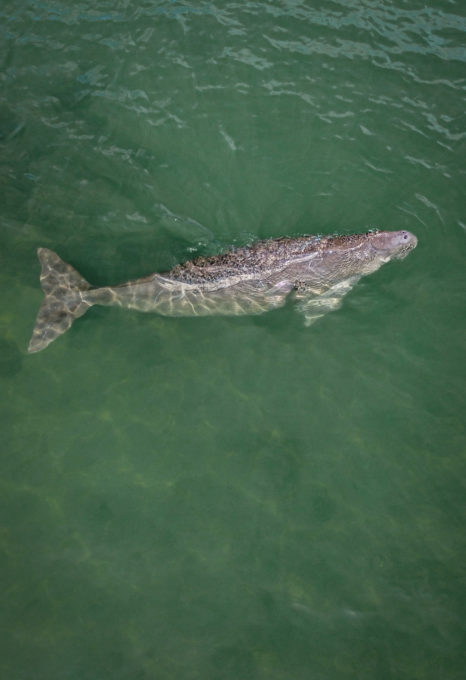 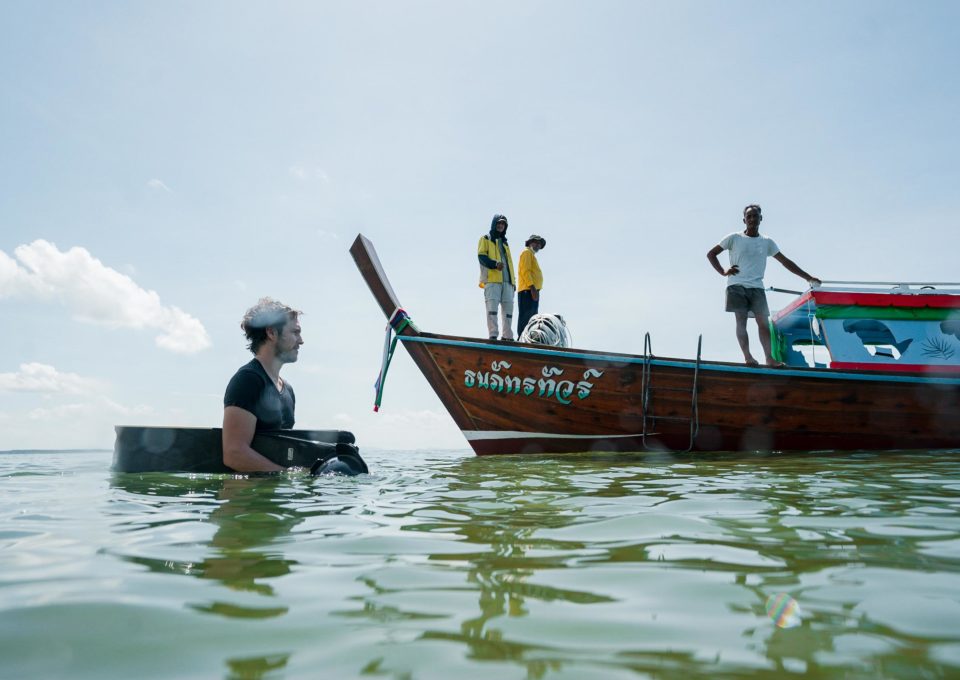 Within hours, we had located a group of dugongs grazing on seagrass.

We decided to attempt the impossible anyway. Accompanied by locals Davud Sarasit and Wiroth Benmood, a village elder known as Bang-Marn who has spent a lifetime studying the dugongs, we made our way out to sea. With each rare sighting, Bang-Marn had built a deep understanding for Libong’s population of sea-cows, knowing them so intimately well that each had a name, and was identifiable simply from a mere glimpse of its snout as it surfaced to breathe.

Their expertise proved invaluable. Within hours, we had located a group of dugongs grazing on seagrass. We sent up the drone. Visibility was on our side, and we could clearly see their gray shapes floating along. “If the water was clearer,” said Bang-Marn, “you’d see the paths they follow within the seagrass. Or if the seagrass wasn’t so sparse.”

The underwater meadows are in danger, and Ko Libong’s fishing community is working hard with seagrass nurseries, trying to replenish the food source which dugongs so greatly depend. Their work is primarily self-funded, with limited support from the government and outside world. “We know that if the seagrass dies, so do the fish. Then we die too,” Bang-Marn remarked. “Everything is connected.”

While unsuccessful in seeing the dugongs underwater, we did manage to capture footage of multiple grazing animals from the air, a feat within itself. Every time we slipped into the waters, the dugongs would immediately disappear—clearly still skittish from decades of being hunted.

According to reports, there are roughly 180 dugongs left in Thailand. As human activity encroaches on the natural world, their future teeters precariously between a delicate balance of over-tourism, development, and conservation. Will enough be done to see an increase in their populations? Or perhaps their mythic status will endure, and no one will ever succeed in photographing the Thai dugong underwater.

Within hours, we had located a group of dugongs grazing on seagrass.