It was a cold afternoon in late December.

The last golden rays of sun brushed the sea almost parallel to the surface, endowing the moment with a certain mysticism. On board our boat, a Shark Med volunteer and I were already close to the scientific station that we had installed when we spotted what we had been looking for. Almost in unison, we both yelled, “shark!” My heart began to beat frantically, excited at the idea of finally being able to swim with a blue shark in the Mediterranean, the sea in which I had been raised. Like most children born on my home island of Mallorca, I had learned to snorkel at an early age and had spent half my life underwater. However, I would never have imagined being able to swim with a shark on that same coast.

I then remembered the first time I dived with sharks, ten years before, on a remote island in the Pacific, thousands of kilometres from the Balearics. As part of my work as a professional photographer and cameraman, between 2009 and 2015 I was visiting various Pacific islands to film a series of documentaries about the work of Dr Eric Clua. I have been linked to him since childhood by a strong friendship that emerged from our common passion for the sea. Eric, a veterinarian and marine biologist, has spent the last 20 years studying sharks, becoming one of the most reputable experts in the world. For someone interested in these animals, the Pacific Ocean, where Eric spends much of the year working, is a paradise. Thanks to the didactic explanations of my friend, I was able to quickly overcome the irrational fear that most of us feel towards these animals, often caused by the unfounded bad reputation that the media has created for them. I spent many hours with Eric diving in the Pacific with large tiger and bull sharks. It was a beautiful experience. In our spare time we imagined how our beloved Mediterranean Sea must have been in the past, when its waters were rich and all kinds of species abounded, including sharks.

I was able to quickly overcome the irrational fear that most of us feel towards these animals. 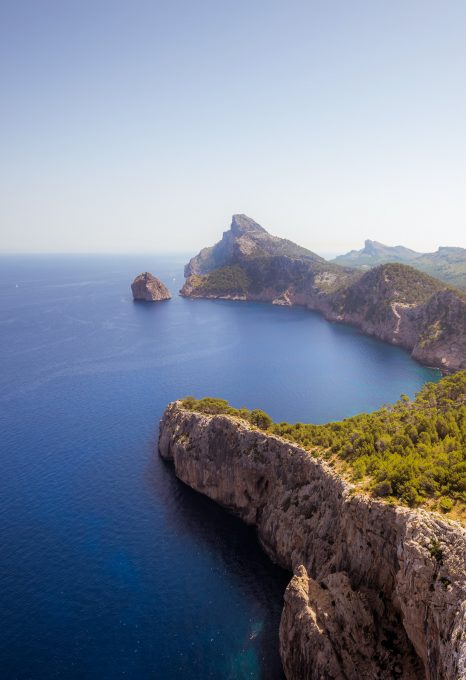 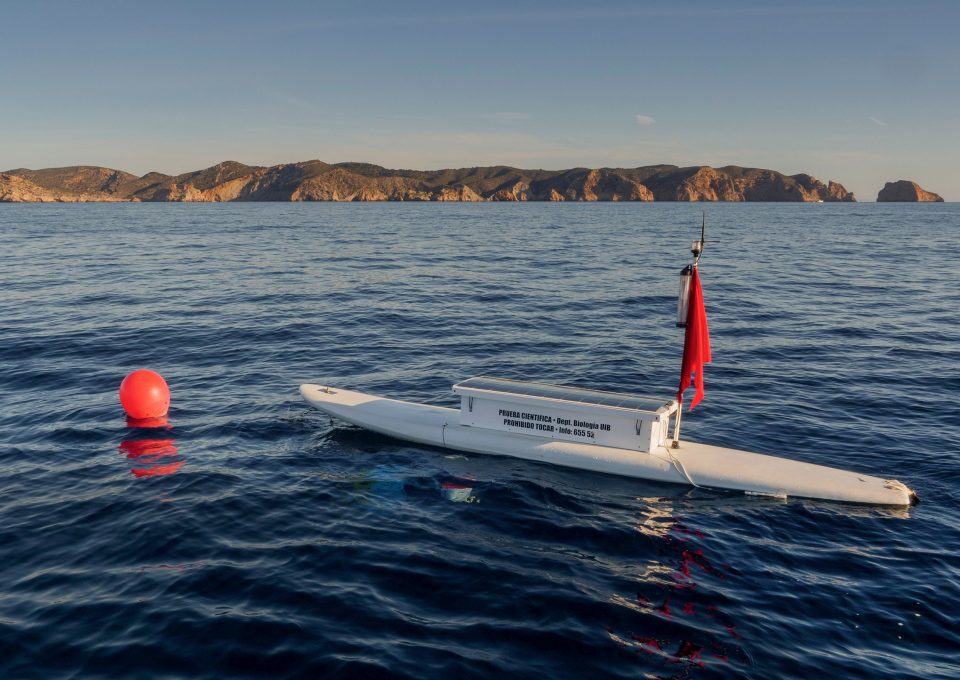 The Balearic archipelago, where Mallorca is the main island, has always been closely linked to the sea and fishing. In the not too distant past, species that now seem exotic, such as hammerhead or thresher sharks, were still common in its waters. Some of the largest white sharks in the world were accidentally caught here in tuna nets between the 1950s and 1970s. However, there are no more records of sightings of this species since 1977. Sharks have disappeared from our sea and from our culture. Now, the inhabitants of these islands only know sharks through horror films and documentaries shot in remote places. That is why, when sporadically a confused blue shark approaches one of its beaches, the press is filled with alarming and sensationalist stories.

Currently, sharks arouse great scientific and media interest around the world. Numerous studies and documentaries are made and thousands of divers swim with them every day. In the Mediterranean, however, data have been warning of their rapid disappearance for decades. Due to overfishing, some species have decreased by almost 99%. As a consequence of these low population densities, there are practically no studies and the few that exist come from fisheries, which implies significant information gaps.

Knowing about this data made Eric and I decide to stop dreaming about a better past and start looking for a solution before it was too late. This is how we decided, together with Dr. Ana María Abril from the University of the Balearic Islands, to create the Shark Med association. Our main objective is to work for the conservation of sharks in the Balearics through scientific study and social awareness.

We began applying in the Mediterranean the knowledge and techniques that Eric had learned in other parts of the world. In July 2017 we embarked for five days on a sailboat with the intention of filming and observing sharks. When we told one of Mallorca’s most veteran dive instructors about our project, he laughed: “Good luck! I have been diving here for more than 40 years and I have never seen a single shark!” The fishermen with whom we had spoken were also skeptical. Still, we were determined to give it a try. That first-time beginner’s luck smiled at us. In less than 12 hours we had managed to record a blue shark. Although we only saw it for a brief moment, this encounter made our first expedition a success. This encouraged us to continue working to achieve better results.

The following campaigns were quite disappointing – it took us almost a year to record the next sighting. At first we began with a methodology used in other places: baited remote underwater video systems (BRUVs), but we soon realised that here this technique was insufficient, since the few hours that the camera battery lasts is not enough to obtain results in a sea as sparsely populated as the Mediterranean.

In the not too distant past, species that now seem exotic, such as hammerhead or thresher sharks, were still common in its waters.

the shark immediately headed towards me, surrounded by an entourage of pilot fish.

We then began to experiment in order to multiply the observation time. The first step was to place a camera capable of recording uninterruptedly for 24 hours on a baited buoy. Then we added a light to continue recording at night. Finally, we connected it to a video transmitter to be able to see the image in real time from land. All the equipment, hung from a recycled surfboard, is powered by a solar panel and a battery installed on top. Thanks to the new system we have developed, we can now work for long periods of time – between five and ten days – thus increasing the chances of sighting.

In June 2018 we began to get hopeful images of blue sharks. These registries soon revealed unprecedented and alarming data: 50% of the specimens had hooks stuck in their mouths and dragged long lines, some with plastics, plants or nets entangled to them. Such a high rate of injured free animals is dramatic – in many cases, these hooks prevent them from eating and the lines they pull make it difficult for them to pursue their preys. Surely, all of them will end up dying after a short time. These hooks are the result of fishing, mostly with surface longlines destined for fish such as tuna or swordfish. Realising that the catch is not of interest, it is easier for fishermen to cut the line than having to bring the shark on board, remove the hook and release it again.

The situation is desperate. The top level in the food chain, the large apex predator, has almost disappeared from the Mediterranean. This can lead to an imbalance with disastrous consequences for the health of the whole ecosystem and its biodiversity. We have to do something.

I submerged myself in the cold waters of that winter sea. Upon seeing me, the shark immediately headed towards me, surrounded by an entourage of pilot fish that advanced alongside it in perfect synchronisation. Although after my extensive experience in the Pacific I knew that this rapid approach was his natural curiosity, I could not help feeling a strong adrenaline rush, due to its grandeur, elegance and beauty, as well as to the myth that accompanies it. When he was a few inches from me, he swerved to circle around me. He was about eight feet long. His movements were meandering, slow, smooth. After passing me, he went to smell the bait placed in the station and then came back to me and inspected me again, brushing my legs. He performed the same movements over and over again, in a hypnotic ritual in which at certain moments his eyes met directly with mine. That look was forever etched in my memory, yet the hook I saw in his mouth remains nailed to my heart.

the shark immediately headed towards me, surrounded by an entourage of pilot fish.