An EU-funded project seeking to sow new seagrass beds in the UK has undertaken its first large scale planting event. What is the process behind sowing an underwater meadow? Why are the restoration of these habitats so important?

Growing seagrass is a lot harder than you would think. Seagrasses are difficult to cultivate and the Ocean Conservation Trust has been trying to understand why they are so troublesome for the past seven years. We run the country’s largest Aquarium, so you would think we would be able to achieve the task of growing seagrass, but it has proved harder to achieve than first thought.

Many visitors to the British coastline would be forgiven for thinking everything that washes up on the strandline is some description of seaweed, but this is not always the case. At times, there are leaves mixed in with the algae and occasionally it is possible to find a dislodged seagrass plant. Seagrasses are land plants that have evolved to live back in the ocean. Our terrestrial plants evolved from the ocean which required large adaptions as they evolved to live in water and seagrasses evolved to live fully submerged back in salt water. Most people would consider them to be true plants with a root structure below the sand that hold them in place and allow them to absorb nutrients, similar to the plants in your back garden. They require sunlight and food, and they absorb carbon and admit oxygen. Seagrasses can form large dense meadows in sheltered shallow bays around the Britain. The irregular coastline and sheltered estuaries are a good place for these plants to thrive when left undisturbed. But that is the issue – they are disturbed and the areas where we find seagrass growing is getting smaller.

This would not be a big problem if seagrass beds did not provide our environment with so many benefits. In 1997, a ground-breaking paper led by Robert Costanza took the first attempt at monetising the value of different natural habitats worldwide and seagrasses turned out to be one of the most valuable, surprising a lot of people who don’t know much about them or even know they exist.

Disturbance and decline of this valuable and vital habitat is leading to a decline in the benefits the environment and society gain from them. The significance of seagrasses has been recognised for many years and conservation measures have been put in place to safeguard them. Marine Conservation Zone (MCZ) allocations are a good example of this, as where seagrasses exist they have become protected features of MCZ’s and monitored regularly to understand the health and extent. Unfortunately, within many of the protected areas seagrasses are still in decline and they need active restorative efforts. Currently, there are a small number of charitable organisations in Britain working for the protection and active restore seagrasses but there is an increasing interest in how we achieve large-scale restoration driven by nature-based solutions to climate change.

In attempts to reduce the human impact on climate change, there is a large focus on the reduction of carbon emissions through various technologies, for example renewable energy and more sustainable methods of travel with an overall aim to limit greenhouse gas emissions. The issue we hear less about is how do we manage excess carbon dioxide already admitted and contributing towards a change of climate. One of the answers is bio sequestration. Plants exchange gases in the opposite way to animals as animals use oxygen and expel carbon dioxide and plants use carbon dioxide and expel oxygen. In an effort to find nature-based solutions to climate change all vegetative habitats are being considered as combatants to the climate emergency. The plants around our coastlines store carbon in the sediments quicker than terrestrial habitats, it is not that the aboveground biomass is larger, it is the mechanism that organic carbon from outside of the habitat is buried within the sediments quicker than land habitats. This is where the statement that seagrass, beds saltmarshes and mangroves store carbon quicker than forests comes from. When carbon is stored within the sediments it is considered to have been removed from the carbon cycle and blue carbon is particularly efficient at doing this when compared to terrestrial habitats. Coupled with the benefit that these blue carbon habitats cannot catch on fire and the lack of air for decomposition, there is a big interest in using blue carbon habitats for bio-sequestration of excess carbon dioxide in the atmosphere. 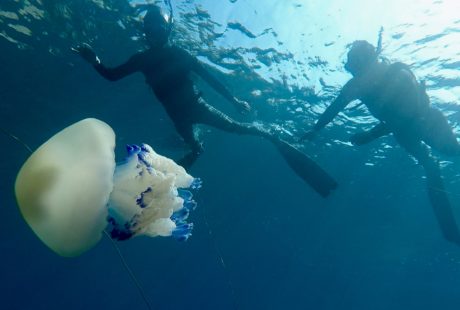 Gentle giants of the sea 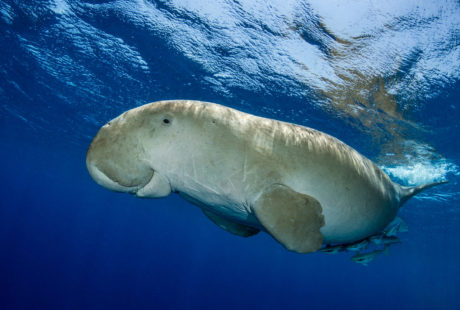 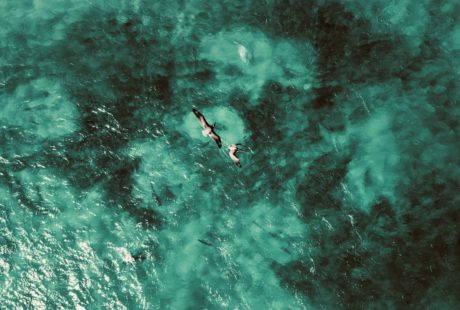 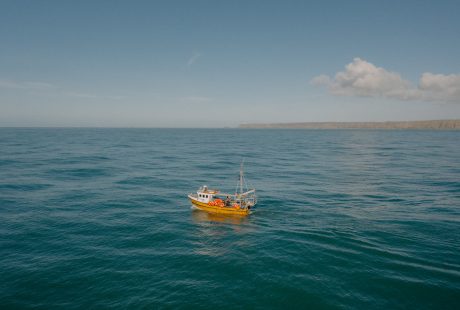 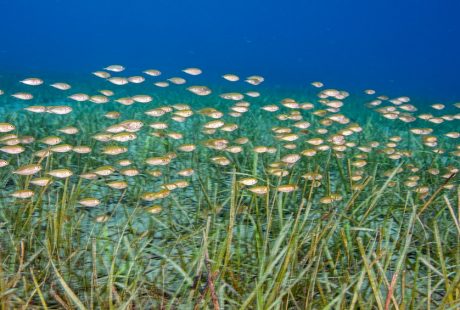 Many visitors to the British coastline would be forgiven for thinking everything that washes up on the strandline is some description of seaweed, but this is not always the case.