Conservation scientists have unlocked the mysteries of how shark and ray species move up and down the ocean water column, in efforts to better understand them and secure their future.

While we start to understand some of the migration patterns of certain shark species and have begun to pinpoint some of their meeting spots, the mysterious lives of sharks and rays in the deeper ocean columns has not been extensively studied – until now. From some of the most mysterious deep-diving species, to those that spend more time in shallower water, a new study, led by ZSL’s Institute of Zoology and Hopkins Marine Station at Stanford University, is the first ever global analysis of shark diving behaviour. A collaborative research team shows how the elasmobranch community which includes sharks, skates and rays use the vertical dimension of the ocean.

Using data from 989 biotelemetry tags – tags which allow remote measurements of behavioural activity – the global team of 171 researchers from 135 institutions analysed 38 species of elasmobranchs from the North Pacific to the Indian Ocean, and the Arctic to the Caribbean. The researchers hope that this new information on shark diving behaviour will help improve the knowledge about sharks’ ecological roles and foster conservation management plans that were previously hindered by lack of data for certain species.

“Knowing just how deep some species dive (or don’t dive), will help us to inform much needed conservation plans for these species and their relatives   – for example, more widespread use of bycatch avoidance strategies. It will also help us understand how these animals are likely to respond to the predicted climate induced changes to our oceans,” explains Dr David Curnick, research fellow at the ZSL Institute of Zoology and co-lead author of the paper. 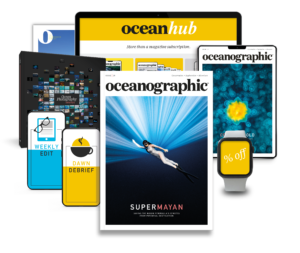 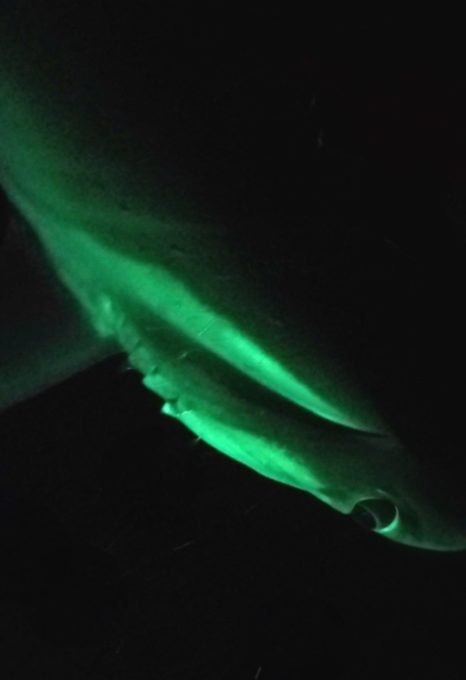 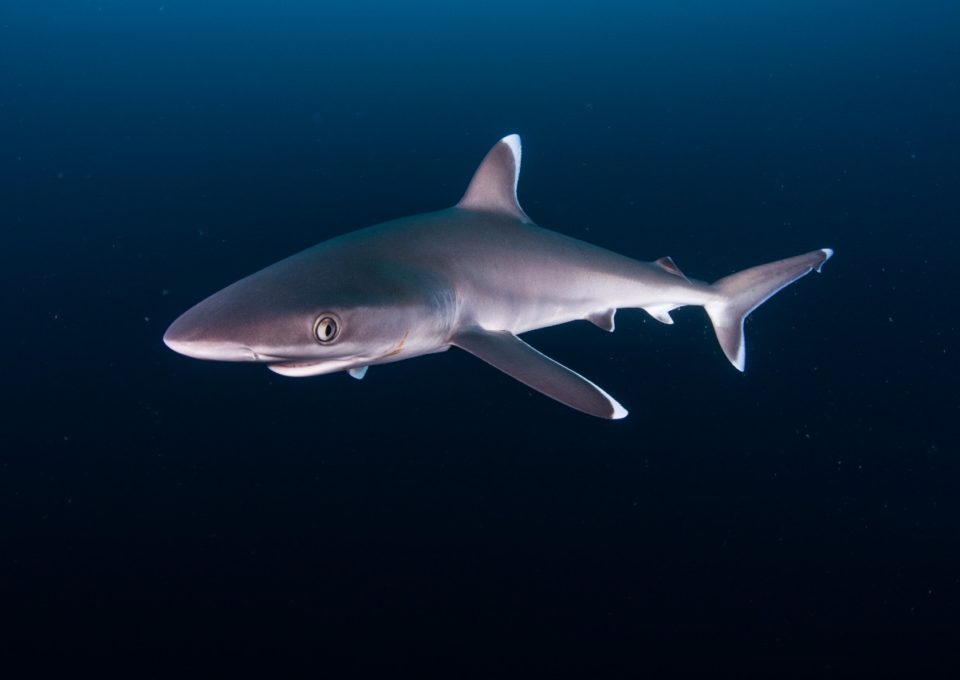 The data on shark diving behaviour also revealed how some species vary their depth in different parts of the world. It showed how this changes between night and daytime periods as the predators move up and down in the water to hunt their prey and, in some cases, avoid being hunted themselves. Although the reasons why species usually known to frequent shallower waters were recorded diving into deep, dark waters is not confirmed, the study suggests it is likely a combination of seeking food sources, body temperature regulation, reproduction, and predator avoidance.

The team found that although many species can and will undertake deep dives, 26 of 38 species including the oceanic whitetip shark, tiger shark, scalloped hammerhead, and silky shark spent more than 95% of their time in the top 250m of the water column, depths where they are most likely to interact with fishing gears.

Dr Curnick says: “The way that large marine animals use the horizontal space in our ocean has been well studied. However, until now, comparative studies in the vertical planes have been limited, despite the ocean being an average 3.5km deep and elasmobranchs occupying all levels within this dynamic environment.

“Investigating how elasmobranchs use the vertical dimensions of their habitat is key in understanding the way they live, but also how anthropogenic stressors are impacting them. This helps us to find ways to better protect them through more informed monitoring strategies for example. By looking at a wide range of elasmobranch species in this study, we demonstrate how they face overlapping risks, such as targeted fisheries and getting caught in nets, also known as ‘bycatch’.”

Investigating how elasmobranchs use the vertical dimensions of their habitat is key in understanding the way they live. 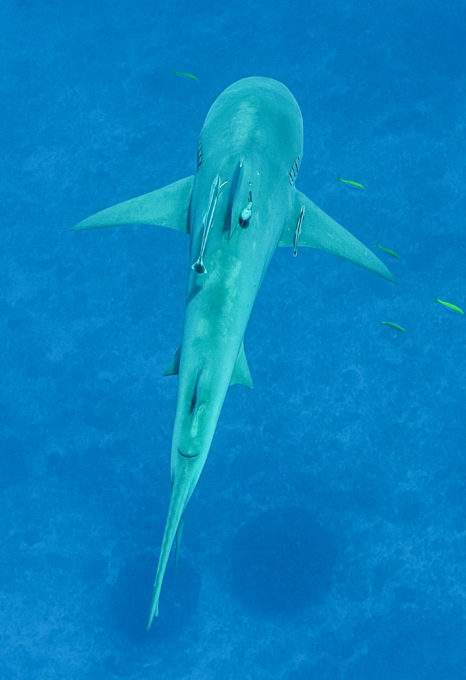 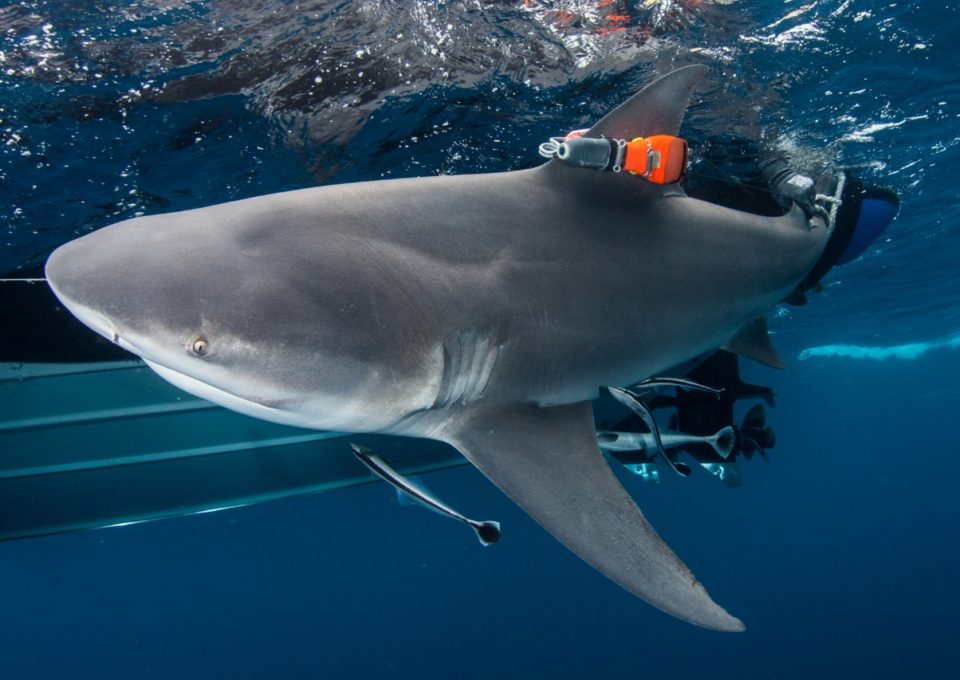 More than one third of all sharks and rays are threatened with extinction, according to the IUCN Red List of Threatened Species. Having a three-dimensional map of how elasmobranchs use the ocean is vital in understanding the roles they play in wider ecosystems and to determine their individual exposure to threats.

“This massive dataset provides new insights into the vertical movement patterns of sharks and rays on a global scale for the first time. This is an important step for both understanding which sharks and rays are most likely to face threats, but also to consider how changing temperature and oxygen levels may influence their vertical distributions,” comments Stanford Postdoctoral Research Fellow and co-lead author of the paper, Dr Samantha Andrzejaczek.

As the world warms due to climate change, it is predicted that the structure of the ocean is also going to change. With many areas suffering oxygen depletion and shifts in ocean chemistry, many species have already been driven into unfamiliar territory and habitats. However, a better understanding of their fundamental ecology can inform predictions on how reduced oxygen availability at certain depths could limit shark, ray and skate vertical movements and help to predict the wider implications of climate change.

More than one third of all sharks and rays are threatened with extinction. 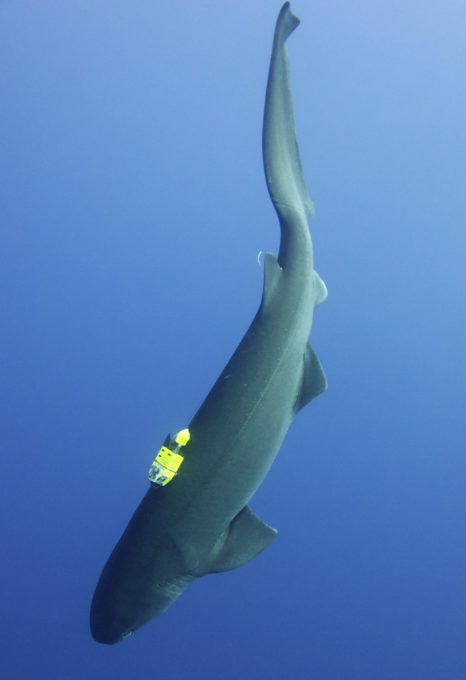 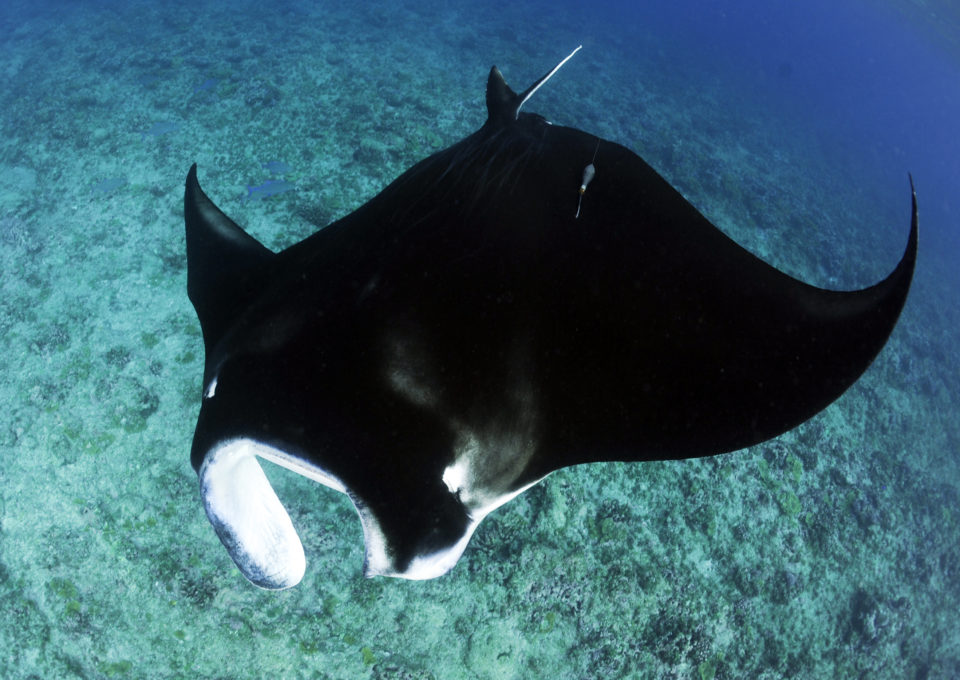 “I’ve seen for myself the terrible threats that shark populations face around the world and how they have been decimated in recent decades.  I hope that this incredible research will help scientists, conservationists and fisheries managers better protect these astonishing – and hugely important – species in the future so that they can retain their rightful place in the ocean,” concludes Ernesto Bertarelli of the Bertarelli Foundation.