On the east coast of Australia, within the Great Barrier Reef, lives the world’s only ‘walking’ shark. The species might provide important answers on how sharks deal with climate change.

Sharks are one of the most threatened groups of vertebrates on the planet. Overexploitation from fisheries, in combination with their slow growth and reproductive strategies put many of these species at risk. Declines in shark populations may already be further compounded by climate change, which will continue into the future. We expect major increases in water temperature and ocean acidity and decreases in dissolved oxygen over the next century, which may challenge the survival of sharks. To date, the effects of climate change on sharks have only been studied on a handful of the more than 1,200 species of sharks and their relatives. However, one species that has been the centre of much of this research, is the epaulette shark.

Epaulette sharks are a small bottom-dwelling species only found within the Great Barrier Reef on the east coast of Australia. Aptly nicknamed the walking shark, this species uses modified pectoral fins to voluntarily walk out of the water. During low tides, particularly at night, epaulette sharks ‘walk’ between isolated tidal pools, where they hunt for prey like small crustaceans and worms. They are able to walk because their pectoral fins are slightly modified when compared to other sharks or other fishes. Epaulette sharks also possess a unique physiology that allows them to live in low oxygen environments – such as those that might be associated with isolated tidal pools – for long periods of time. This important trait was only discovered in epaulette sharks during the late 1990s. The species can live in near zero oxygen levels for around four hours, a time period that rivals even the most tolerant vertebrate species. Even the human holding the world record for breath holding can only do so for just over 11 minutes. Although this unique trait was initially investigated to help understand human health issues such as interrupted blood flow and oxygen supply better, this special trait has also made the epaulette shark the focus of research related to climate change adaptations.

How and why is this species able to survive such seemingly inconceivable conditions? And how might this trait help epaulette sharks and other closely related sharks survive and thrive in such rapidly changing oceans?

Beyond their unique physiology, epaulette sharks are one of approximately 400 species of sharks and skates that reproduce by laying eggs. These eggs, often called mermaid’s purses, consist of a tough, fibrous capsule that encloses the embryo and attached yolk. Female epaulette sharks lay eggs in pairs every few weeks during their reproductive season; however, once eggs are laid on the reef, the developing embryos receive no maternal care and have very little protection beyond the egg case during the four months until hatching. The early developmental stages of any species represent a very vulnerable time. Embryos may not have fully formed organs and physiological systems to cope with extreme changes in their environment. To make matters worse, unlike adults, embryos developing in eggs cannot relocate to better conditions if they need to. Therefore, they must endure whatever conditions their location faces. Indeed, early life stages of sharks that develop in eggs, may be some of the most vulnerable to shifting ocean conditions from climate change.

The species can live in near zero oxygen levels for around four hours, a time period that rivals even the most tolerant vertebrate species. 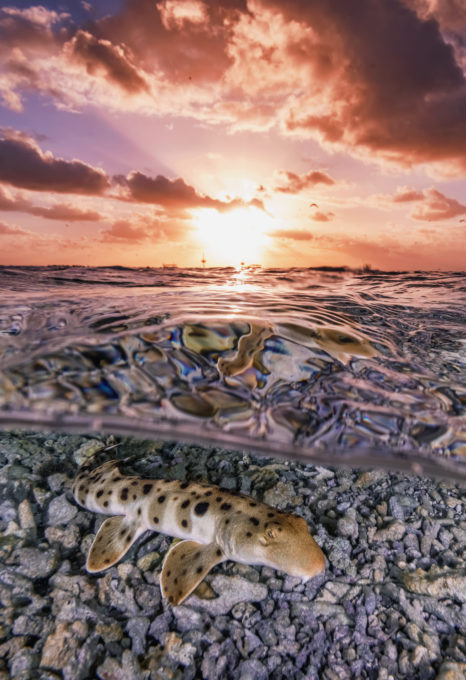 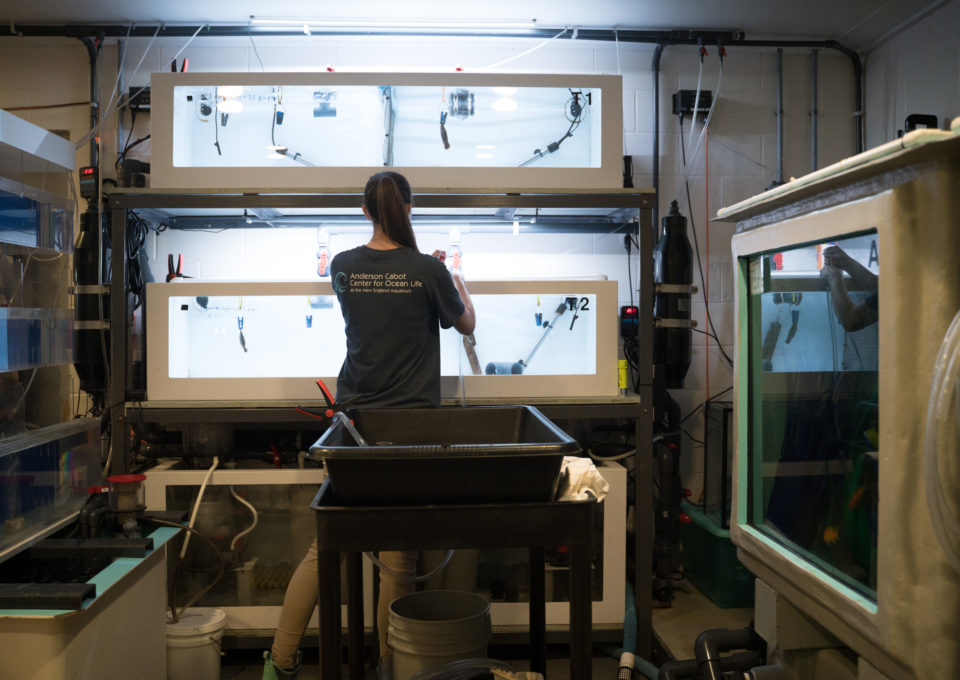