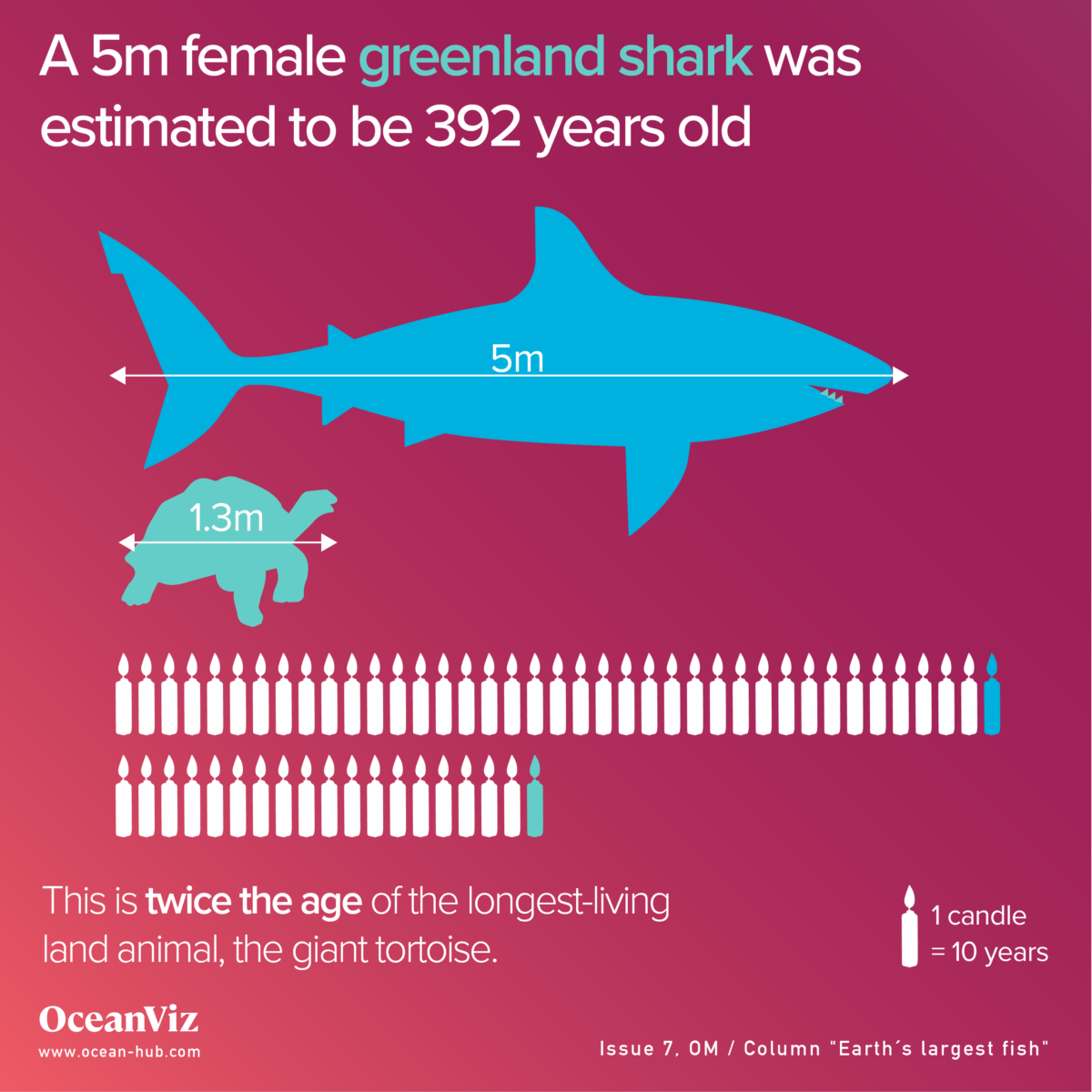 Whale sharks grow very slowly. Two whale sharks, Stumpy and Zorro, have been returning to Ningaloo Reef in Australia for more than 20 years. A research paper describing their sighting history notes "their growth has been negligible over the past two decades." That’s not entirely unexpected. Most large shark species are long-lived and slow-growing. Greenland sharks, living in the cool Arctic, grow less than one centimetre per year and can be more than 6m at full size. A 5m female was estimated to be 392 years old. Female white sharks only become adults at about 33 years and are estimated to live to at least 73. Even small spiny dogfish are thought to live for at least 80 years. Large whale sharks are estimated to live for about 130 years.
Share
See the source