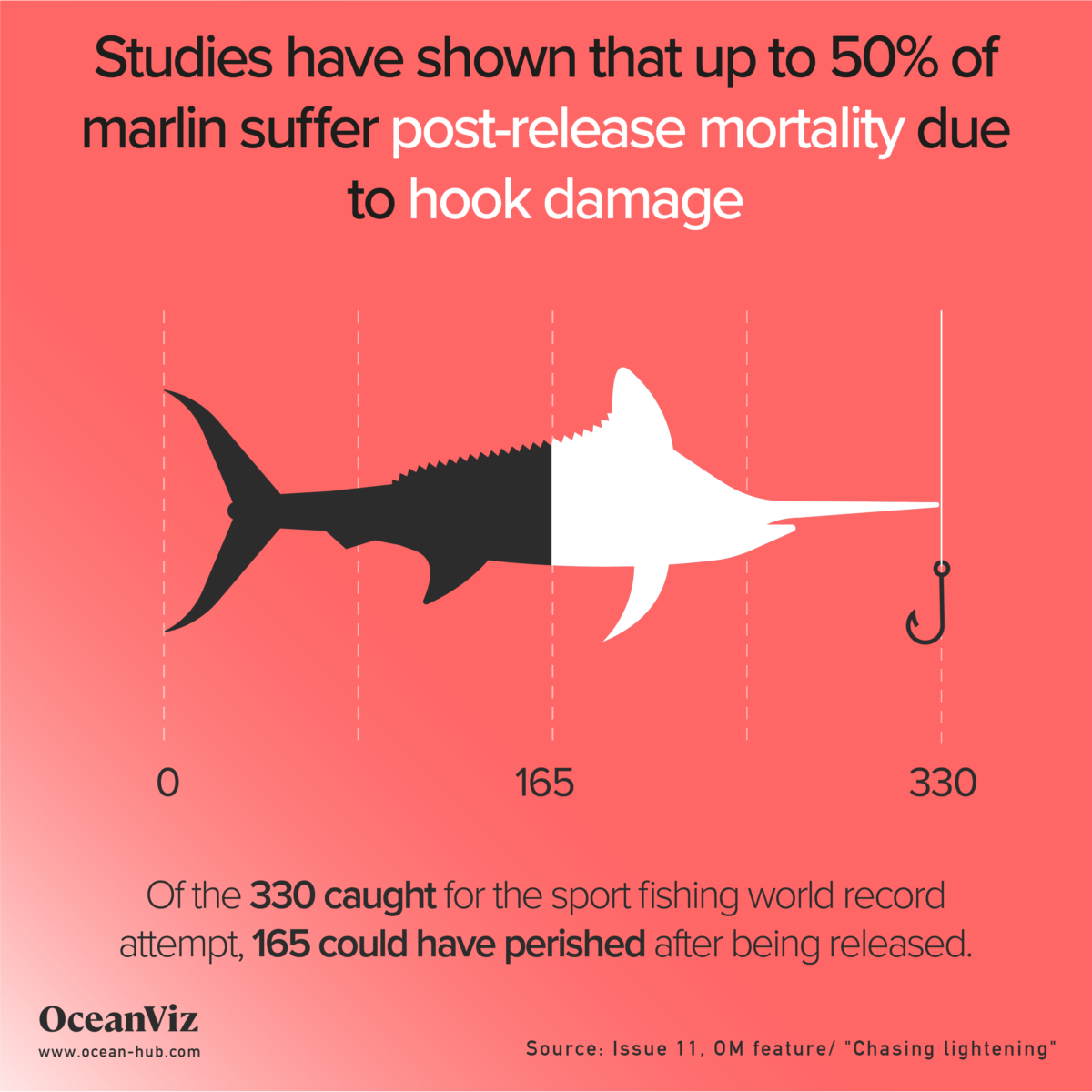 Additionally, research carried out by Dr Rogelio Gonzalez Armas of Mexico’s CICIMAR (Centro Interdisciplinario de Ciencias Marinas) has confirmed the existence of a spawning area for striped marlin in the Eastern Pacific around the southern Baja California Peninsula, making it the only known spawning area in the entire Eastern Pacific for the species. It is the same area that is targeted by commercial and artisanal fishing as well as sportfishing tournaments. While a high proportion of striped marlin caught in recreational fisheries in the area are released, studies have shown that up to 50% of marlin suffer post-release mortality due to hook damage, stress or increased susceptibility to predation. If we take this into consideration, then of the 330 caught for the world record attempt, 165 could have perished after being released.
Share
See the source