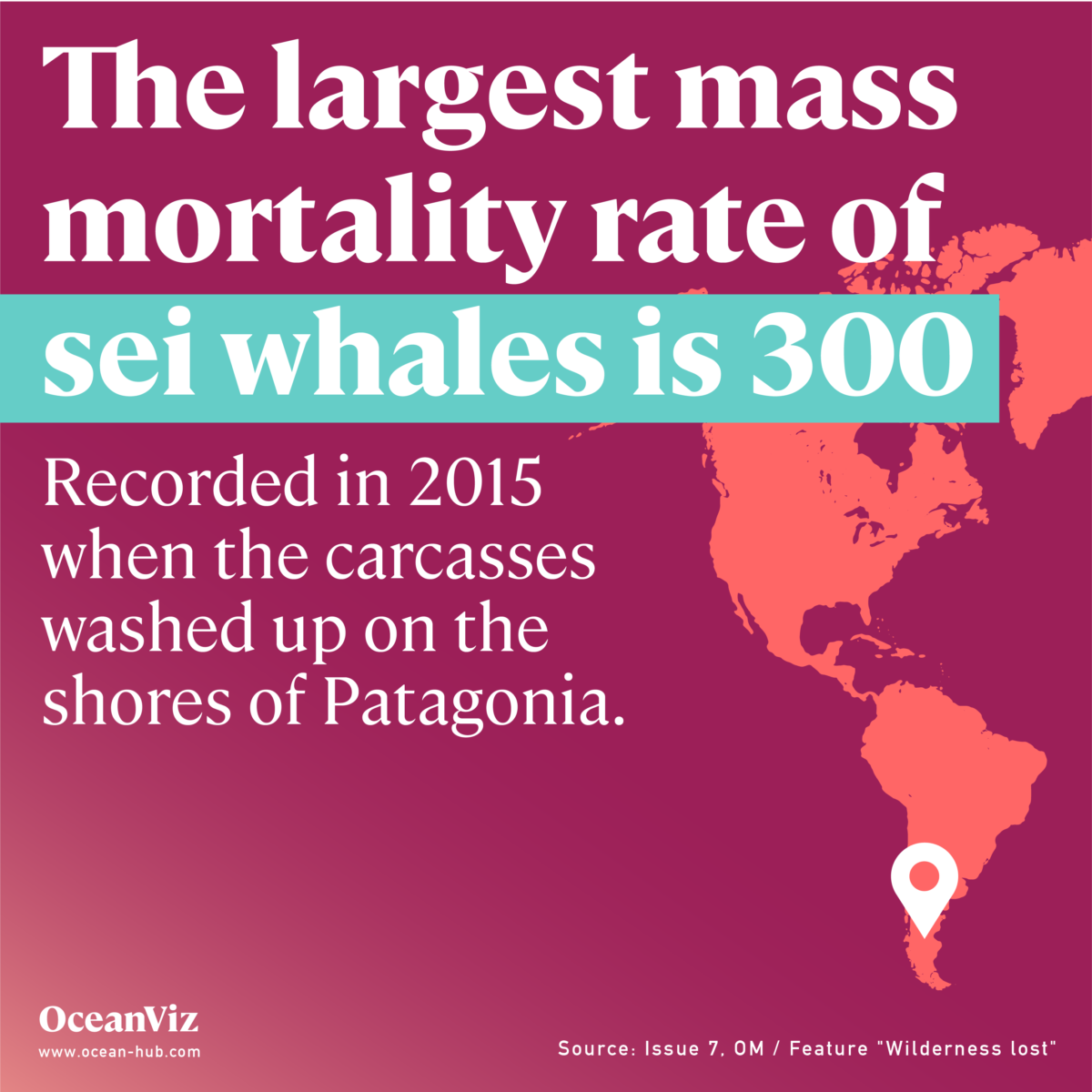 In April 2015, scientists aboard research vessel Saoirse came across a sinister discovery; carcass after carcass of dead whales washed up on the shores of Patagonia’s south-western fjords. The team recorded 300 dead sei whales, confirmed as the largest mass mortality of the species in history. Further north, a year later, the Chilean salmon farming industry was in a state of panic as its stock plummeted by the ton. More than US$800 million worth of salmon suffocated and died within a fortnight. The third largest producer of salmon in the world lost 12% of its fish. It was a sobering time for Chile’s marine environment. Scientists blamed rising ocean temperatures and harmful algal blooms. A hot year with weak winds had reduced ocean circulation and led to increased volumes of nutrient-rich water reaching surface waters where the algae flourished. As the algae died, its decomposition consumed the oxygen, suffocating marine life. The algae was also blamed for poisoning the whales. Had they really been poisoned by toxic algae, working its way up the food chain?
Share
See the source