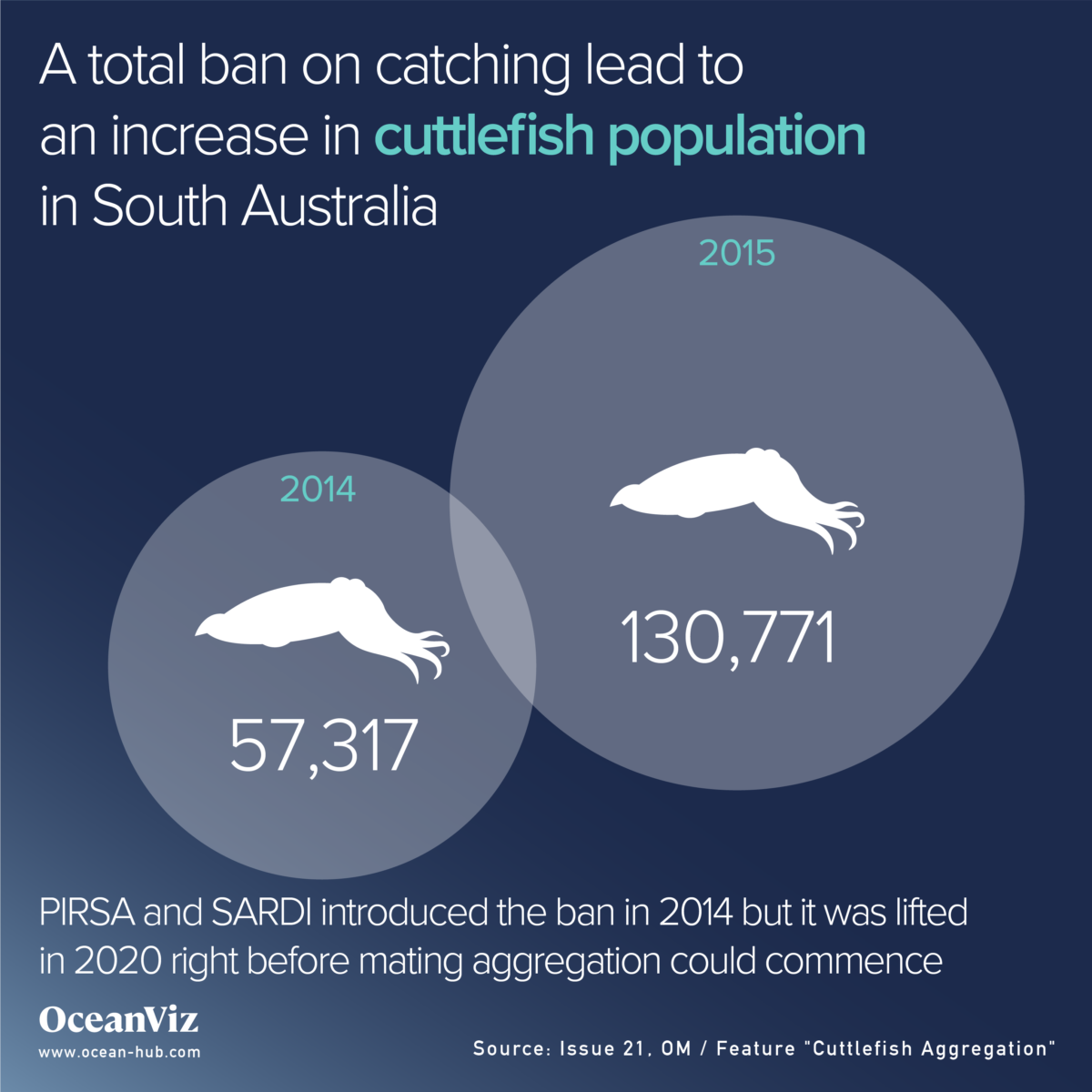 The year saw a devastating crash in the population which prompted the government body PIRSA (Department of Primary Industries and Regions South Australia) in consultation with SARDI (South Australian Research Development Institute) to introduce a total ban on catching cuttlefish in the upper Spencer Gulf for 5 years. It wasn’t long before the population numbers started to increase. The SARDI surveys of 2014 recorded a population of 57,317 and 130,771 in 2015 - an indication that the ban was working. After 5 years, the population saw a substantial recovery but unfortunately, the Government body PIRSA and former Minister Tim Whetstone lifted the fishing ban in 2020 right before the mating aggregation could commence. The impact of this action is yet to be measured but a year on, and the cuttlefish season is once again in the spotlight.
Share
See the source