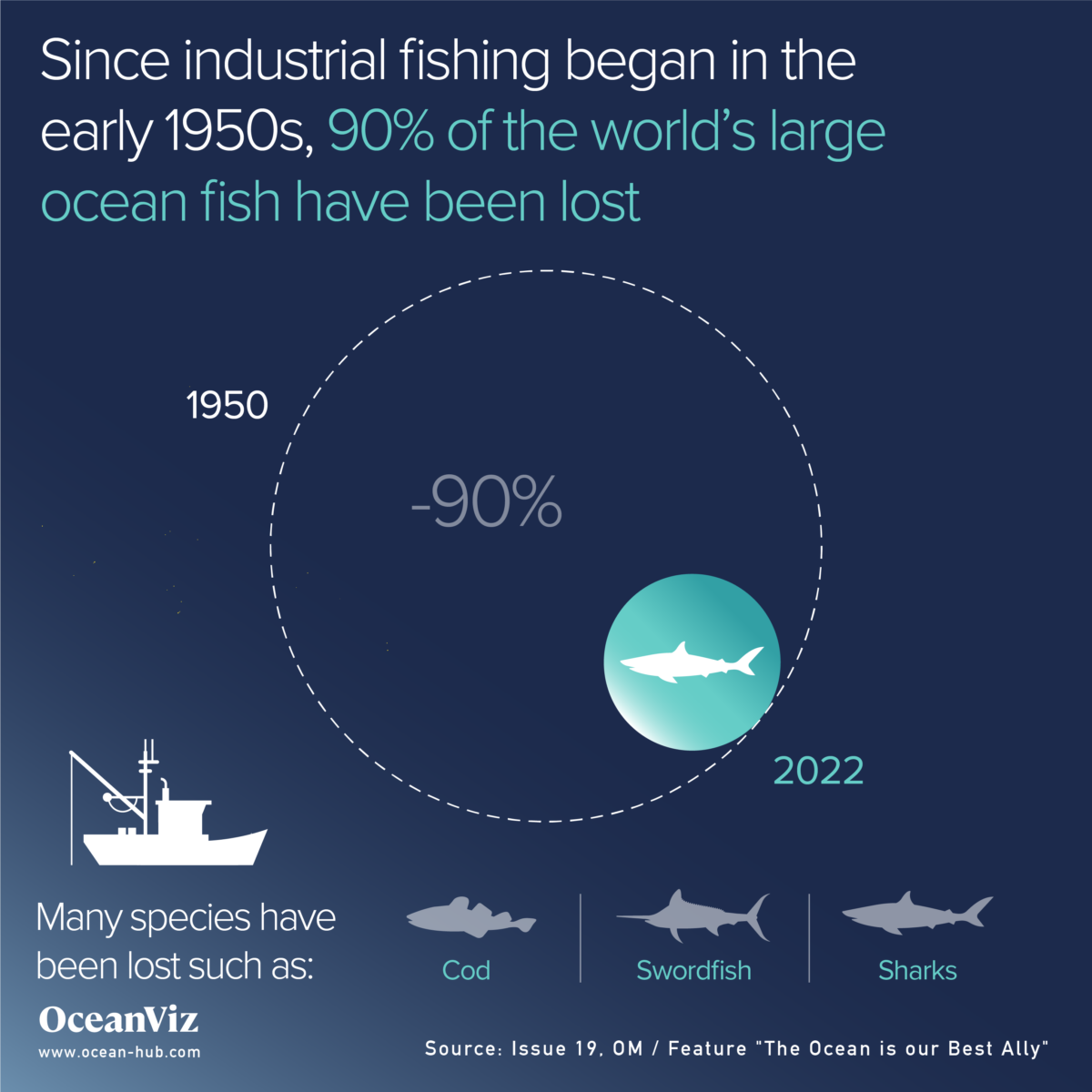 Since industrial fishing began in the early 1950s, 90% of the world’s large ocean fish - such as sharks, cod and swordfish - have been lost. Unsustainable fishing around the world has meant that nearly 90% of the world’s fisheries are either fully- or over-exploited and illegal, unreported or unregulated fishing represents up to a staggering one third of the world’s reported catch.
Share
See the source