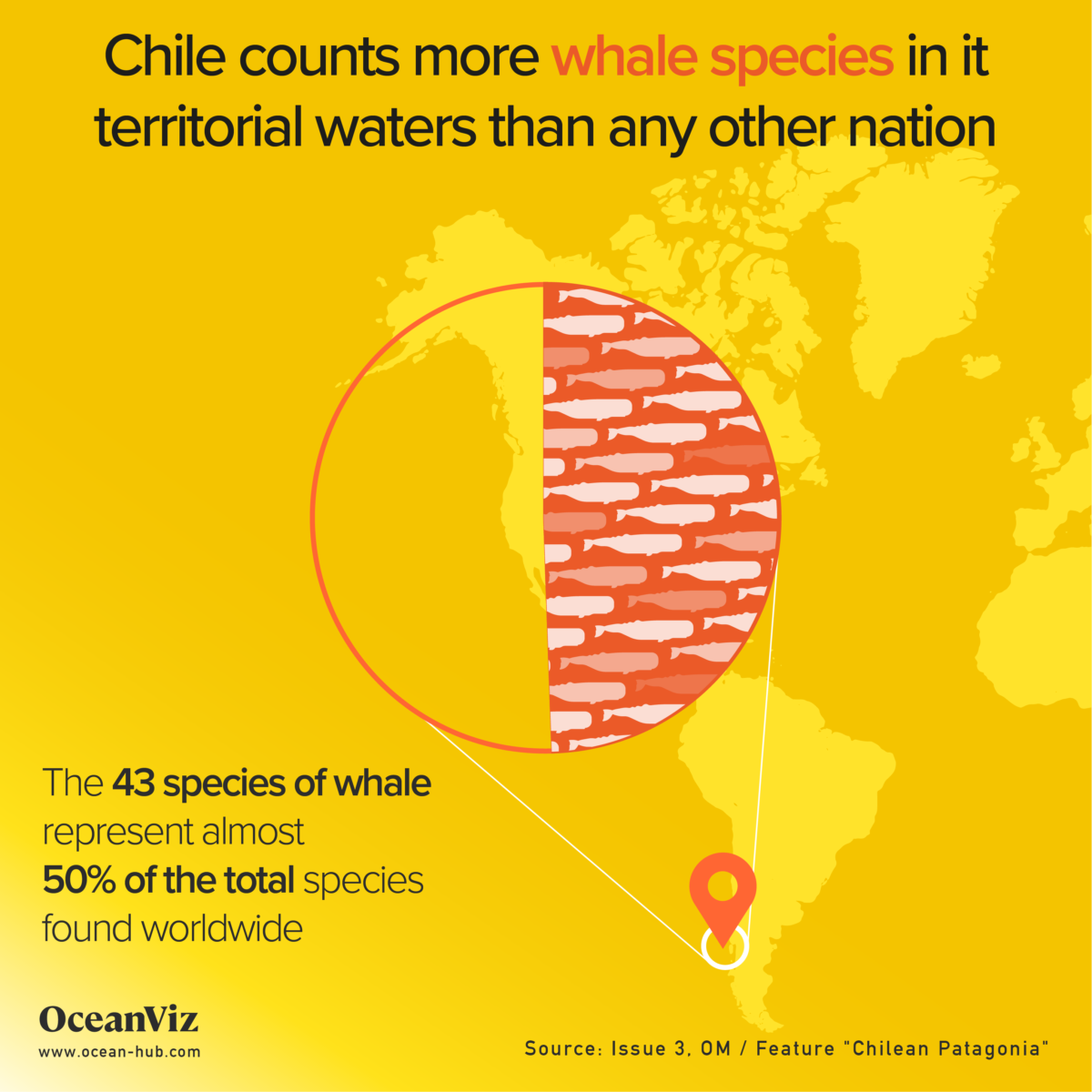 Although Rapoport’s Rule states that species diversity is supposed to decline towards the poles, species numbers in Patagonia’s fjords and channels are at least four times higher than along comparable sections of the coast north of the region. With reason the Chilean Patagonian sea was recently named a biodiversity hotspot and declared a ‘Hope Spot’ by the Mission Blue Foundation, an initiative created by legendary oceanographer, Sylvia Earle. Patagonia is home to numerous species of marine birds and mammals, many of which are endangered, and no other nation counts more whale species in its territorial waters than Chile.
Share
See the source