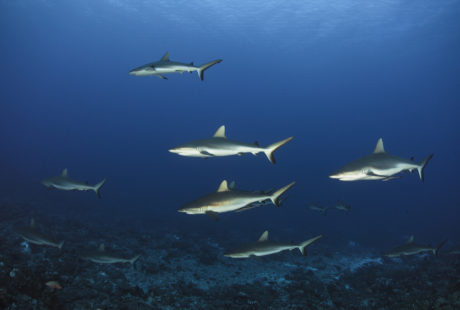 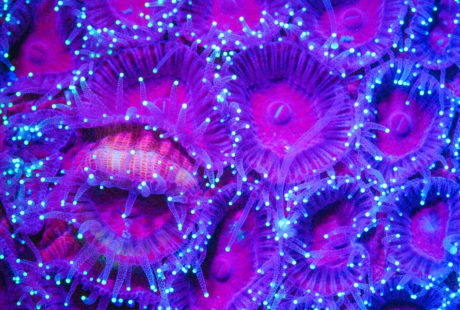 People have killed more than half of the world’s whale sharks since the 1980s. Their continued survival is by no means assured. In the absence of management, tourism is yet another burden for the sharks.

Swimming with whale sharks is a once-in-a-lifetime, bucket list desire for many people. I encourage them to make better life choices, so they can schedule regular time with these gigantic sharks, but I’ll admit to some personal bias.

Whale sharks are massive, but placid. They’re a lot of fun to swim and dive with. The sharks are easy to find in certain places. Tourism operators have taken advantage of that situation.

Of course, the sharks aren’t there to play with humans. They have their own business to attend to. Whale sharks are also a globally endangered species. That tension, between tourism demand and the species’ conservation needs, often leads to conflict.

With that background, should people swim with whale sharks?

I’m in a good position to offer an opinion. I’ve been a whale shark researcher since 2005. I’ve studied them all over the world. I’ve delivered on-the-ground training on best-practice whale shark tourism in several countries. I also led the latest global conservation assessment for the species.

And I have this column. So here we are.

Tourism is great. It has introduced millions of people to these gentle giants. That has created innumerable advocates for marine conservation. Whale shark tourism is a US$100 million industry. The majority of that money gets spent in the developing world.

These economic benefits are often cited by governments to justify marine protection. All good news.

It’s our responsibility to ensure that the whale sharks can enjoy the positives of tourism as well. The species didn’t become endangered because of its own actions. People have killed more than half of the world’s whale sharks since the 1980s. Their continued survival is by no means assured. In the absence of management, tourism is yet another burden for the sharks.

Best-practice whale shark tourism should have minimal impact on the sharks. How is that achieved?

Well, the sharks need to be protected. Their habitat and food source too. Guides provide accurate and interesting information to guests, along with effective supervision. Regulation and licensing is in place to prevent crowding. The local economy benefits from tourist income and job creation. The industry supports whale shark research and conservation in a tangible way. Shark numbers are monitored to detect changes in abundance, and management is tweaked as needed. Ideally, shark numbers should be consistently increasing.

Such unicorns do exist. Other sites are approaching that standard.

Without further ado, these are the best options for awe-inspiring and guilt-free whale shark encounters:

January / February: St Helena Island, in the mid-Atlantic, is a new area for whale shark tourism. It’s one of the rare sites where large adult sharks occur. Tourism is being developed to international best-practice standard, and it’s a unique destination.

Tofo Beach in Mozambique is also great early in the year. Splash through the surf in an inflatable boat and watch for the sharks swimming along the dune-lined coast.

March / April: It’s all about the Philippines. Avoid Oslob, where they feed the sharks, until they improve interpretation and management. Southern Leyte is a better alternative for a natural snorkelling experience.

Tubbataha Reefs Natural Park, off Palawan, is one of the world’s best dive destinations. It’s a fantastic place to see whale sharks on a spectacular coral reef. It’s also among the best-managed marine protected areas anywhere.

May / June: Ningaloo Reef in Western Australia sets the global standard for whale shark tourism. Exmouth, one of the world’s best ecotourism destinations, obsesses over whale sharks. My people.

July / August: Head to the ocean north of Isla Mujeres, Mexico, for a tuna spawning extravaganza. Hundreds of whale sharks join the feast. It does get crowded here, but management is getting better.

September / October: Experienced divers can see the world’s largest whale sharks in the Galapagos Islands. Most of the sharks are pregnant females. The sharks swim past Darwin Arch, in the far north of the archipelago, during their migration through the Eastern Pacific.

November / December: Mafia Island in Tanzania and Nosy Be in Madagascar were both up and coming ecotourism destinations. They have arrived.

The sharks move close to shore at Mafia to gorge on trillions of shrimp. The tourism is all locally-run, and the encounters are wonderfully diverse. The sharks might be cruising across a shallow sandbank, playing slalom with the starfish. They may be lunge-feeding in the depths, with shrimp fleeing in front of them. Life is a gigantic box of shark-shaped chocolates.

In Nosy Be, the sharks follow tuna schools around as both hunt tiny baitfish in the vivid blue water. You might also get lucky and see the rare Omura’s whale, which feeds on krill in the same area, along with giant manta rays.

Tourism and conservation can coexist. These places prove it. They’re not all perfect, and some are a bit out of the way, but your holiday will help to protect these huge, iconic, friendly sharks.

Thank you. Have fun.

People have killed more than half of the world’s whale sharks since the 1980s. Their continued survival is by no means assured. In the absence of management, tourism is yet another burden for the sharks.

This column appears in ISSUE 3: Changing winds of Oceanographic Magazine