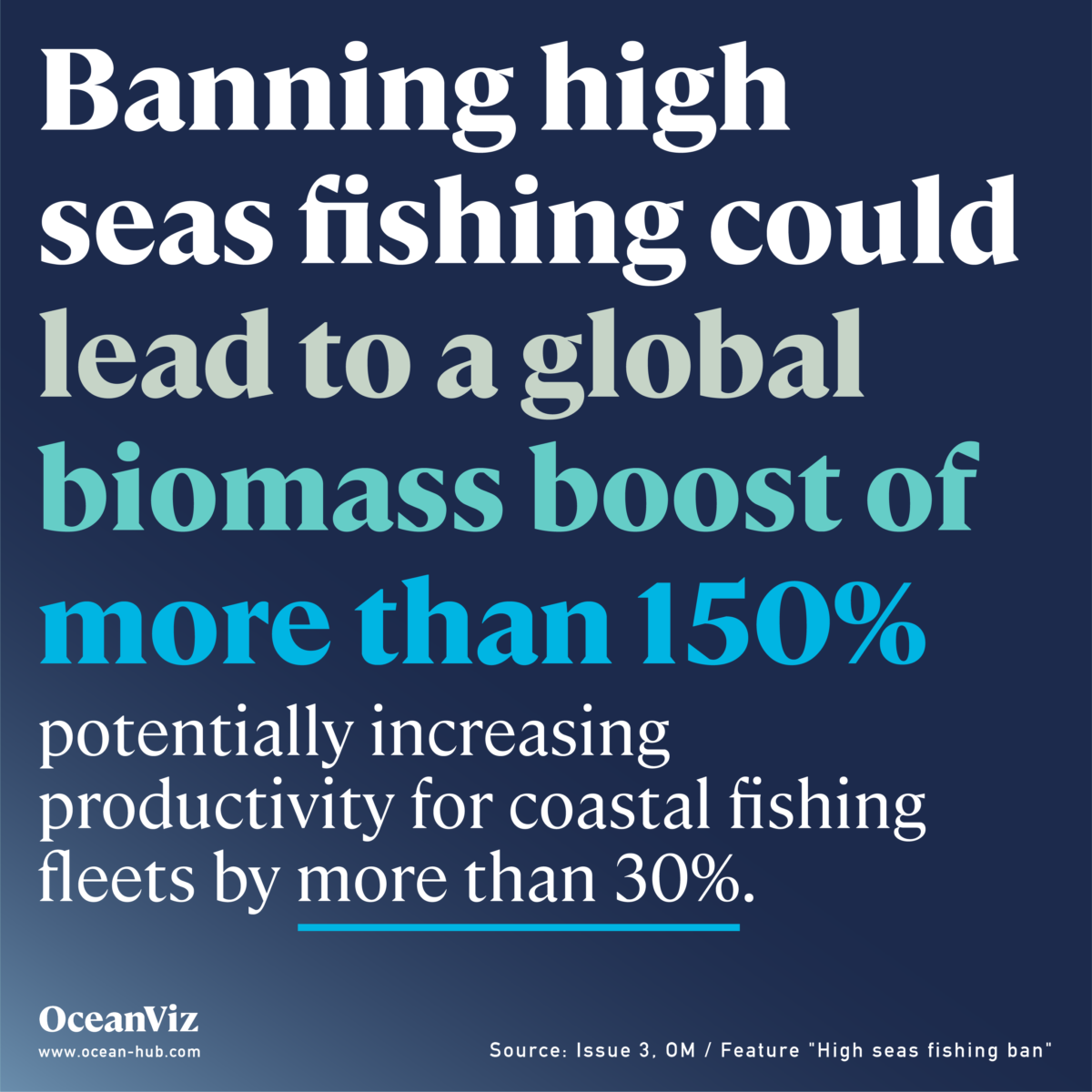 Scientists argue that a high seas fishing ban would protect far roaming species like tunas and billfish and cut back on destructive deep-water trawling, which generates enormous volumes of discarded bycatch while destroying ancient deep-water corals. They have made calculations on how a ban would affect biodiversity, and they generally agree it would lead to a net increase in the total abundance of fish in the sea. Although relatively few fish, overall, are caught in international waters, scientists and advocates say protecting those fish would, over time, generate a high seas fish surplus that would benefit coastal fisheries. In 2014, in White and Costello’s seminal paper, the authors calculated that banning high seas fishing could lead to a global biomass boost of more than 150%. This would create a spill-over effect, they found, that would increase productivity for coastal fishing fleets by more than 30%. Able to catch more fish with less distance travelled, the authors found, fishermen could double their profit margins. Other research has found that marine reserves are capable of producing six-fold increases in biomass in just a decade.
Share
See the source