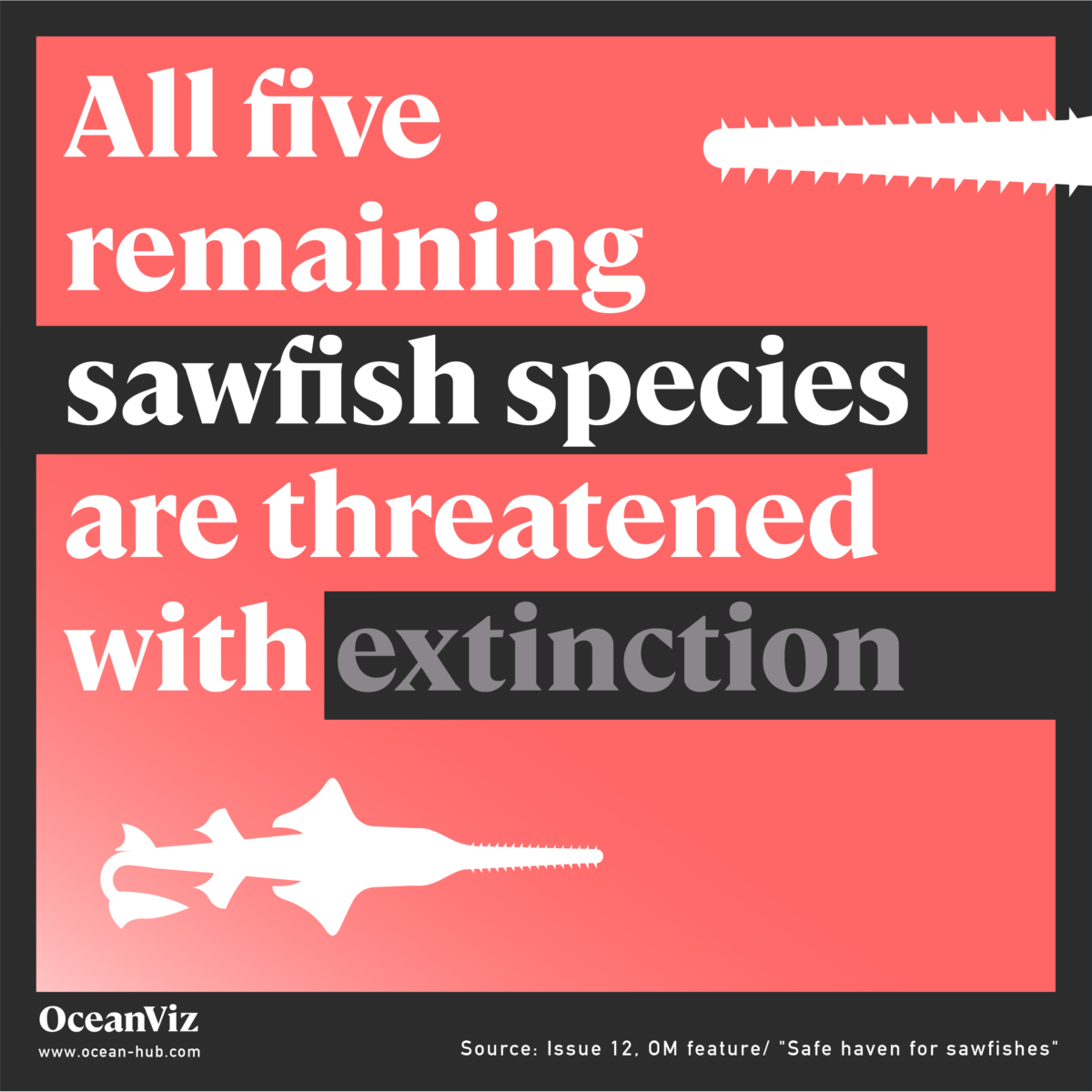 Sawfishes, a small group of large batoids that occur in tropical and subtropical coastal waters, are members of the family Pristidae and are unique in that they are the only living batoids that possess a toothed rostrum. Only five living species of sawfishes occur in the world, and all five are threatened with extinction. The largetooth and smalltooth sawfishes are endemic to the Atlantic Ocean, but only the smalltooth is currently found in US waters. At the turn of the last century the species was common along the Atlantic coast. However, through a combination of habitat loss and mortality associated with both direct and incidental capture by fishing, the population has been reduced by as much as 95% over the past century.
Share
See the source