What do a whale sharks, robots and plastic pollution have in common?

A new plastic gobbling invention is taking a ‘bite’ out of marine pollution and making a difference in the global fight to clean oceans and waterways. Inspired by nature and created to preserve nature, the WasteShark’s design and purpose was modeled after the slow-moving, filter-feeding whale shark, one of nature’s most efficient reapers of marine biomass.

The WasteShark is an invention of Richard Hardiman, CEO of RanMarine Technology, a drone technology company based in the Netherlands. As Mr. Hardiman puts it, he invented a machine. In doing so, as his young son quite profoundly said, he created a life for his family out of his head. Mr. Hardiman took an idea that popped out of thin air into his self-described noisy mind, stepped away from his extreme dedication to procrastination, and just did it. He took action; he executed on the idea. You see, many people have great ideas, but what separates a successful idea from a passing brilliant thought that never goes anywhere is the execution.

The product expected to help eliminate plastic pollution was first launched in the canals of the Netherlands in 2017. That execution of an idea swirling in one man’s brain is now on its way to protects the earth’s waterways from the marine debris that threatens to choke it. This new innovation is replacing the traditional, less efficient method of marine waste removal: humans on boats armed with nets.

The idea is simple: After guzzling plastics, microplastics, alien and pest vegetation such as algae and all types of floating debris with its mouth, it returns to shore to dispose of the waste. In addition to this ability to collect waste, RanMarine has pioneered the collection of live data from water-borne drones, to measure water health quality. The WasteShark is designed for round-the-clock waste collection, but it can also send data on water conditions back to a central command point. With 180 liters (47.5 gallons) of capacity and an eight hour runtime, this hardworking robot can remove 500kg (1100lb) of waste a day. 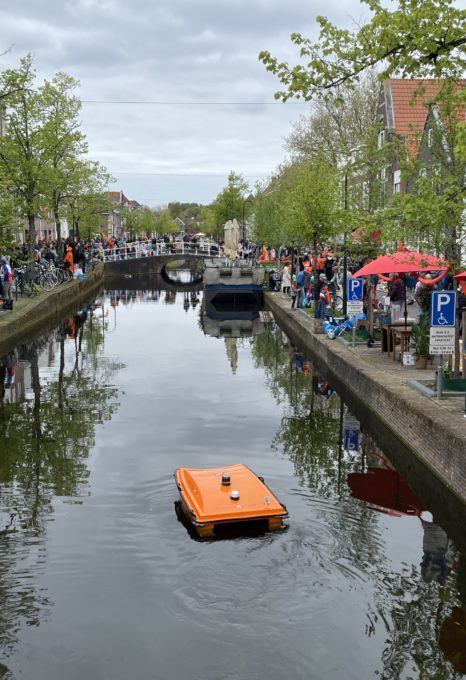 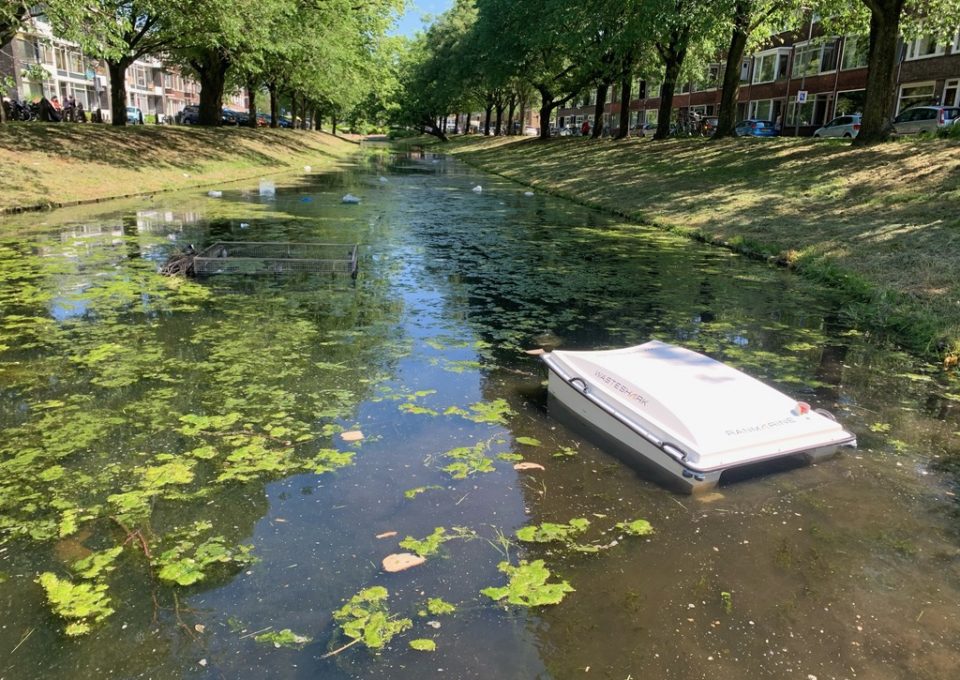 The WasteShark is also easy to use and deploy. It uses 4G onboard communications and an easy setup process. Additionally, the drone uses advanced battery technology ensuring emission-free operation on the water, and not adding to the water’s pollution. The technology is equipped for collision avoidance, and is perfect for canals, ports and along waterlines where plastics inevitably meet the ocean.

It can work both manually, operated with a remote, and fully autonomously. The autonomous WasteShark can detect when its battery is low and when its basket is full. It will then return to its docking station, or SharkPod. The SharkPod is the world’s first autonomous floating docking station for waste-clearing drones. With the ability to deploy, dock and charge up to five WasteShark drones at any time, this latest tool in pollution-fighting technology is enabling ports, harbours and cities to operate a twenty-four hour autonomous solution to remove floating waste from the water. With the ability to remove one ton of waste per drone per day, RanMarine expects the SharkPod to be capable of removing up to one hundred tons or more of debris and waste per month.

This hardworking robot can remove 500kg of waste a day.

A self-proclaimed “accidental environmentalist”, Mr. Hardiman is an entrepreneur at heart and believes that it is not governmental and non-governmental organizations alone that can and will improve the environment. He believes, and has proven, that businesses seeking profits will produce the innovations necessary to protect the planet. To stop or restrict economic activity is to restrict innovation, and innovation is our best weapon against the problems we face today.

From the US to the UAE, the UK to Australia and South Africa, the WasteShark’s global deployment has elevated this amazing invention to one of the leading solutions in the fight against plastic pollution in our waterways. Even better: RanMarine, the company behind the WasteShark, will soon have more than one size of the WasteShark available. The MegaShark, for example, will be made for open-ocean navigation. With an estimated one million plastic bottles entering the ocean every minute, it looks like it will be a welcome helper in the fight against plastic pollution in the oceans.